Medical University of South Carolina: From PACS to EMR


Around the sprawling Medical University of South Carolina (MUSC), Charleston, campus, it was not unusual, even a year ago, to hear clinicians complain about the amount of time and effort that they were obliged to expend in attempting to gain electronic access to fresh diagnostic images, even after they had been alerted to the availability of such studies by their enterprise’s electronic patient record system. Hematologist-oncologist Lawrence B. Afrin, MD, is chair of MUSC’s clinical information systems steering committee and director of information technology for the cancer center. As he explains, “In a fast-paced environment like ours, seconds count-and far too many seconds were being used up by the steps necessary to get at those images. You had to log into the clinical information system, search for your patient, and then begin drilling down to get a radiology report. If you wanted to look at the images associated with that report, you would have to go through that same log-in, search, and drill-down exercise all over again on a separate system. It was inconvenient and frustrating.”

He continues, “What users here began saying was that, since they were already inside the clinical information system and already looking at the patient’s radiology report, it would be nice if there were a button (marked image) on the report screen that you could click.” Immediately, the associated images would come up on the screen, with no need for the user to sign in to another system separately.

Today, such a button is offered on the screen, thanks to efforts at MUSC to integrate its picture archiving and communications system (PACS) with the enterprise’s clinical information system. Of the new procedure for obtaining access to images, Afrin says, “I log into the clinical information system and, just as before, I am automatically presented with my roster of patients. I pick the one whose data I want to review, I move the cursor to the column marked radiology, I double click, and up comes the list of studies, starting with the most recent and going back in time from there. I click on a given study, and up comes the report, but now, at the bottom of that report, there is a button that I can click for direct access to the images. Within 30 seconds or so, all of the associated images are loaded and ready for me to look at; this shortcut saves, easily, a minute or two every time I decide I want to take a look at images.”

Trimming 60 seconds may not seem significant, but it is to the MUSC staff. “Ask any physicians here. They will tell you that seconds count, especially when the activity is performed multiple times each day,” Afrin says. “I hear from my colleagues on this matter quite a bit, and what the attending physicians and house staff are telling me is that, when it is added up, they are gaining significant time throughout the course of the day because of this speed and convenience of access.”

Integrating PACS and the clinical information system was something that MUSC administrators and clinicians had talked about since 1992, the year that the two very different systems arrived on campus. “Because the high-resolution workstations were, in those days, so very expensive, PACS, for the first 5 years, was accessible only at diagnostic workstations in the radiology department and at a very few strategic locations around the clinical enterprise,” Afrin says. “Then, we began to see a rapidly increasing improvement in access when, in 1996, we acquired the technology to allow us to view PACS images on desktop computers. In 2001, we further upgraded our PACS distribution capabilities by adding the IMPAX Web 1000 image viewer from Agfa, which has been our PACS vendor from the start.”

The separate clinical information system, meanwhile, arrived while still in an early stage of product development. “One of its strongest selling points was its open architecture,” Mark Daniels, manager of patient support systems explains. “We felt that this open architecture would prove essential to getting us, as a best-of-breed environment, to the point where radiology images could one day be embedded, right along with all our other clinical data.” MUSC made its first formal moves in that direction in late 1997 by collecting insights from the information-technology group at Stanford University, Stanford, Calif, where the same clinical information system was in service. Daniels says, “Stanford had, earlier, acquired a document imaging system and was working closely with the vendor to develop a solution that would allow images produced by it to be integrated into their clinical data repository. We were interested in seeing how this was being done so that we could adopt their strategy and use it not only for document images, but also for radiology images.”

After gaining as much insight as possible from Stanford, MUSC turned to Agfa for a series of detailed discussions about integration. What emerged was a consensus that the best way to address the challenge might be to implement in PACS an internal key that would be stored in the database and capable of launching an image viewer to fetch the requested radiology image or images and bring them up on the clinical information system’s display. “We all felt that it would be possible to integrate this launch seamlessly,” Daniels says, “but the limitations of our technology were such that it was not, at that time, practical. It was not until the IMPAX Web 1000 viewer became available to us that we could surmount the problem and develop a very good solution.”

The crucial ingredient was a Java” bean, an applet for image viewing implemented as part of the IMPAX Web 1000 product. According to MUSC system engineer Duane DeWeese, the Java bean permitted the PACS to accept, from the clinical information system, a web address containing image accession numbers and patient identification information, thereby enabling the PACS seamlessly to serve, via the clinical information system, all images pertinent to a user’s request. “To make this happen, there was no need for any additional hardware, and we did not have to do anything to beef up the infrastructure,” DeWeese says.

A helpful feature of the solution crafted by MUSC is its ability to determine, ahead of time, whether there are any fresh images available for a user to request. The clinical information system submits a query to the IMPAX Web 1000 Microsoft Sequel® database to ascertain the availability of images the instant that the user reaches the radiology reports screen; if the PACS contains recently added images for that particular patient, then the clickable button that launches the retrieval process appears on screen. “If there are no images available, the button doesn’t appear,” Jay Crawford, MUSC’s manager of radiology informatics, says. “We set it up this way because one of the things that we saw in an early test was that the system would simply spin its wheels if we requested an image that was not available. Even if it was a case where the examination had been performed and those images were in the PACS (but not yet, as of that moment, residing separately on the IMPAX Web 1000), the system still would not initiate a request to retrieve those images from the primary PACS database to the IMPAX Web 1000.”

After Daniels and his team devised a general strategy for integration of the PACS and the clinical information system, he assigned DeWeese and Caroline Boyd, one of his senior developers, to perform the nuts-and-bolts tasks of bringing it about. Barely a month later, the job was completed. Two months later, operation of the fully tested and debugged integration began. “This entire effort turned out to be unbelievably simple, once we actually figured out what we wanted to do,” Daniels says. “At first, we thought that, to do this, we would need to obtain a separate interface. Then we discovered that doing so would be unnecessary because the IMPAX Web 1000 would support us using existing radiology accession numbers as the key. Then, the question was how to integrate with the IMPAX Web 1000 itself. Duane researched this and determined that we could actually launch IMPAX Web 1000 using a very specific [universal resource locator] that loaded the Java applet. As long as we passed all of the appropriate parameters, this would be seamless to the userit would just pop up in the browser.”

The most difficult phase of this project involved implementing security mechanisms to protect patient privacy and ensure appropriate user authentication and authorization. Prior to activation, several data access software packages had to be pushed to the client workstations. “This push-out effort occurred behind the scenes,” Daniels says. “Once that was taken care of, all that we had to do was redistribute our application. Because of the way that the automatic workstation-management process works at MUSC, we basically just drop a new executable  program file in a specific place on a specific server. Over the course of the following 6 to 24 hours or so, every time someone runs the application, it conducts a verification procedure with that server and pulls down the new executable program files that it notices are now available for it. That is all there is to it. We do not have to go to the workstations or tell the users to do anything different. Users did their drill-downs as before, and then noticed that, often, a button labeled images would show up on the screen.”

Training of users proved completely unnecessary. “It was entirely intuitive,” Crawford says. “If you want to look at images, you just click the button. You do not need training for that. All you have to do is tell the users what the button does and when it is going to show up on the screen.” Disseminating that information was handled primarily in two ways. Advance notice of the coming integration was distributed to all users by means of a message that appeared on the screen when users signed in for the first time at the start of their shifts. This message appeared many times over the course of several weeks, Daniels reports. In addition, an article about the integration’s imminent debut ran in the Catalyst, MUSC’s in-house newspaper.

The acceptance of clinicians was immediate and total. “Integration did not need to be championed,” Afrin says. “There was no effort required to build support for it; it sold itself. It was something that everyone wanted. When PACS itself first arrived, support-building certainly had to take place, but we had been using PACS for a decade by the time that this integration occurred. Everyone was quite familiar with the process of going to the computer to look at images.” As Daniels puts it, there was only one thing that physicians at MUSC told him that they expected from desktop integration: to save time. “We have made tremendous headway, thus far, in delivering the goods,” he says.

Rich Smith is a contributing writer for Decisions in Axis Imaging News. 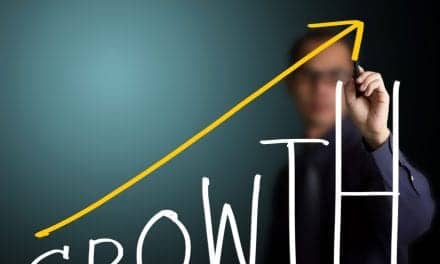