Bringing X-ray and Hope to Haiti 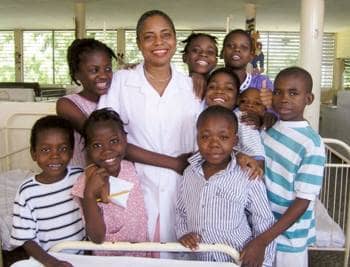 Young patients at Grace Children?s Hospital in Port-au-Prince will benefit from a Siemens hybrid portable x-ray unit donated by the manufacturer.

The ACR Foundation International Outreach Committee is involved in multiple projects around the world. After the devastation of the January 2010 earthquake in Haiti, this committee created the Haiti Radiology Relief Fund to assist with the rebuilding of radiology departments at Haiti’s medical facilities. Recently, the ACR Foundation facilitated the donation of a Siemens hybrid portable x-ray unit to Grace Children’s Hospital (GCH) in Port-au-Prince.

Grace Children’s Hospital was established in the mid 1960s as a tuberculosis hospital for children and over the decades evolved into a nationwide referral center for HIV, AIDS, and TB. In addition to their inpatient facility, GCH provided outpatient services such as pediatric and adult TB treatment, HIV/AIDS counseling and treatment services, a pediatric clinic, a state-of-the-art eye clinic, reproductive health services, and a nutrition clinic. GCH also ran a community outreach program that provided primary health care and education to the residents of Port-au-Prince. “Then comes the earthquake, and they pretty much lost everything,” said James Borgstede, MD, chair of the ACR Foundation International Outreach Committee, who was part of a delegation that visited the hospital in April of this year. “Grace Children’s Hospital geographically sits on two sides of a main street in Port-au-Prince. They [lost nearly] everything on one side of the street, which included all their inpatient facilities. Now they have a 20-bed pediatric ward and they have some adult outpatient services and family planning.”

Borgstede remembers walking through their temporary pediatric ward and looking at the very clean facility and kids and seeing the resilience and will of the local Haitian people to rebuild this institution.

When it comes to radiology, GCH is trying to make do with what’s left. “They still have a rather antiquated radiographic unit that survived on the ground floor of their old hospital. They are able to still do some of their imaging there. They air dry their films. That’s what they are doing now for radiology,” said Borgstede. 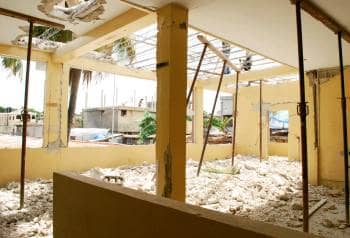 Grace Children?s Hospital experienced a great deal of damage during the January 2010 earthquake.

The ACR Foundation has a broad mission and plan to assist international efforts for developing countries. And for some of those efforts to come to fruition, they need the support of industry. That’s where Siemens came in. “We, speaking for the American College of Radiology, are very appreciative for what Siemens has done. They really stepped up to the plate and have shown great corporate responsibility and integrity in supporting this effort,” said Borgstede.

The donated x-ray unit, the Siemens Mobilett XP (Hybrid/Eco), is a hybrid that can be used in both plain film and digital formats and can easily be positioned for x-ray imaging in virtually all conceivable projections with the patient recumbent, sitting, or in any position in between. Some key features and benefits of this unit are its self-calibrating high power x-ray generator, which enables short exposure times; its high image quality with low radiation exposure; its light weight and compact design; its dual power sources (long-life rechargeable batteries and a conventional power outlet); and its ease of use. “The great thing about this unit is that it is a relatively straightforward unit to install, repair, and maintain. We are trying to avoid having something that sits there and looks nice but doesn’t work. This Siemens system will just be ideal for them,” said Borgstede.

“In a developing country, most of the diseases that they can treat can be diagnosed using either plain films or ultrasound. This hospital treated a large TB population, and many of the problems and complications associated with TB can be diagnosed with plain films,” said Borgstede.

International Child Care (ICC) and some key physicians, including Chuck Phelps, MD, a Dallas radiologist who initially brought GCH to the attention of the ACR Foundation, were instrumental in getting the Siemens unit into Haiti. Now that it has successfully arrived at Grace Children’s Hospital, the next step will be installing the system in their transitional facilities and getting it operational. “We need to have not only the equipment, but also the technologist and maintenance support. And that’s where Siemens has again been very helpful,” said Borgstede. The ACR Foundation is committed to assisting Grace Children’s Hospital long-term by supporting their efforts to rebuild the hospital destroyed in the earthquake. The goal is to ensure a sustainable radiology department to meet the significant needs of the country’s children. 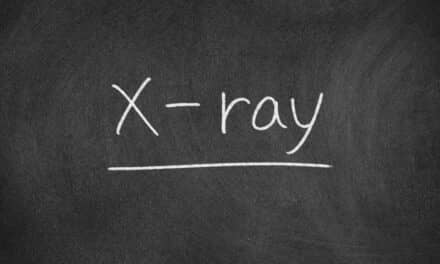 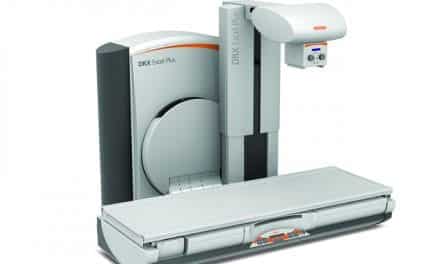