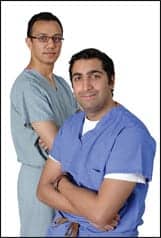 For ED physicians, an EMR system that integrates with radiology speeds up critical information flow and can help save lives. But EMR implementation—whether a multivendor approach or a single, out-of-the-box solution—poses multiple challenges.

Among the pillars of the new Obama administration is the move toward electronic medical records: Within 5 years, the country’s health information will be completely computerized—a massive spending proposal that is intended to reduce red tape, waste, medical errors, and unnecessary repeat exams. Such a move would save billions of dollars in health care costs. It would also set off a scramble in many of the nation’s hospitals to adopt the federal mandate. As the often tenuous electronic link between the emergency department and imaging department illustrates, pulling together disparate computer systems, workflows, and even diverse staff backgrounds presents serious challenges.

As many as 40% of emergency department patients will require some form of medical imaging. A patient entering the emergency department needs to be tracked, from both a health care, as well as a physical location, point of view Emergency physicians waiting on imaging results often have to track down not only initial reads, but the patients themselves as they move from intake to different hospital departments, including the imaging department, triage, or a waiting area. Among the factors slowing down the process—as well as workflow throughout the hospital—are reconciling disparate documentations by physicians, nurses, radiologists, and others.

“Traditionally, when the emergency doctor was reading the chest x-ray or the bone x-ray or whatever, they did the read and treated the patient based on his read. The radiologist wouldn’t read for another couple of days, and if he found something different, you’d have to call the patient back,” Chawla said. “EMRs have allowed them to give us instantaneous reads, so they’re helping with patient care in real time.”

Over the past 5 years, electronic medical records systems have gone from being integrated in a relatively rudimentary way to being much more tightly integrated within a hospital, according to Todd Rothenhaus, MD, senior vice president and chief information officer at Caritas Christi Health Care System, Boston. Rothenhaus is an emergency physician, and served as chief editor of the HL7 Emergency Department Information Systems Functional Profile.

“In the radiology space, integration with the emergency department system is actually relatively commonplace now,” he said. “It’s something the emergency department physicians desperately want; they want to be able to order everything for the patient in one location, so that means integration with the pharmacy, lab, and radiology or diagnostic imaging. Those basic messages have to support the basic workflow. Say the doctor wants a chest x-ray or a CT scan; how the results are reported to the physician is kind of a hot spot right now. Here at Caritas, we’re getting our radiologists and the emergency physicians together in how we’re going to support the workflow and reporting.”

Rothenhaus notes that it’s more complicated than a radiologist simply tracking down an emergency department physician when different interpretations occur. “What does a radiologist do when they know the ED doctor missed something or overread the study; how do they act on it? Certainly if it’s a critical thing, they’re calling down to the ED. But what if the patient was seen overnight and the radiologist is reading at 8 in the morning? The doctor who saw the patient is home sleeping, and the doctor in the ED has no idea about the patient.”

An integrated electronic medical record can have established protocols for how to handle such cases and ensure that the secondary read isn’t lost in the cracks. EMRs can also be used to establish standards for care, which can help in workflow.

“This is where you’re talking about the real on-the-ground interface between the emergency department and imaging resources,” said Steven Davidson, MD, chairman of the Department of Emergency Medicine at Maimonides Medical Center in Brooklyn, NY, a hospital that annually sees about 98,000 emergency department visits. “We’re a very busy tertiary care hospital with lots of very sick patients. Let’s just take all the vascular studies that get done. CT angiograms for all the usual reasons—aneurysm, thrombosis, pulmonary embolism, brain studies, and stroke patients. Our radiologists are quite content with a 20-gauge IV access for dye for the majority of vascular CT studies, but if you’re going to do a coronary CTA, they want an 18. When you have an EMR in the emergency department and you’re placing your orders for the imaging, you want to be able to interact with the record to remind the doctor and nurse to send the patient to radiology with the right venous access.”

One of the biggest obstacles hospitals face, Davidson and others say, is standards on interoperability.

“It’s a real challenge because the radiologists want XYZ PACS because it supports their workflow the best, but how well does that PACS operate with the hospital’s EMR or CPOE system?” Davidson says. “How well does it interoperate with the hospital’s billing and revenue cycle management?” At Maimonides, the hospital went through three vendors before getting equipment that would work well together, and they participated actively in the build. Not every hospital will have the resources to dedicate to that lengthy process.

“It’s very expensive to do these things, quite expensive just to buy the technology, and then few hospitals, very few hospitals, have the level of expertise in every necessary realm to implement these systems,” Davidson said. “Project management is not widely practiced in hospitals, so there are very few people with those skills. Often the only group that has any project management skills is MIS. Then there’s the whole issue of the expertise in pulling off the integration, which may entail interfaces, understanding of clinical workflows, and then working with doctors and nurses to develop best-practice workflows and train all the people who need to be trained to the change. These are labor intensive, and few hospitals have the labor to do all this and still take care of sick people.”

Chawla said such a wholesale change is “the epitome of change management.” Fellow emergency department attending Raj Chand, MD, said the process at their suburban Washington, DC, hospital group, which sees 100,000 emergency patients each year, took much longer than anyone on staff anticipated.

“For the most part, the vendors have interoperability as a major group, but they’re not as seamlessly integrated as we’d like,” Chand said. “Some of those things don’t exchange data or accept data as well as we’d like. The big difference between what’s going on in the business world and the health care world is in business, it’s about billing and shipping. In the health care world, it’s housekeeping, social work, transporters, radiology, the lab. We had 40 different operating systems. Some talk to each other, and some don’t. There’s really no one standard that one can specifically conform to. Usually, someone has to build an interface. It’s on the order of several thousand dollars per interface. A lot of the systems that are newer will talk to each other right out of the box, but not all.”

Current estimates are that 30% to 40% of all emergency departments have some form of information technology, but it’s not comprehensive, Rothenhaus said. “Within the next 5 years, a half to two-thirds will have a comprehensive emergency tech system. You don’t have the same public demands coming down for EMR as CCHIT certification,” he said, adding that the full requirement is probably 7 to 10 years away. “The first systems have just recently been certified for EDs. I think it’s early in the cycle, too early to only look at certified systems in the ED space. But a vendor who isn’t thinking of certification downstream is in big trouble.”

In the meantime, the maze of disparate systems has created a niche market for Binovia, a Riverside, Calif-based informatics and biomedical consulting group that has helped many hospitals set up or expand electronic medical records systems.

“We’re making sure the interoperability is there,” said CEO Jesse Fisher. “Every rollout of an EMR is going to have problems. Binovia’s purpose as a service company is to fix those problems. In a normal rollout, PACS administrators will have an RT background, relying on their IT department, which isn’t necessarily as focused on patient care. Everybody is talking at their own level. We’re taking a general overview; we’re tracking that data from where it starts with the patient all the way to medical records. We don’t have to have five different entities speaking to each other about their own perspectives.”

In one client case, a small hospital in Arizona, which did not have a PACS administrator, wanted to integrate its RIS into EMR, but weren’t sure if it could afford to do so. “We found they already had purchased the module, and most of the elements were there even though the RIS company was telling them they needed to spend $24,000 more to install. It was probably a 3-hour effort on our part because of our familiarity with the integration.”

Those kinds of cost savings are important in an era with declining reimbursements and a growing number of patients. And many hospitals already have the tools necessary to be fully EMR compliant, even though they haven’t purchased an established system, Fisher said. But no one is certain whether that will be enough to satisfy the government mandate.

“We’re seeing that a lot of facilities are electronic and they do have HL7 messaging. If they have RIS and PACS and send their billing to an off-site company, basically those imaging centers that have done that are electronic. A lot of hospitals are doing it the exact same way. What does EMR truly mean? Do you need one database to store everything and label it an EMR, or are the hospitals going to be able to tell the government at that mandate period, ‘We have our systems integrated.’ It might come down to an economic crunch. Banks are not willing to lend money out like they were even 1 year ago. Because of that, hospitals will have to do with what they have, making the systems they have last long enough until the economy gets out of this slump.”

The process, whether a multivendor approach or a single, out-of-the-box solution, is slow. “It takes at least a year’s worth of advance planning in terms of selecting a vendor and the actual implementation is another 3 to 4 months, and the bulk of that is a month before you go live and a month after,” Chand said. “The month after is a critical time because of all the change that happens. People have worked in a certain pattern for a time; now you’ve turned everything upside down. The practice of medicine is still the same, but the flow of information completely changes. You need to figure out where the road bumps are.” 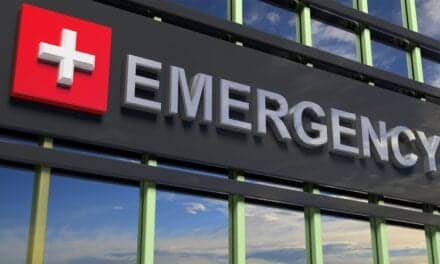 A Run for the Roses: Managing the Efficient Radiology Facility 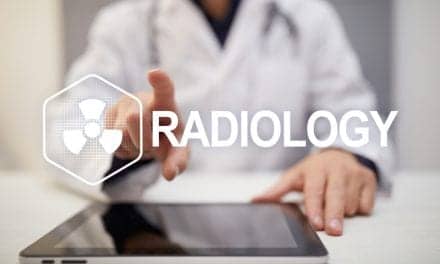 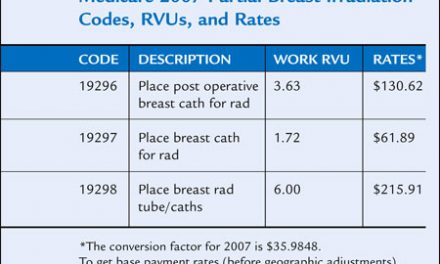