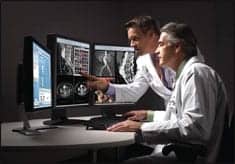 The latest generation of thin client and “smart” client PACS are doing more than just allowing radiologists to be mobile. They’re saving money.

Radiologists need a PACS in 2009 like a fish needs water. But while water is free to a fish, a modern PACS is a necessary expense for hospitals and imaging centers. The good news is that the new trend in thin client and “smart” client PACS is creating cost savings in manpower, time, PACS migration, and hardware. Better yet, thin solutions are more scalable and customizable, enabling both big and small fish to get all the PACS they need at lower costs—and without sacrificing mobility or functionality.

The Trend to a Thinner PACS

To understand the cost and time savings that have been achieved in the last few years with thin client-based PACS, one must first understand the difference between “thick,” “thin,” and “smart” or “Web-based” PACS.

Thick. If you are a radiologist on a thick client PACS today, it means that your advanced image processing—your cine MRI, 3D rendering and multi-planar reconstruction (MPR), and digital data sets—is being handled on your very own workstation or “client.” That workstation is essentially a $50,000 desktop computer with superfast (and expensive) computer chips, a huge amount of memory, and loads of hard disk space attached to two 3 megapixel monitors. For that price (sometimes more), you purchased a single, local machine that quickly manipulates those diagnostic images and archives many, if not all, DICOM imaging modalities.

The old thick client model works, but is expensive for several reasons:

The above client model represents the Dark Age of PACS—just 4 or so years ago. Enter thin client and smart client or Web-based PACS.

Thin. In theory, a truly thin client PACS is one where all of the sophisticated image processing needs are handled by a secure, centralized server with high processing power. Costwise, that means that each radiologist no longer needs a $50,000 workstation in front of him. No matter where they are in the world, a recent Windows XP, off-the-shelf computer with Internet Explorer is all that is really needed. Absolutely no PACS software is installed on the user’s computer. Physicians just log onto a secure Web site, and it is as if they are working on the old $50,000 workstation, without any loss of functionality.

In practice, the thin client model is not quite to that level, but is very close. Merge Healthcare, Milwaukee, has just introduced its new Web Access product through various OEM PACS partners. The current product is a referring physician viewer that Merge describes as “zero client,” but it does not have 3D rendering and more advanced image processes—yet. However, a full-radiology, feature-rich version is set to be released late in 2009 or early 2010.

Smart or Web-based. Most Web-based PACS are what some vendors call “smart client.” Like true thin client, a centralized server still handles most of the image processing for every user, but the radiologist’s off-the-shelf computer still has some kind of viewing software or toolset that is downloaded from the Web. Click that downloaded program, and the radiologist is logged in and connected to the server. The server handles the graphics-heavy processing, but the radiologist’s computer handles some functionality as well. In theory, any modern laptop hooked up to a proper set of monitors could be a radiologist’s workstation.

Ed Heere, president and CEO of CoActiv Medical, Ridgefield, Conn, said, “The smart client that we use does not require a lot of horsepower. It basically will run on a very early Windows technology. It doesn’t even require XP, but will run on earlier versions of Windows. So it’s a client that’s been optimized to run on minimum hardware requirements. That’s one of the reasons why we refer to it as ‘smart client.’ “

Joe Maune, director of product line management for healthcare information services at Carestream Health, Rochester, NY, said that Carestream’s solution—while not absolutely a thin client—is still much less work for the IT department.

“The full tool set does require a component to be downloaded, but that’s kind of the best of both worlds. You deploy it by logging in, but you don’t have to get the IT staff to come out and install that application. Yet you can roam, go from hospital to hospital, log in from the floor, and have your application profile follow you around.”

Atul Agarwal, director of Web applications at the OEM division of Merge, lists the cost advantages of thin. He said, “With thin client, since all of the processing is happening on the server, you don’t need a high end machine, as long as it’s a decent, up to date machine with a 512 to 1G of RAM with a Pentium 4 CPU. So there’s a huge savings there, especially if you have a lot of referring physicians who need a workstation to review these images.”

The other advantage, according to Agarwal, is that with true thin client, since there is no downloading or installation of anything, the IT department no longer has to worry about installing, maintaining, and upgrading every workstation with PACS upgrades. Similarly, with most smart client PACS, what little software there is to download is automatic, requiring minor or no attention from IT people.

Agarwal said, “We were talking to a hospital that had almost 10,000 users. So you can imagine how much work it is to install software on those 10,000 workstations. With a solution that’s zero client, you don’t have to install anything, so there are huge savings in terms of IT headaches.”

Thinner clients also eliminate the costs of burning reports onto CDs and courier expenses. In addition, turnaround time is drastically reduced with physicians typically receiving an e-mail notification that their report is ready to be viewed online.

Another cost advantage is that thin client technology has low bandwidth requirements, so no need for that T1 line into the remote radiologist’s home or reading center. A standard DSL or cable line will do just fine. Some say that even a dial-up is manageable, although performance will be slower.

Scott Berger, MD, PhD, is the vice chairman of radiology at Putnam Hospital Center, Carmel, NY, and Newtown Diagnostic Imaging, Newtown, Conn. He confirmed that he had not lost any functionality or sacrificed processing speed wherever he uses his smart client PACS from CoActiv.

One of the issues that make IT people reluctant to change PACS vendors is the time and expense of migrating old archives from the old PACS into a new vendor’s system.

The recent consolidation of outpatient imaging centers and hospitals can mean consolidating disparate PACS systems from the old and new facilities. In a worst-case scenario, members of a radiology group would have to own, maintain, and learn how to operate three or four different proprietary thick client PACS. The radiologist on call would have three worklists from three different hospital PACS, trying to decide what exams were priorities.

Fortunately, thin client systems are beginning to address those issues. By shifting the image processing to the thin client server and using corresponding “tunneling” software, radiologists need to work with only one central PACS program that feeds in the images and worklists from all the disparate archives of the various institutions.

This new type of configuration can be a huge cost advantage for the recently consolidated, according to Maune. “If an organization really wants to drive workflow efficiencies across all facilities, they have a choice of either living with all of the systems that they have and be inefficient or replacing all the systems in these facilities with one brand of RIS/PACS so they can create the workflow that they need. That’s a huge capital outlay if you’re looking at three or four hospitals, of which you’re going to have to integrate one of those to the same vendor.”

Carestream recently announced that it would be introducing its SuperPACS some time in 2009. The system will utilize a Web-based client PACS that leaves the old systems in place, while allowing Carestream’s viewing software and tool sets to create a virtual single PACS environment on top of the existing PACS investment.

The modern thick client PACS concept has been around since the 1990s, yet there are many facilities that have never owned a PACS and are still reading films. The main reason is not that small community hospitals are against the digital age, but cost and the fear of obsolescence of those workstations and the subsequent loss of their investment.

Thin client systems may now relieve those fears. Because thin client systems no longer rely so heavily on local workstations, hardware obsolescence is mainly relegated to the servers only. In addition, without the cost burden of expensive workstations, PACS companies are able to offer customized, scalable software licensing models that are affordable to both small and large institutions.

Of course, software licensing, maintenance, and updates are not free and never will be. But now, instead of buying a complete PACS system for, say, $2 million, vendors offer more affordable, flexible, per-click, per user, and per workstation pricing models in addition to the complete unlimited user packages.

For example, CoActiv’s model offers a tiered server license based on the approximate number of exams done on an annual basis. The diagnostic license, which can include all of the 3D rendering and advanced image processing, is licensed by workstation.

As for upgrades and obsolescence, full version upgrade software “refreshers” are all included in the maintenance fee, which is currently 12%, according to Heere.

Other vendors offer their own maintenance packages that is typically a percentage of the yearly license fees, usually somewhere between 10% and 18%, depending on site visits, hardware, and the need for 24/7 response.

Homan said, “With Carestream, I’m not licensing or paying for an unlimited amount of licenses for a system where I have 80 physicians, yet only 10% of them actually ever view images. And of that 10% who actually view images, maybe only 20% of them tend to be viewing at one given time during their office hours of Monday through Friday, maybe 8 to noon, or 8 to 5.”

Maune said, “Most of our customers do a capital purchase of the system, including the licensing. Others are looking to pay via either lease or a per procedure/per usage basis. We have different financial models to handle that as well.”

For reading groups that serve multiple hospitals, Maune added that they might prefer models that are on a procedural/per use basis, as opposed to a per user basis.

The Future of Thin

Vendors agree that thick is out and that thinner and thinnest is in. Ultimately, true browser-based thin client models will become more routine, especially as radiologists and referring physicians demand 24/7 access and worldwide mobility.

Along with the thin trend for PACS will come more integrated thin client and smart client RIS/PACS packages. As with thin PACS, the smart or browser-based RIS/PACS thin client solution will decrease the workload for the IT departments that will focus their maintenance resources on the RIS/PACS server, rather than on multiple workstations.

Of course, the move toward a single vendor’s thin RIS/PACS solution means that institutions using unrelated PACS and RIS vendors will have to let go of one vendor’s PACS or RIS. For some IT departments and radiologists, this can be akin to choosing between favorite children. Even so, the thin client model is winning more fans every day.

Tor Valenza is a staff writer for Axis Imaging News. 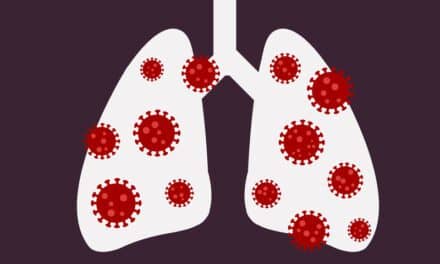