I am writing to express concern about an article entitled “AAMI-sponsored regulation group submits to FDA.” The article appeared on page 29 in the December 1999 issue. I have received several phone inquiries that indicate that your readers have been misled by the article.

The agency’s strategy for minimal regulatory controls over the remarketing and servicing industries is based on cooperation between the various stakeholders and FDA. The AAMI proposal established a commitment by those organizations that participated in the Industry Task Force to develop an effective voluntary program for self-regulation. Accordingly, we plan to issue a guidance document that will probably incorporate a significant portion of the AAMI proposal. After publication of the guidance document, we will evaluate the need for further federal regulation beyond what is already required.

The article “Pre-Owned Equipment … When it’s the Right Choice,” in the February 2000 issue touches upon a number of interesting and pertinent matters. However, unless this article was written five years ago, the information under the subheading FDA guidelines is incorrect. The new GMP, now called the Quality System (QS) Regulation, was published in final form Oct. 7, 1996. There is no revision pending, nor draft that was to have been issued in the month of February 2000. Medical device GMPs have regulated the industry since 1978, not 1987 as the article states.

If the engineering design is not modified, the third-party refurbisher would be obligated to verify and validate that the refurbished equipment meets all of its original safety, effectiveness and performance specifications.

Regarding any claims the third-party refurbisher makes about the reconditioned equipment, he/she would be held responsible to provide scientifically valid evidence supporting those claims.

This section of the article gives an incorrect and distorted impression of the regulatory obligations imposed on refurbishers, and I think it would be important to publish an appropriate correction. 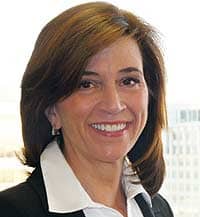 Not Just Smoke and Mirrors