Royal Philips Electronics NV will buy Intermagnetics General Corp, maker of superconducting magnets used in MRI scanners, for about $1.3 billion. According to a report posted on Bloomberg.com, Philips will focus on growing the medical unit to increase sales and make earnings less sensitive to economic swings. Sales in 2005 for the medical division were $8.1 billion, making it the company’s second-largest unit, while Latham, NY-based Intermagnetics had sales of $304 million in the four quarters ended Feb. 26, according to the article. “In the short term, we expect to gain equipment market share and to grow the installed base by expanding our product offerings with an accelerated innovation rate and a lower cost supply chain,” Jouko Karvinen, CEO of Philips Medical Systems, said in the statement. Intermagnetics also sells MRI compatible patient monitoring devices and radio frequency coils to hospitals. CEO Glenn Epstein will join Philips to lead the company’s MRI business. The company was founded in 1971 after being spun off from General Electric Co. 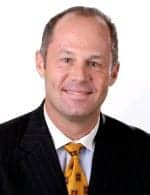