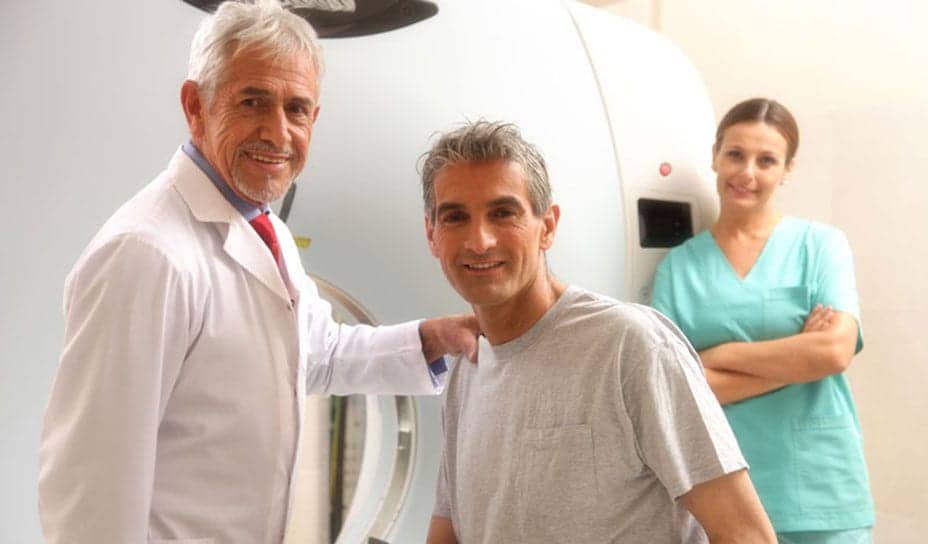 New research and product innovations in contrast media and radiopharmaceuticals continue to provide promise in this exciting sector of imaging.

Overall, the US contrast agent market should grow modestly until at least 2023 due to an aging population and the expansion of healthcare coverage, reported industry analysts at Burlington, Mass-based Decision Resources Group in December 2014. In addition to growth in the patient population, the analysts predicted that physicians may begin ordering more diagnostic procedures involving contrast agents due to the marketing of new products, advances in dose reduction for existing products, and recent research findings that contrast agents may actually be safer than previously thought.

“The number of contrast-enhanced procedures is growing year over year, and we are seeing increases in the volume of our contrast media being used,” said Salvatore DeSena, MD, MBA, director of medical affairs for GE Healthcare, which already has a sizeable product portfolio of contrast agents for ultrasound, CT, x-ray, MRI, SPECT, and PET. “Over the last 5 years, our global x-ray and MR contrast media volume has grown 47%.”

For an example of how new contrast agents expand the market for all radiopharmaceuticals even as they increase competition, look no further than Bracco Diagnostics’ new ultrasound contrast agent Lumason (sulfur hexafluoride lipid-type A microspheres). Lumason, which is sold outside the United States as SonoVue, finally received US Food and Drug Administration (FDA) approval in October 2014. The injectable suspension is indicated for use in adults with suboptimal echocardiograms because it can help make the interior of the left ventricular chamber more visible and improve the delineation of the left ventricular endocardial border.

Lumason’s entry into the market brings the total number of FDA-approved ultrasound contrast agents to three. The other two are Lantheus Medical Imaging’s Definity and GE Healthcare’s Optison. If Lumason is marketed heavily to ordering physicians—as pharmaceuticals that take a long time to get FDA approval typically are—it could lead to greater awareness of the benefits of contrast-enhanced ultrasound and subsequent increase in use of all the ultrasound contrast agents, noted Decision Resources Group analyst Stephanie Wood.

Another notable product development was the January 2015 FDA approval of Bayer HealthCare’s Gadavist (gadobutrol) injection for use with MRI in patients less than 2 years of age to visualize areas with disrupted blood brain barrier and/or abnormal vascularity of the central nervous system. The approval includes use in neonates, and previously, there was no gadolinium-based contrast agent approved for use in patients under age 2. It is therefore an important clinical advancement.

Alongside the marketing of new products, studies showing the safety of existing products continue to come out. The most notable new research finding in the past 6 months was the study by Mayo Clinic researchers in the December issue of Radiology. By comparing outcomes retrospectively for 21,346 patients who had abdominal, pelvic, or thoracic CT scans between 2000 and 2010, the researchers were able to show that patients who had CT scans with intravenous iodinated contrast material were no more likely than patients who had noncontrast CT scans to develop acute kidney injury, undergo dialysis, or die.

Concern about kidney damage and other side effects of contrast agents and radiopharmaceuticals is, of course, one of the limiting factors of their use, and a study like this one with a large sample size and propensity matching could increase physician comfort with ordering contrast-enhanced studies.

In addition, a prospective multicenter study published in the March issue of Investigational Radiology also found that MRI of the liver with the contrast agent godoxetate disodium in patients with moderate to severe renal impairment did not raise any clinically significant safety concerns and no cases of nephrogenic systemic fibrosis (NSF) developed in the 357 cases observed.

However, at the same time as physician awareness of the safety and benefits of contrast-enhanced studies could increase the use of contrast media, there also are forces pushing down their use. One of those noted by the Decision Resources Group was that the same radiation dose improvements that increase ordering physician comfort with contrast will also mean lower doses of contrast agent per study. In the future, contrast agent manufacturers may need more studies ordered to sell the same amount of contrast agent.

In addition, the continuing problem of an unreliable supply of the isotopes needed to make the radiopharmaceuticals used in SPECT is a limiting factor. That is why SPECT imagers cheered the FDA’s January approval of a supplemental new drug application that allows Jubilant HollisterStier (JHS) to be a new manufacturing site for the brain perfusion imaging agent Neurolite (technetium Tc99m bicisate).

“FDA approval of JHS as a new manufacturer of Neurolite is a major step forward in ensuring that there is long-term, sufficient supply of Neurolite available to meet market demand,” stated Jeff Bailey, president and CEO of Neurolite’s developer and manufacturer, Lantheus Medical Imaging.

An ongoing trend in contrast media is the effort to improve packaging. Already this year, GE Healthcare has begun offering all of its iodinated and MRI contrast media products in a more environmentally friendly packaging it calls +PLUSPAK. Unlike traditional glass bottles, the +PLUSPAK multipack plastic bottles are lighter and easier to ship, don’t break when dropped, and can go straight into municipal waste systems. (Glass bottles must be disposed of in sharps containers and autoclaved before being sent to a landfill.)

In November 2014, Bracco Diagnostics Inc also introduced packaging that addresses the waste in contrast agents inherent when facilities cannot use a traditional Pharmacy Bulk Package (PBP) for multidose contrast media and single-use packaging is the only accrediting body-compliant option. Its ISOVUE (iopamidol injection) Imaging Bulk Package (IBP) is the first FDA-approved multipatient, multidose compliant contrast medium for point-of-care use in CT suites, according to Bracco.

A final important trend is concern about patient comfort. Iodinated contrast as an oral agent typically tastes bad, and patients, particularly pediatric ones, may have difficulty swallowing the full dose. GE Healthcare had already begun to make its Omnipaque (iohexol) contrast media easier for patients to take orally. Now Beekley Medical, Bristol, Conn, offers a full line of flavored beverages. The newest, Breeza flavored beverage for neutral abdominal/pelvic imaging, has a light, refreshing lemon-line flavor and is sugar-free and gluten-free. It is sold in 500 mL bottles designed to be appealing to patients. Each bottle even comes with a straw.

Looking ahead, the future does seem bright for manufacturers, imaging providers, radiologists, and patients when it comes to contrast agents. As more contrast agents are developed, including expansion in use of contrast agents for brain imaging as part of Alzheimer’s diagnosis, and new applications are found for existing products, the clinical impact promises to be exciting.

Lena Kauffman is a contributing writer for AXIS. 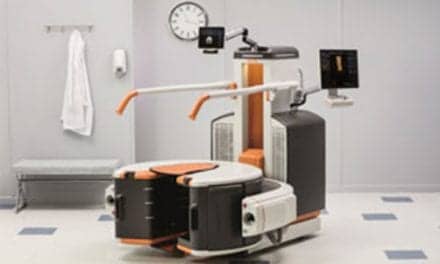