With 44 million American women and men either suffering from or at risk for osteoporosis, a growing interest in preventing low bone density from patients, referrers, and insurers is raising the profile of bone mineral densitometry (BMD). About 80% of the patients with low bone density are postmenopausal women. In fact, a 50-year-old woman has a 40% lifetime risk of an osteoporotic fracture, according to a paper published in the May edition of the New England Journal of Medicine. The personal and financial costs of these fractures are high. Between 15% and 20% of elderly women who suffer a hip fracture will die from attendant complications. According to the National Osteoporosis Foundation, osteoporosis cost the US health care system $47 million per day in 2001.

With improved reimbursement and a low financial threshold for market entry, BMD testing is proliferatingincreasing from 1,582,552 tests in 2000 to 2,228, 904 in 2003and radiology is seeing increasing competition from other subspecialties, notably orthopedics, endocrinology, and rheumatology, in addition to primary care physicians. About 14,000 dual energy x-ray absorptiometry (DEXA) machines are sited across the United States.

The Cleveland Clinic in Ohio, which installed its first DEXA machine in 1988, currently has 10 DEXA machines and does between 10,000 and 12,000 tests per year. The increase in testing is a result not only of growing knowledge of the importance of bone density by women and referrers, but changes in attitudes of insurance companies. “We did mostly research [in the late 1980s and early 1990s]. It’s only been since 1995 that reimbursement has existed and people actually started ordering it for a clinical utility,” says Bradford Richmond, MD, section head musculoskeletal radiology, at the Cleveland Clinic.Â  Between 10% and 20% of his practice is dedicated to BMD. “Up until that time, there weren’t that many drugs available and people didn’t know much about osteoporosis; with the approval of the drugs since then, there are now some effective therapies.” Reimbursement for BMD is about $126 per test, which, according to a major DEXA equipment vendor, means that a hospital or imaging center would have to do only one test per day in order to make the service pay.

And, based on the climbing test numbers, it could be very lucrative for both hospital and imaging center-based radiology departments. At the Wake Forest University Baptist Medical Center, Winston-Salem, NC,Â  its single DEXA machine does about 3,000 BMD tests per year, a number that is increasing at a rate of about 500 per year, according to Leon Lenchik, MD, a musculoskeletal radiologist and associate professor of radiology at the school.

The growing recognition of the importance of BMD has also meant that there are now backlogs at some facilities. At the Torrance Memorial Breast Diagnostic Center, Torrance Memorial Hospital, Torrance, Calif, there was a 6-week BMD backlog. The center’s single DEXA scanner does 2,800 BMD tests per year compared to its 30,000 mammograms. For the Southern California-based women’s imaging center, demand has been driven by women asking for referrals from their primary care physicians, says Patricia Sacks, MD, medical director of the Breast Diagnostic Center and director of the breast cancer program. “I think as this [health issue] gets picked up by the magazines women read, they do request more of these tests of their physicians,” she says. “If a woman asked us for a [BMD test], we would then contact their physician for a referral. Many of them are seeing family practitioners and gynecologists who will recommend that women entering the perimenopausal period, which is around age 45 to 50, have a baseline bone density test.”

Most clinical tests are done using the DEXA machine because of its lower radiation output, which is about 1/30 of a standard chest x-ray. CT is also used to perform the test, but entails a higher radiation dose, says Sacks.Â  “Follow-up every year or two would be a problem.” The radiation dose for CT is about 10 times that of DEXA.

Like mammography, it is recommended that all women 65 and older receive regular screenings at least every 2 years. There are exceptions to this, including women who have had cancer, have taken steroids, or have a family history of early onset osteoporosis, all of whom should be tested at a much younger age.

Men need to be tested as well, but, because of their denser bone structure, not until they are at least 70, according to guidelines published by the International Society for Clinical Densitometry. Richmond notes that he is seeing more men and more children.

With a large potential patient base, standardized equipment, and insurers willing to reimburse for the test, the primary issue facing hospitals and imaging centers is setting up an efficient system to accommodate the patients.

At Torrance Memorial Hospital, there is a growing trend to include the BMD test along with the patient’s annual mammogram. The additional time is minimalthe DEXA scan, which does not require the patient to get undressed, takes about 20 minutes. The newer machines score the tests automatically. Though the cost of the DEXA machine is low, it does require an entire room, which can present a challenge for space-strapped departments.

Including BMD as part of its women’s services made sense to Sacks and Torrance Memorial Hospital administrators when they were setting up the breast cancer program in 1987. “We felt it was reasonable to start screening for osteoporosis because it became evident that it costs this country a fortune when somebody has a fracture,” she says. “She goes into the hospital, and the mortality rate from osteoporosis can be very, very high, as high as 25% in the first 3 months, because these patients die from pneumonia, they get bladder infections and all sorts of other problems. So osteoporosis is a very significant condition.”

While Torrance’s DEXA machine is implemented within its breast imaging center, the Cleveland Clinic’s 10 machines are distributed throughout the system. Several of the machines are not directly under Richmond’s control, though he and his staff assist with quality assurance.

At Torrance Memorial Hospital, the Cleveland Clinic, and Wake Forest, all of the radiology technologists are cross-trained to provide the BMD test. At Torrance, the vendor trained a small group of technologists, who, in turn, trained the rest of the staff. The hospital also provides funds for technologists to attend educational courses. At the Cleveland Clinic, there are 10 technologists who perform the scans. All are certified by the International Society for Clinical Densitometry and receive 6 months’ training to learn all the various DEXA scanning devices using a buddy system.

The primary key to the success of a BMD program is not just having a trained staff or cutting edge equipment. It is developing a network of referrers who will send their patients to get the test. This requires that BMD providers educate referrers and their patients about the importance of the test.

At Torrance Memorial Hospital, brochures about BMD are provided to patients when they come in for their mammography screening. The hospital also provides educational series for patients. Sacks says that there have been few problems in getting referrers to send their patients in for a test. “A woman is known to lose a significant amount of bone density during those

5 years when she’s going into menopause. The doctor very often will do her study, and if it shows that it’s slightly low, he or she will follow it, and then there are very excellent treatments,” she says. “So they have been very compliant in this sense.”

The Cleveland Clinic’s educational efforts have been focused more toward physicians. “I think part of the problem is the kind of practice that people have…now,” Richmond says. “Patients come in and you deal with the immediate problems, and [BMD] might be a back-burner issue that you will eventually get to; but if you have something that’s more acute, then BMD is not a primary issue at the time.”

However, Wake Forest’s Lenchik says that earlier education efforts have made additional seminars and such moot for his department. “The market is mature now, so there’s no need for that,” he says. “I think pretty much everybody knows the reasons to get a [BMD test].”

Even with a good referral network, the low financial threshold to entry into the market makes it a crowded one.

Competition is dependent on the local marketplace. In Cleveland, for instance, even though there are a few orthopedists and other subspecialists doing BMD, the city’s two hospital networks do most of the testing, Richmond says, so competition has done little to affect the Cleveland Clinic’s volume. “It does impact a little bit, but part of it has to do with insurance,” says Richmond. “We actually have people who come from University Hospital, up the street from us; they can see a doctor there, but they have to have their scan here. It’s all contractual.”

In Torrance, there is essentially no competition, says Sacks. This could be a function of licensing issues as well, adds Mari David, administrative director of the Breast Diagnostic Center. “It’s also x-ray, and you have the licensure and requirements associated with the state [of California to provide it],” she says. “For someone in a general office to want to comply with that, it really is very difficult.”

Wake Forest led the way with the first DEXA machine in its region. The market is now fully matured, and Lenchik says that he would not mind relinquishing the test to nonradiologist competitors. “In the case of densitometry, I don’t think that would be a bad thing,” he says. “I think, with regard to patient care, it’s an easy enough test to interpret. I don’t think you need to be a radiologist to interpret the study effectively. I think in terms of all the capital costs and all the technical know-how needed to run a center, pretty much anybody is capable of doing it. In terms of income for radiologists, it’s a very small part of the profit. I think for patient care reasons and for economic reasons, if it [was taken away by subspecialists,] it wouldn’t be the end of the world.”

Sacks and David disagree with this perspective, believing radiology-delivered DEXA has patient-care benefits. “I think one of the advantages is that a woman can come in and do these together,” says Sacks. “You can take care of preventative maintenance in her bones and breasts at the same time in a place where she knows we’re doing multiple examinations. We’re competent, we have the newest machinery and well-trained technicians. That’s the way you counter competition.” 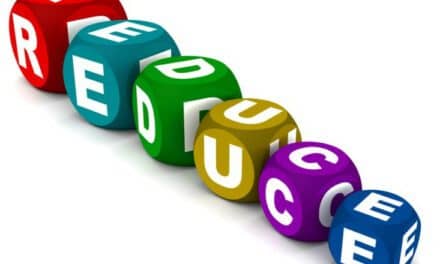 Amid Global Shortage, Study Shows How to Cut Contrast Dye Use 83% 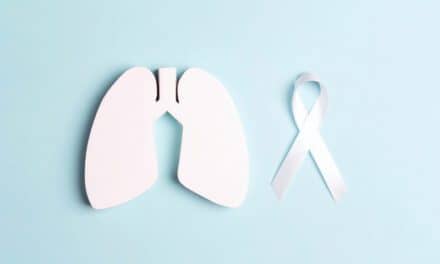 When Patients Get an Artificial Heart, Rads Play a Role