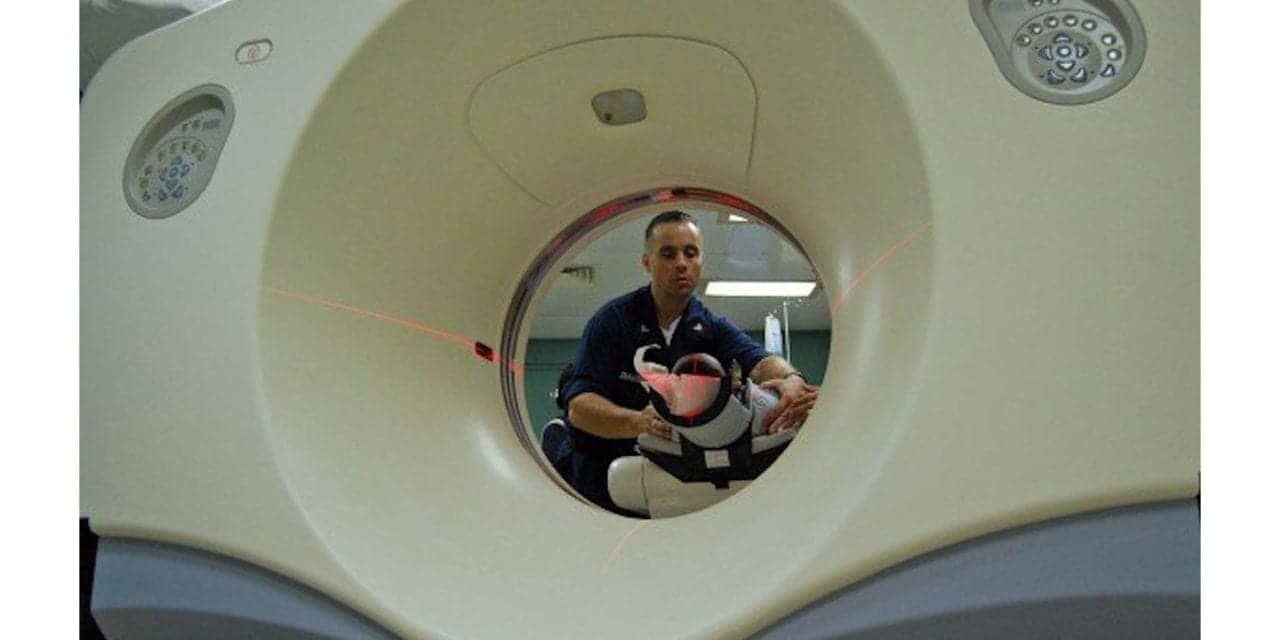 A new study by a University of South Australia medical imaging student may have found a partial solution to long wait times for scans: imaging trauma patients with whole-body CT (WBCT) scans, which are a lot faster and more accurate than conventional radiology procedures.

In a recent paper published in the European Journal of Radiology, Elio Arruzza and his co-authors found that WBCT drastically cut the time spent in emergency departments as the procedure is far quicker than the traditional method of x-rays, ultrasound and selective CT scans of individual body regions.

WBCT is broadly defined as a CT scan of the head, cervical spine, chest, abdomen, and pelvis. The superior diagnostic accuracy of WBCT also makes it less likely that injuries will be missed or even misdiagnosed, which happens with conventional imaging in up to 39% of cases, Arruzza and his coauthors found.

However, WBCT imparts more radiation dose than other imaging procedures or non-WBCT, which clinicians, patients, and families need to consider when weighing the options.

“Our findings show that patients presenting with traumatic injuries can be diagnosed a lot faster with WBCT and therefore treated more quickly. This could in turn potentially reduce the impact of emergency department overcrowding, or ramping, which is a major problem around the world,” Arruzza says. “Much like the saying ‘time is brain’ in terms of stroke patients, ‘time is life’ for trauma patients. With expected improvements in the technology, we not only expect faster times but lower radiation doses as well.”

While the evidence suggests there is little difference in mortality rates between WBCT and non-WBCT, Arruzza says this is due to WBCT being reserved for critically ill patients. “Less severely injured patients are still being scanned via the traditional x-ray, ultrasound, and selective CT procedures so it is difficult to compare what their progress would be like if they received a full-body scan,” he says.

More than 5 million people die from traumatic injuries each year, accounting for 9% of global mortality and the leading cause of death among people under the age of 45. About 60% of trauma-related deaths occur within an hour after injury, compared to 30% within 24 hours and the remainder over a longer period.

The Importance of RIS