According to new American College of Radiology (ACR) guidelines published in the June issue of the American Journal of Roentgenology, restricting MR machine access and improving education would help reduce the number of accidents that occur during MR examinations.

Created partly in response to the 2001 death of a New York child who was killed when an oxygen tank was pulled into an MR gantry, the guidelines are the work of an ACR panel chaired by Emmanuel Kanal, MD. The report was prepared under the guidance of a special ACR task force on safety, chaired by James P. Borgstede, MD.

The document, according to the panel, “is intended to be used as a template for MR facilities to follow in the development of an MR safety program.”

RadiologyInfo.org, a Web site for radiology patients that is jointly produced by the ACR and the Radiological Society of North America (RSNA), has received an award from the American Society of Association Executives. The award recognizes associations that produce programs in citizenship and community service, business and social innovation, knowledge creation, education, skills training, and standard setting.

The site, which was launched this spring, features extensive information on diagnostic radiology, radiation therapy, and interventional radiology. It explains how procedures are performed and what patients can expect during those procedures, and also offers a glossary of terms.

Roderic I. Pettigrew, MD, PhD, has been appointed the first director of the National Institutes of Health’s National Institute of Biomedical Imaging and Bioengineering (NIBIB). Pettigrew is currently the director of the Emory Center for MR Research at Emory University School of Medicine, Atlanta, and is expected to begin his appointment in late August or early September. He is known for his work in dynamic three-dimensional cardiac MRI at Emory.

According to the NIBIB Web site, its mission is “to improve health by promoting fundamental discoveries, design, development and translation, and assessment of technological capabilities in biomedical imaging/bioengineering.” The organization plans, conducts, and supports an integrated program of research and research training.

A new study published in the June issue of the British Journal of Surgery suggests that dynamic contrast-enhanced MR imaging (DCE-MRI) improves the surgical management of invasive lobular breast cancer.

The study, which included data from 21 women with infiltrating lobular carcinoma (ILC), compared the effectiveness of mammography and ultrasound against DCE-MRI. The results showed that DCE-MRI was more effective in evaluating ILC in the breast.

The study, conducted jointly by the academic surgical unit at Castle Hill Hospital, Hull, and the Centre for MR Investigations, Hull Royal Infirmary, United Kingdom, concluded that DCE-MRI is more accurate than conventional imaging in terms of delineating multifocal disease.

The General Accounting Office (GAO) has issued a report on the nation’s ability to provide timely mammography services. The report, “Mammography: Capacity Generally Exists to Deliver Services,” concludes that there is sufficient equipment to handle the demand for mammography services, though there are certain areas of the country where women must still wait for up to 3 months to receive services, such as the Baltimore metropolitan area.

In addition, Houston and Los Angeles  officials report that large patient loads at public health facilities that serve low-income women lead to long waits, while no delays existed at other facilities. However, women who needed follow-up mammograms were able to get appointments at other facilities.

A 15% increase in the use of mammography services between 1998 and 2000, as measured by the number of mammograms provided to women 40 and older, was also reported.

However, the GAO cautions that there is the potential for reduced access in relation to the growing shortage of personnel able to perform and interpret mammography services. Report data were collected only through October 2001, and does not factor in the continuing downturn in the number of mammography facilities. Since October 2001, 118 facilities have been closed, according to American College of Radiology statistics.

The Future of Radiology 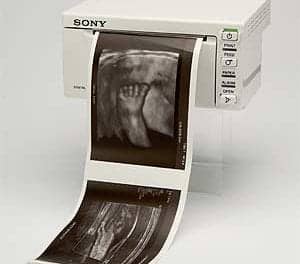