A study by Texas Tech University’s Neuroimaging Institute published in the winter 2014 issue of the peer-reviewed journal Health Environments Research & Design has revealed neural pathways associated with perceptions of open sky photography. “Neural Correlates of Nature Stimuli: An fMRI Study” examined the underlying neural mechanisms associated with positive response to photographic sky compositions used in biophilic depictions of nature. Such images are used in some hospital diagnostic and radiology suites to reduce patient stress and anxiety by heightening biophilia, the theory of humans’ instinctive connection to nature.

The study found that subjects’ neural reactions to sky compositions shared qualities with response to other positive stimuli, while also activating additional brain regions such as the cerebellum.

“Brain activation of the cerebellum is often associated with aspects of spatial cognition, in particular the experience of extended space, as well as imagined, or real, motion through that space,” said neuroscientist Michael O’Boyle. “By way of speculation, it may be that viewing Sky Factory compositions evokes a sense of expansion into or through this extended space.” The company manufacturers an Illusions of Nature product line designed to replicate skylights and windows in interior spaces. Previous studies have found that exposure to nature imagery in hospital settings can reduce the use of pain medication by alleviating stress.

A second phase of the study will evaluate the effect of Sky Factor skylights on hospital patients. “The best expectation out of a relaxation-inducing positive distraction feature is diversion of one’s attention and consciousness from the immediate ailment and stressful environment,” said Dr. Debajyoti Pati, head of the research team at Texas Tech University. “Neural activations in response to the visual stimulus used in this study suggest that cognitive diversions induced by photographic sky compositions may result in significantly different and higher levels of positive physiological responses as compared to positive images in general.”

A summary of the article can be viewed at PubMed. 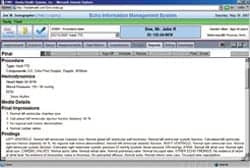 An Eye on Outcomes