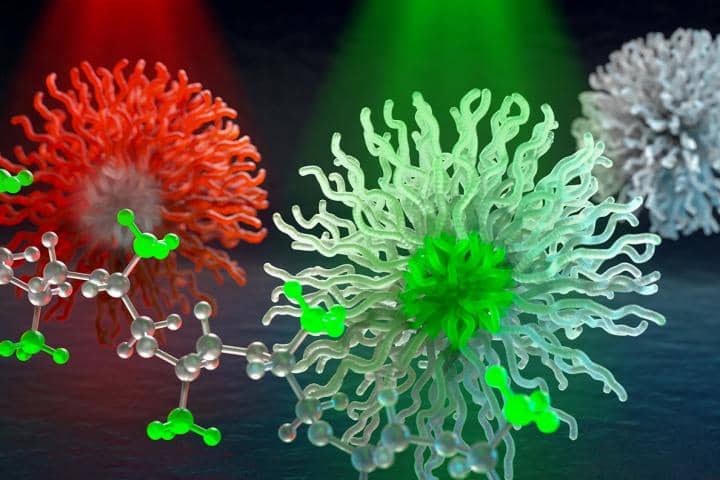 Before the huge potential of tiny nanocarriers for highly targeted drug delivery and environmental clean-up can be realized, scientists first need to be able to see them.

Currently researchers must rely on attaching fluorescent dyes or heavy metals to label parts of organic nanocarrier structures for investigation, often changing them in the process. A new technique using chemically sensitive “soft” x-rays offers a simpler, non-disruptive way of gaining insight into this nano-world.

In a study published by Nature Communications, a research team demonstrates the capability of the x-ray method on a smart drug delivery nanoparticle and a polysoap nanostructure intended to capture crude oil spilled in the ocean.

“We have developed a new technique to look at nanocarrier internal structure, chemistry and environmental behavior without any labeling at all—a new capability that up to now has not been possible,” says Brian Collins, a Washington State University physicist and corresponding author on the study. “Currently, you need fluorescent tags to see inside nanocarriers, but this can modify their structure and behavior, especially if they’re made from carbon-based materials. With this new technique, we’ve been able to look inside these nanocarriers, analyze their chemical identities and concentrations—and do this all in their fully natural state, including their water environment.”

Organic nanocarriers used for drug delivery are often created out of carbon-based molecules, which either love or loathe water. These so-called hydrophilic and hydrophobic molecules are bonded together and will self-assemble in water with the water-hating part hiding inside a shell of the water-loving segments.

Hydrophobic drugs will also insert themselves into the structure, which is designed to open and release the drug only in the diseased environment. For instance, nanocarrier technology has the potential to allow chemotherapy that only kills cancer cells without making the patient sick, enabling more effective doses.

While nanocarriers can be created this way, researchers cannot easily see the details of their structures or even how much drug is staying inside or leaking out. The use of fluorescent labels can highlight parts of nanocarriers – even make them twinkle – but they also change the carriers in the process, sometimes significantly.

Instead, the technique Collins and his colleagues have developed uses soft resonant x-rays to analyze the nanocarriers. Soft x-rays are a special type of light that lies between ultraviolet light and hard x-rays, which are the kind used by doctors to view a broken bone. These special x-rays are absorbed by almost everything, including the air, so the new technique requires a high vacuum environment.

Collins’ team adapted a soft x-ray method to investigate printable, carbon-based, plastic electronics, so that it would work on these water-based organic nanocarriers—penetrating a thin slice of water to do it.

Each chemical bond absorbs a different wavelength or color of soft x-rays, so for this study, researchers selected x-ray colors to illuminate different parts of a smart medicine nanocarrier through their unique bonds. “We essentially tuned the x-ray color to distinguish between the bonds already there in the molecule,” says Collins.

This allowed them to evaluate how much and what type of material was in its inner core, the size and water-content in the surrounding nano-shell as well as how the nanocarrier responded to a changing environment.

They also used the soft x-ray technique to investigate a polysoap nanocarrier that was developed to capture crude oil spilled in the ocean. Polysoaps can create a nanocarrier from a single molecule, maximizing their surface area for capturing hydrocarbons such as those found in an oil spill.

Using the new technique, the researchers discovered that the open sponge-like structure of a polysoap can persist from high to low concentrations, which will make it more effective in real-world applications. “It’s important for researchers to be able to examine all these structures up close, so they can avoid costly trial and error,” says Collins.

This technique should allow researchers to assess behavior of these structures in different environments, Collins says. For instance, for smart drug delivery, there can be different temperatures, pH levels and stimuli in the body, and researchers want to know if the nanostructures stay together until the conditions are right to apply the drug.

If they can determine this early in the development process, they can be more certain the nanocarriers will work before investing in time-intensive medical studies. “We envision this new technique will enable a much faster pace and higher precision in design and development of these exciting new technologies,” Collins says. 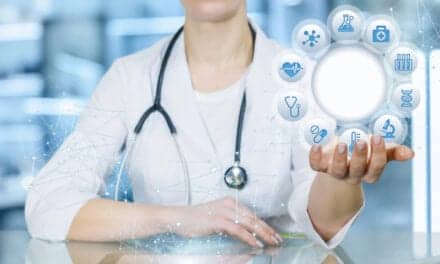