Once again, GE Medical Systems (GEMS of Waukesha, Wis.) has beaten the industry to the punch.

The Innova 2000 is targeted for use in catheterization labs by cardiologists performing procedures to view and treat coronary artery blockages. “[With the Innova 2000], we can now see things we never saw before,” David R. Holmes, M.D., professor of medicine at the Mayo Medical School and director of the adult cardiac catheterization laboratory at the Mayo Clinic (Rochester, Minn.), told the gathering of several hundred physicians, analysts, members of the press and GEMS personnel.

Holmes conducted clinical trials at the Mayo Clinic and said to accurately compare the panel’s capabilities to existing cath lab imaging systems, the clinic built a system with a conventional image intensifier, as well as a digital detector. Benefits of the Innova 2000, according to Holmes, include reducing images taken during a procedure which, in turn, will reduce radiation exposure to patients, physicians and cath lab staff.

GEMS said Innova’s digital capabilities will allow clinicians to view hard-to-see blood vessels, as well as devices used during cardiac procedures, including stents, guidewires and catheters. The technology also enables cardiologists to see blood vessels clearly in larger patients who can be more difficult to image with conventional X-ray systems.

GEMS is taking orders for the Innova, which lists between $1 million and $1.3 million – a 30 percent premium on currently sold systems. Jeffrey Immelt, president and CEO of GEMS, said he expects the product to bring in $100 million in sales by 2001. 2000 sales are expected to reach 25 units. Production will ramp up in the second half of this year, Immelt said.

GEMS also formally introduced its Senographe 2000D a month after it received FDA clearance.The Senographe 2000D includes an acquisition workstation that displays a digital image within 10 seconds after an exposure to provide the technologist with quick verification of correct patient positioning. It also uses a review workstation that features a variety of imaging enhancing and magnification tools.

Hendrick added that the new system will have “a significant impact on reducing the number of missed [breast] cancers” – largely due to sharper images that can be magnified and manipulated by the radiologist. Current figures estimate that 150,000 women with detectable breast cancer have a mammogram each year, but current analog technology misses cancers in 15,000 to 45,000 cases.

In addition to the image manipulation capabilities offered by the digital mammography system, GEMS said it will rapidly expand the use of computer-aided detection (CAD) systems as well as the use of 3D mammography. GEMS has an alliance with CAD manufacturer R2 Technologies Inc. (Los Altos, Calif.) for its ImageChecker system, but digital CAD will require a separate PMA clearance.

“The other benefit of digital is the speed of information,” said Immelt. “With the Senographe 2000D, the capability exists to reduce exam time by 60 percent.” He added that the digital mammography system gives doctors the ability to collaborate electronically with the exchange of digital mammograms and offers the opportunity to reduce backlogs.

GEMS expects to have nearly 200 Senographe 2000D systems installed worldwide by the end of this year. The system has a list price of $400,000 to $500,000, some three to four times the cost of analog mammography units. Immelt said he expects the Senographe to bring in $50 million to $100 million in the next two to three years and the cardiac product to bring in similar amounts.

After its first attempt to sell its Imaging Technologies (Plymouth, Minn.) division, Nortech Systems Inc. (Wayzata, Minn.) finally may have found a buyer.

Computron Display Systems (Prospect, Ill.) in February agreed to acquire Imaging Technologies. Financial details of the agreement were not disclosed.

Computron designs, manufactures and markets high-resolution, high-brightness monitors for the medical, industrial, military and telecommunications markets. Approximately 80 percent of its business is in medical imaging, a segment that Computron is looking to grow through this acquisition.

The Nortech-Computron proposal came one month after Nortech and Image Systems Corp. (Minnetonka, Minn.) called off their deal for Imaging Technologies. The breaking point in the Image Systems proposal was the coverage of Nortech products currently under warranty in the field. Image Systems refused to assume the added burden of servicing those customers as part of the acquisition.

On the contrary, Computron officials said the company looks forward to providing service to warranteed products to expand its potential customer base.

“We’re interested in all of the work,” said Russell Froelich, president of Computron. “It’s our intention to demonstrate to Nortech’s clients our ability and full commitment to support those product lines. Ultimately, it’s our hope that we’ll expand the sales of Nortech products – and perhaps offer some of our own products – in a complimentary fashion to augment the total product line.”

Computron has been courting Nortech for nearly two years and submitted a bid for the Imaging Technologies division at the same time Image Systems did in late 1999. Froelich couldn’t provide the amounts of the two bids or say how many other bidders were involved, but said he was in contact with Nortech CEO Quent Finkelson throughout the Image Systems negotiations. Finkelson declined comment for this article.

Computron has assigned a general manager to the Nortech Imaging division in Wayzata. Computron plans to assimilate Nortech operations into its Illinois facility. The lease on the Wayzata facility that houses Imaging Technologies expires June 1. Froelich said all of the current employees of the division are being asked to join Computron in Illinois.

Computron will retain the Nortech name for the immediate future. “It is our intention to meld the two product lines together at some point in the future,” said Froelich. “Each company’s products are different. Nortech’s product line was primarily a monochrome, large-screen display intended for radiology applications.”

Froelich said Computron’s products are not as deeply steeped in monochrome, although it’s multi-sync product fits into the Nortech field in providing a wide range of capability in monochrome imaging. Computron currently offers the 15DMX – 90? monochrome display.

Computron was founded in 1981 and was a subsidiary of Xcel Corp. (Kent, England) from 1985 to 1995. In 1995, one of its founders combined with outside investors to regain ownership of the company. It remains a privately held company today.

Restructuring costs caused Trex Medical Corp. (Danbury, Conn.) to post an increased net loss in its first fiscal quarter, ending Jan. 1. The financial report was released one day after Trex’s parent company, Thermo Electron Corp. (Waltham, Mass.), announced it was looking for a buyer for Trex. In the quarter, Trex’s revenues declined 32 percent to $43.9 million, compared with $64.9 million in the first quarter of FY99. Trex also reported a net loss of $6.9 million, compared with a net loss of $1.5 million in the year-ago quarter. Trex blamed some of the net loss on $1 million in restructuring costs. Excluding those expenses, Trex’s loss was $6.3 million.

Strong fourth-quarter sales of its Mammotest stereotactic breast biopsy system produced a fourth-quarter profit and helped Fischer Imaging Corp. (Denver) grow revenues in 1999. Revenues increased to $66.1 million, compared with $59.8 million in 1998. Revenues include $6.2 million in the first quarter of 1999 for the sale of a license to GE Medical Systems (Waukesha, Wis.) to manufacture Fischer’s Tilt-C system. For 1999, Fischer posted a net loss of $343,000, compared with a net loss of $6.8 million in 1998.

New revenues from its image-guided therapy business propelled Cedara Software Corp. (Mississauga, Ontario, Canada) to greater revenues and near-double net income in its second fiscal quarter, ending Dec. 31, 1999. Revenues grew 34 percent to $10.8 million, compared with $8.1 million in the second quarter of FY99. Net income grew to approximately $361,900, compared with $156,800 in the year-ago quarter. For the six-month period, revenues climbed to $19.5 million, up from the $14.3 million in the first half of FY99. Net income totaled approximately $534,100, compared with $359,800 at the same point last year.

Buoyed by record fourth-quarter results, Imatron Inc. (So. San Francisco) achieved a 22 percent gain in revenues in 1999. Revenues reached $37.5 million, compared with $30.7 million in 1998. The company posted a net loss of $6.6 million, compared with a net loss of $14.8 million the previous year. Fourth-quarter revenues of $12.9 million – Imatron’s best quarter ever – helped produce a profit of $45,000, compared with a net loss of $4.3 million in the fourth quarter of 1998. Imatron shipped seven electron-beam computed tomography scanners in the fourth quarter, bringing its total to 19 EBT scanner sales in 1999.

InSight Health Services Corp. (Newport Beach, Calif.) posted higher revenues, but lower earnings in its second fiscal quarter, ending Dec. 31, 1999. Revenues increased 19 percent to $46.1 million, up from $38.9 million in the second quarter of FY99. Net income slipped to $1.3 million, compared with $2 million in the year-ago quarter. For the six-month period, revenues increased 20 percent to $92.3 million, compared with $76.8 million in the first half of FY99. Net income declined to $2.6 million, down from $3.7 million in the year-ago period. Newly named CEO Steven T. Plochocki said his focus is “improving operating margins through tighter expense controls ? as we continue our acquisition and growth strategy.”

Norland Medical Systems (White Plains, N.Y.) reported increased revenues for 1999 and trimmed its net loss significantly. Revenues reached $17.8 million, a 24 percent increase from $14.4 million in 1998. The net loss improved to $2.2 million, compared with a net loss of $9.7 million the previous year. In 1999, Norland claims to have increased its share in the bone densitometry market from approximately 7 percent to 10 percent. 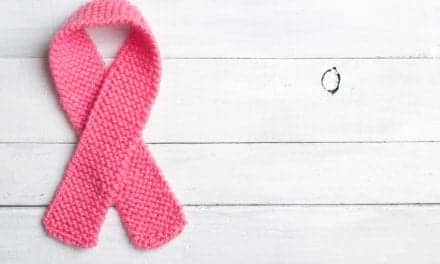 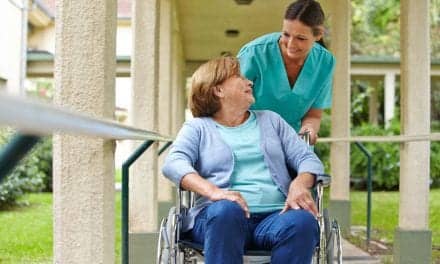