The majority of PACS implementations are used to extend distribution of radiology images outside of the radiology department. At the University of Wisconsin, the focus of PACS implementation has changed and now focuses on effective enterprise-wide image distribution of medical images from both inside and outside of the department of radiology. In the past, many of these images were simply not captured, or if they were captured, they were not available for enterprise-wide distribution, nor were they linked into the electronic medical record (EMR).

The University of WisconsinMadison implemented its initial mini PACS in ultrasound in 1997 and expanded to a radiology-only PACS in 2000. The initial focus of the radiology-only PACS was to improve patient care by enabling the patient to return to the clinic with films immediately after the examination, reducing lost films, and improving radiologist productivity. In 2001 the desire to achieve a filmless department led to the pursuit of full enterprise-wide distribution. As noted above, after the initial enterprise-wide deployment of PACS, it became apparent that there were many sources of medical images outside of the department of radiology that were simply not captured, or if they were captured, they were not available for enterprise-wide distribution.

The main focus of the current PACS expansion is on visible light (VL) images. These are defined in the DICOM standard in Supplement 15. Some of these image types include endoscopy (ES), microscopy (GM), automated-stage microscopy (SM), and photography (XC). These images are generated in several areas of the medical enterprise, including gastroenterology, pulmonary clinic, and ENT clinics, as well as pathology, dermatology, and ophthalmology. In our hospital we identified gastroenterology, pulmonary medicine, and ENT endoscopy clinics for initial trials because they had equipment that provided a video output signal. We provided the clinics with image capture devices that were connected to the endoscopy devices and trained a limited number of users how to do image capture. The clinics were also provided with an image review workstation similar to the PACS workstations in the radiology department so the physicians could edit and annotate the captured images.

These examinations were stored on the PACS system and were available for enterprise-wide distribution. Attempting to meet the needs of the image intensive users has proven to be the most challenging aspect of enterprise-wide image distribution; the workstations need to be as accessible as light boxes while still providing high-end PACS workstation functionality. In order to achieve this goal, we deploy a web vendible application that provides the same user interface and most of the tools that are on the thick client PACS workstations in the radiology department, including multi-monitor configurations. While this does require some increased PC hardware costs, the system can still be readily deployed on shared, multifunction PCs located throughout the enterprise; to date, there are more than 250 of these systems deployed.

Several problems were identified in initial testing, but the issue that will have the most impact on enterprise distribution is that single frame (static) images are inadequate for diagnostic review, and as initially deployed the capture devices were single frame. The solution involved modifying the capture devices to do multiframe acquisition. This led to added training issues as clinicians needed to limit video capture times to reasonable lengths to avoid unnecessary impact on network infrastructure. Another issue in most clinics outside of radiology is that there are no orders entered into the RIS for these procedures, and hence there is no accession number to generate a link into the electronic medical record, and there is no entry generated on the DICOM Modality Worklist. To address this problem, procedures will need to be added to the RIS and the procedures will need to be scheduled by the respective clinics. A final issue is the necessity of altering traditional workflow during the examination as the operator needs to trigger image capture and to define where the image is obtained from. Some possible solutions to these issues include an anatomical diagram that can be quickly annotated or attaching a voice clip to the image and providing a foot pedal for ease of image capture.

Most of the problems of visible light image distribution can be addressed, and the system is currently being deployed in all examination rooms in the ENT clinic, with plans to pursue others after evaluating the current deployment.

Enterprise-wide PACS image acquisition and distribution solves several problems faced on a daily basis in a soft-copy environment, including rapid access to relevant images resulting in improved patient care. The expansion of PACS outside of radiology further enhances its clinical value by making multimodality images available to all members of the health care team.

Gary J. Wendt, MD, MBA, is a neuroradiologist and assistant professor of radiology at the University of Wisconsin-Madison.

The Politics of PACS and the Art of Compromise 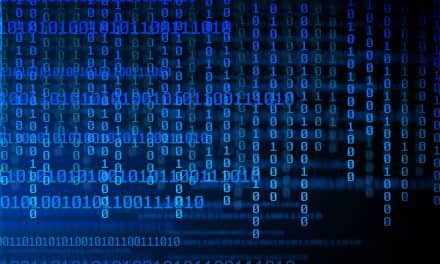