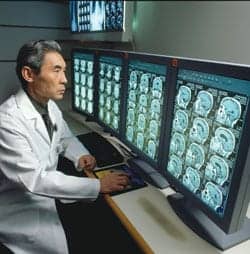 How two very different businesses have leveraged advanced IT solutions into new revenue.

Digital imaging is leaving film in its dust, and in the DICOM era, advanced information technology solutions are more important than ever. Just ask Shanda Coomes Bland, COO of Radiology & Diagnostic Imaging (RDI) PSC, Owensboro, Ky; Bland’s business stays competitive thanks to the efficiencies it has achieved since adopting an integrated RIS/PACS. Her country imaging center competes most directly with the local hospital system; meanwhile, Randall Stenoien, MD, CEO of Houston Medical Imaging and president of Innovative Radiology, Houston, has leveraged his business’ population-dense location into a powerful and geographically diverse partnership.

“We were playing with eFilm, the downloadable, free online thing, probably as early as the late ‘90s,” explained Bland. “There weren’t a whole lot of DICOM images then, but we were starting to see a few, and our CEO and medical director likes the techie kind of thing, so we’d play with it.

“In 2001, we actually signed with a small company and began using their PACS. We really used it as kind of an electronic reading station. We didn’t archive; it was very touch and go, and so our legal archive we maintained as film until 2005. But we started reading everything on PACS in 2001.” In 2004, RDI went live with the Rislogic RIS, which was subsequently purchased by Merge Healthcare Inc, Burlington, Mass. To Bland and her team, a Fusion integrated RIS/PACS from Merge seemed like the logical next step.

Stenoien’s business came from similar humble roots. When he bought the Houston Medical Imaging center just 3 years ago, it was running on a mini PACS. “We really needed to upgrade the robustness of the PACS and the RIS,” he said. “Their PACS was more of a Web server, so it was not a very robust product. You could do diagnostic interpretations, but it had a lot of issues, and it was not integrated with the RIS. So when I came in, I said we needed to increase the robustness of this system in order to run the center better. At the time, there were only two of us radiologists, so we needed to be as flexible as possible.”

Stenoien’s situation was complicated by the multiple sources from which he was getting reads. “I was doing charity reads from Panama, I was working in a hospital, I was reading outside films for different doctors, and I was starting to read for an imaging center in south Houston,” he recalled. “Over the course of the next 2 or 3 years, physicians put CRs into their offices, and we migrated to a network of HIPAA-compliant VPNs. We use our RIS to register patients and find medical records and patient ID numbers. And all films are electronically sent to the Carestream PACS.”

Implementing an expensive IT solution often sounds like a quick fix for all your center’s problems. But in the case of PACS, the purchase is only half the battle. Stenoien said the challenges associated with bringing on a powerful PACS platform were quite frequently human as opposed to technical.

“There’s a little bit of resistance to acceptance among radiologists,” he noted. “They’ll say, ‘What if I don’t want to use it?’ A lot of radiologists feel like it slows them down, and until they get used to the system and become efficient, you have to convince them. And even then, there are going to be some radiologists who are not great at adapting to technology. Whether it’s their attitude or their aptitude, you’ll never know.”

Bland prescribes a dose of integration. “The key to our workflow is the integrated piece,” she said. “And that can make a big difference in the staff—you train them as to how the software works, and regardless of what their job is, the system always has the same look and feel. Why is Windows so popular? Because it has the same look and feel regardless of the application you’re in. It’s the same with any application. The more software you link together in a chain, the weaker that chain becomes.”

But, she warns, sidestep a common error and do not expect your PACS-enabled workflow to be directly analogous to a film workflow. “When we schedule patients, we have our modality worklist set so to query the same-day studies; the techs have a nice list of 10 or 20 depending on the modality they pick, and it makes the radiologists get their studies so much quicker. The RIS sends the modality information, so they already have it all tied together, the exact spelling of the patient name, the exact typing in of the accession numbers. How easy is it to misspell somebody’s name? So we pass that information off, the tech sends the study and closes the RIS exam, and everything’s tied together in a neat little package with a bow. It’s sent to the radiologist ready to read. We’re talking seconds, instead of having it go to a QA station and having somebody look at it there. I know there are products out there that have that, but if you really want to optimize your workflow, you can’t have it mimic film.”

Stenoien’s business now employs multiple subspecialty radiologists spread across multiple locations—four full-time equivalents in one hospital, one in another, three or four at Houston Medical Imaging. Plugging that many staff members into a single PACS has obvious advantages, but a disadvantage is a crippling dependence on weak commercial Internet providers.

“We had to clean up our network, which is important to do, but until you have a PACS running, you don’t realize you have those problems,” he said. “And we did. We spent 4 days redoing our networks because we realized we had a corrupt network. But that’s just basic IT stuff. The other challenges are dealing outside your office with VPNs and with all these phone companies. You know, broadband providers don’t do a very good job in the United States. To set up a good VPN, one that’s nice and solid, we had to drop some providers because they couldn’t give us good enough service.”

Thanks to its timely implementation of the integrated RIS/PACS solution, Radiology & Diagnostic Imaging has managed to stay afloat in rural Kentucky, where its primary competition comes from the local hospital system. “We’ve been able to be competitive in our marketplace, and I believe one of the reasons is workflow,” Bland said. “Workflow throughout the whole center. Because in radiology, what’s your product? Your only product is your report. So every piece must be designed to get that report out quicker.”

Up next for RDI? An upgrade, of course; the growth of the business is now inextricably linked with the expansion of the IT infrastructure. Bland is checking out the Merge Fusion MX system with eMed. “One of the things that the eMed product is delivering is an improved radiologist interface,” Bland explained. “It turns the screen a different color so it’s not as bright in the reading area. It makes the checks a little bigger, because you’re probably sitting further away from the RIS screen when you’re focused on the PACS side. It has different search parameters, and the really cool thing that the radiologists are excited about is some beefed-up hanging protocols, so they can get the layouts they want the same way every time. And [they like] the interrupt session, because if there’s one thing that impedes the radiologist workflow, it’s the technologist saying, ‘Hey, can you look at this really quick before I let the patient go; I’m questioning this series.’ With interrupt session, if they’re in the middle of something, they can pull up what the tech needs to talk about, glance at it, get them an answer, and then continue right where they left off.”

Thanks to the same kind of simultaneous growth, Stenoien has seen new revenue streams opening for Houston Medical Imaging and the Innovative Radiology group. “We have seven kindred hospitals feeding into our PACS, two imaging centers, and we do stand-up MRI for facilities in San Antonio,” he said. “By the end of the day, you’ve got quite a bit of information flowing into the PACS, being processed, and flowing out. I built my group and practice around the PACS. The two have expanded together. I couldn’t have these subspecialists without it—I can keep my neurologist in the hospital happy by sending her additional neuro cases.”

Now Stenoien just needs a network that can keep up with him. “The next step is to collocate all of my servers at a facility where I can have access of 100 MBs or greater to the Internet and then set up VPNs over that, so I can work just as quickly at home or from Panama. That’s the choke point for us.” He laughed, “Maybe I created too much of a monster, but the radiologists are very happy, and they can all hopefully lead some sort of balanced life. At the end of the day, that’s what we’re all looking for.” 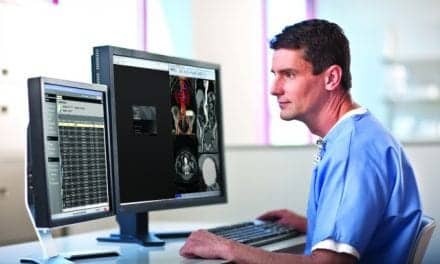 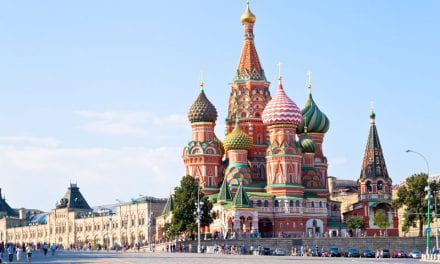