Israeli medical imaging startup Nanox, which has developed the digital Nanox.ARC to replace more traditional x-ray machines, announced it has raised $165.2 million in an initial public offering. It opened at $20.34 on the Nasdaq after its shares were priced at $18 for its debut, reports TechCrunch.

Nanox’s business is based around a vertical model: It has designed a cutting-edge, downsized scanner that aims to compete against larger and more expensive existing x-ray machines, with the first model called the Nanox.ARC. Nanox says the ARC comes in at 70 kg versus 2,000 kg for the average CT scanner, and production costs are around $10,000 compared to $1-3 million for the CT scanner. The technology, size of the system and price also mean that it can be used for more regular scanning as part of wider research efforts or clinical and diagnostic strategies.

Alongside this, it has built a suite of cloud-based services based around charging for scans, and subsequently handling and evaluating the images that are made on these, sold as Nanox.CLOUD. The hardware is made in partnership with large manufacturers like Foxconn (which invests in Nanox), while the services are sold to doctors and other clinicians and researchers.

Nanox noted in its F-1 filing that it plans to use the proceeds, along with existing cash, to manufacture “the initial wave of Nanox.ARC units planned for global deployment and investment in manufacturing capacities, shipping, installation and deployment costs of the Nanox System, and continued research and development of the Nanox.ARC, the development of the Nanox.CLOUD and regulatory clearance in various regions and sales and marketing expenses, general and administrative expenses and other general corporate purposes.”

Read the full story on TechCrunch. 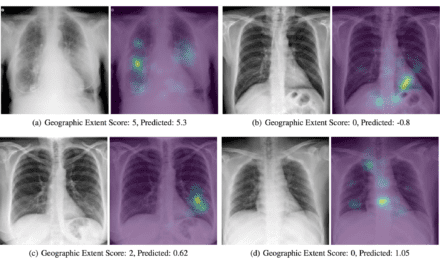