Patients with severe obstructive sleep apnea (OSA) are less able to increase blood flow to the heart when needed, according to a first-of-its-kind PET imaging study presented at the Society of Nuclear Medicine and Molecular Imaging 2022 Annual Meeting. These findings suggest that cardiac PET imaging—which is used to assess blood flow to the heart—may be helpful in identifying OSA patients who are at high risk of heart disease and its complications.

“Interestingly, the significant relationship between OSA severity and myocardial blood flow reserve persisted among those with normal heart PET perfusion scans and no prior history of coronary artery disease,” said Ehimen Aneni, MD, MPH, an instructor at the Yale School of Medicine in New Haven, Connecticut. “The findings of this study may begin to explain why people with obstructive sleep apnea develop heart disease, including heart failure.”

PHOTO CAPTION: Cardiac positron emission tomography (PET) perfusion images for two representative patients. Both patients had similar demographic characteristics. Neither patient had significant perfusion abnormalities as shown in the figure. Patient A had mild sleep apnea while patient B had severe obstructive sleep apnea. The corrected myocardial flow reserve (MFR) for patient A was normal at 3.24 while for patient B it was severely abnormal at 1.22.

Philips’ Vereos on Display at SNMMI 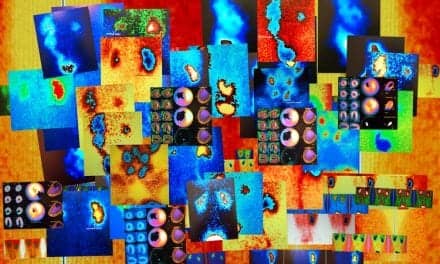