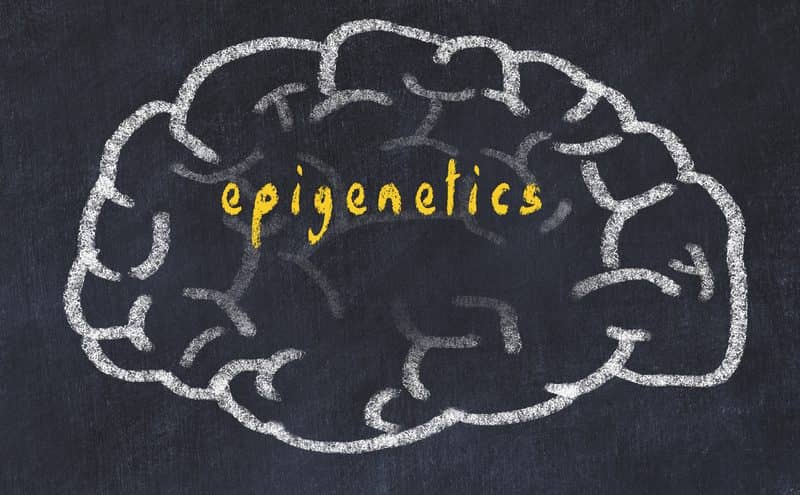 A multidisciplinary team at the University of Illinois Urbana-Champaign has devised a new approach to 3D imaging that captures DNA methylation, a key epigenetic change associated with learning in the brain. The scientists say their proof-of-concept study in pigs will easily translate to humans, as the new method relies on standard MRI technology and biological markers already in use in human medicine.

Epigenetics is a key mechanism by which gene expression is regulated. The new approach—called epigenetic MRI, or eMRI—will open new avenues of research into how such changes mold the brain, allowing it to grow, learn, and respond to stress, the researchers say. The technique also may be useful in the study of neurodegenerative processes like Alzheimer’s disease. The findings are reported in the Proceedings of the National Academy of Sciences.

DNA methylation is one mechanism that cells use to regulate which genes are actively expressed, says King Li, MD, MBA, a professor in the Carle Illinois College of Medicine at the U. of I. who led the research with U. of I. bioengineering professor Fan Lam and Gene Robinson, PhD, the director of the Carl R. Woese Institute for Genomic Biology at Illinois.

“Our DNA is the same from cell to cell and it doesn’t change,” Li says. “But tiny molecules, like methyl groups, are attached to the DNA backbone to regulate which genes are actively being transcribed into RNAs and translated into proteins. DNA methylation is a very important part of the control of gene functions.”

Previous research showed that DNA methylation is one of several epigenetic changes that occur in the brain when an animal responds to its environment, says Robinson, a professor of entomology at Illinois who studies the interplay of genomics, experience, and behavior in honeybees. His studies have shown that many genes in the brain are upregulated or downregulated in bees as they mature, change roles in the hive, encounter new food sources, or respond to threats.

There are two control systems in the brain, operating at different time scales, Robinson says. Neurons and other brain cells respond to environmental cues within seconds or milliseconds, while changes in gene expression take longer. For example, when a honeybee experiences a threat, it must act immediately. It relies on neurons to rapidly fire and allow it to act defensively. But the bee’s brain continues to respond even after the threat has lapsed, preparing itself for a potential future threat with changes in gene expression.

“We’re focusing on this second control system, the molecular control system, which relies on gene expression,” Robinson says. “These changes can take minutes to occur, but can last for hours, days or even longer.”

Scientists have been unable to precisely capture the molecular changes that take place in the living brain over time. Earlier epigenetic studies of honeybees and other organisms required the removal of brain tissue or that the animal be dissected for analysis. A previous research effort in the human brain imaged an enzyme involved in regulating one epigenetic change but did not target the epigenetic change directly. The Illinois team wanted to use the power of MRI to directly image epigenetic changes in live subjects.

For the new approach, the team relied on a key insight: Li realized that an essential amino acid, methionine, could carry an atomic marker known as carbon-13 into the brain, where it could donate the carbon-13-labeled methyl group needed for DNA methylation. This process would mark the DNA with a rare isotope of carbon. Carbon-13 occurs naturally in the body, but its sister isotope, carbon-12, is much more abundant, Li says. About 99% of the carbon in living tissues is carbon-12, he says.

Methionine must be obtained through the diet, so the team decided to test the idea that feeding the carbon-13-labeled methionine to study subjects would allow it to pass into the brain and label those regions undergoing methylation.

“When we started this project, we thought it might fail,” says Lam, who worked with Illinois chemistry professor Scott Silverman to develop a method to distinguish between methylated DNA and other methylated molecules in the brain. “But the potential was so exciting that we had to try.”

Previous studies had already shown that MRI can image carbon-13, and orally administered carbon-13 has been in use in human subjects for decades. But the carbon-13 signal from living animals is weak, so Lam and U. of I. electrical and computer engineering professor Zhi-Pei Liang relied on their expertise in MRI and MR spectroscopy to significantly enhance the eMRI signal.

The team first tried the method in rodents, then switched to working in piglets, whose larger brains are more like human brains. For this, they relied on the expertise of co-author Ryan Dilger, a professor of animal sciences at Illinois who studies the factors that influence neurodevelopment in pigs.

“This project is highly multidisciplinary,” Lam says. “We have on the team engineers, imaging and radiology experts, and people with very strong backgrounds in clinical applications. We also have scientists with expertise in nutrition science, animal science, chemistry, and genomics.”

The piglets had more new DNA methylation in the brain a few weeks after birth than they did at birth, and the increase was much greater than expected based on changes in size alone.

“This finding is very encouraging because it reflects what we expect to see if this signal is environmentally responsive,” Li says. “It is known from animal studies that brain regions that are most involved in learning and memory experience more epigenetic changes. There also were regional differences in DNA methylation across the pig brain, just like there are regional differences in classical MRI studies.

“We now expect to apply this technique in humans. Getting this label into the brain is easy and does no harm to the body. We’ll give it to people through the diet and then we can detect the signal.”

Their first application of the approach will likely occur in studies comparing the brains of people with and without neurodegenerative disease, he says. 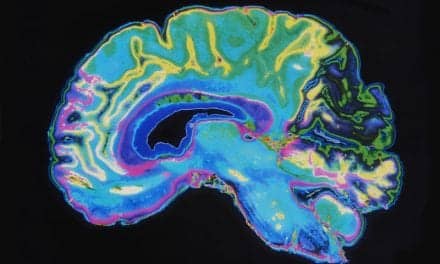 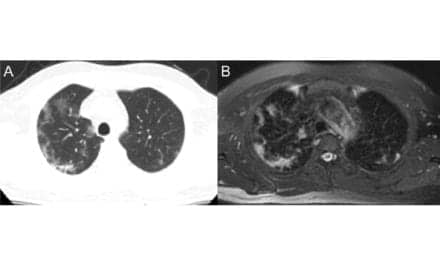 MRI as Effective as CT in Detecting COVID-19 Pneumonia 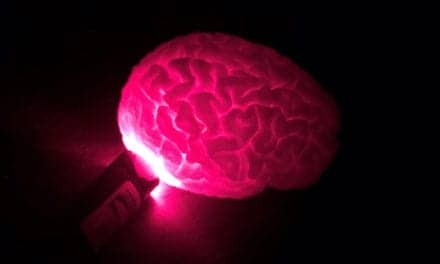 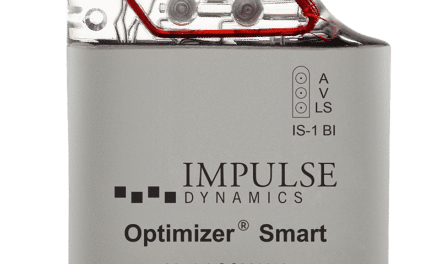