MRI holds approximately 20 percent of the medical imaging market and its future continues to look promising.

Doug Orr, president of J&M Consulting (Ridgefield, Conn.), concurs. “One year from now, cardiac MRI will be an important tool at the clinical level,” he opined. “Two years from now, we’ll really see its impact and changes in how cardiology is done.”

Orr adds that cardiac MRI is not expected to supplant interventional cardiology procedures performed in the cath lab, as these procedures require real-time imaging to guide the intervention. While cardiac MRI appears to be poised for growth, its implementation is not without constraints.

As hospitals and cath labs install cardiac MRI equipment, analysts at Frost & Sullivan note that implementing cardiac MRI requires a new system that will not be fully utilized initially. Other factors — such as competition from less expensive echocardiography; placement and space problems; and discomfort in the form of space and noise for surgeons — also will bear on MRI’s popularity.

Orr also foresees great activity in high-field (3.0 tesla and up) MRI systems. The key, he added, is that companies must find ways to make very high-field systems clinically relevant. Applications of 3T systems could include pulmonary and cardiac examinations; functional MRI in neurology, psychology, and neurology; and spectroscopy and functional MRI, although they are technically feasible on most 1.5T systems.

Open systems have revitalized the mid-field (0.5 to 0.9 Tesla) MRI market. In 1999, the market reached $27 million. Frost & Sullivan forecasts fast growth in the mid-field market for the next few years. By 2006, analysts expect the market to slow to $15 million.

The market for low-field (below 0.5 tesla) MRI systems is constrained by relatively poor — albeit continually improving — image quality and slow imaging. Clinical applications under development include orthopedic and wound treatment in diabetes and MR mammography. The low-field

“We position this as a system that can do a wide range of applications,” says Guido P. Stomp, sales communication director for Philips MR. “Cardiac would be ideal, because you have good access to patients.”

Philips estimates that the Panorama 1.0T could be in the market in 18 months.

Philips also unveiled a compact, ultra high-field MRI system, the Intera 3.0T whole-body magnet. The Intera 3.0T is pending FDA clearance. Because it is three feet shorter than other 3.0T magnets on the market, the Intera 3.0T has the same footprint as lower field strength Philips’ MRI systems.

New MRI systems set for launch were among the highlights from Marconi Medical Systems Inc. (Highland Heights, Ohio), as the company unveiled its new Infinion line.

The Infinion 1.5T is an ultra short-bore, high-field system, which measures 1.4 meters long and is 70 cm wide at its smallest width inside the magnet. FDA clearance is pending. The company anticipates that the Infinion 1.5T will be in clinical settings in February or March, with commercial availability to follow perhaps as soon as June.

Michael Vitagliano, Marconi’s manager of MR marketing, said the unit likely will be priced in the range of other 1.5T MRI scanners on the market today. They competitively average between $1.3 million to $1.7 million, depending on options.

Also soon to be on the launching pad is Marconi’s Infinion HFO (high field open) MRI system. The 0.6T open system was show at RSNA 2000 with Marconi’s iPath interventional product.

Marconi has yet to apply for FDA clearance for the Infinion HFO. Vitagliano estimates that Marconi is approximately 18 months from production.

Marconi’s new Infinion 3.0T whole-body MRI is designed for functional MRI applications, such as advance neuro imaging. The magnet is two meters in length. The works-in-progress was known as the Orion while under the development of Surrey Medical Imaging Systems Ltd. (Guildford, U.K.), which Marconi acquired in 1999. FDA clearance also is pending.

The Indomitable is a full-body MRI system that can scan patients in both upright and traditional recombinant positions. An elevator raises or lowers patients to allow weight-bearing images for any part of the body from head to toe, including the full length of the spine, and the 0.6T system makes possible full-range-of-motion studies.

The Indomitable received FDA approval on Oct. 11. The first installation was in Maryland, while a second Indomitable sale, announced during RSNA, was to an independent imaging center in Texas.

Other products on display at the Fonar booth included:

• mpExtremity MRI — a compact, stand-up MRI that scans extremities, such as hands, wrists, elbows, knees, feet and ankles, in multiple positions and operates at 0.6T. The scanner targets doctors’ offices and other small spaces. The mpExtremity is a works-in-progress that has not yet been submitted for FDA approval.

Imaging capabilities are enhanced through its VOSI (vertical field optimized subsystem integration) technology. This system takes into consideration the characteristics of the magnet and overall gradients to achieve high-field imaging techniques.

With FDA 510(k) clearance in hand, the system features a self-shielded magnet, so the footprint is smaller. Shipments of the first Altaire systems are expected in the first quarter of 2001.

There are three new Magnetom MRI systems on the way for Siemens Medical Systems Inc. (Iselin, N.J.) — the Concerto, Rhapsody and Trio.

The Magnetom Concerto is a whole-body scanner with a 0.2 tesla magnet. Its C-shaped permanent magnet is designed to combine the advantages of an open design with the benefits of the integrated panoramic array coil concept. FDA clearance is pending. Siemens hopes to begin shipments in March with a selling price about of $850,000.

The Magnetom Rhapsody is a 1.0T open MRI currently pending FDA clearance. Applications would include spectroscopy, infusion for stroke imaging, functional imaging, peripheral MRA with a moving table, cardiac and whole-body imaging. Siemens is anticipating a price range of about $1.6 million.

Signa Ovation is the newest addition to the GEMS open MRI line. Operating at 0.35T, the Ovation is wider than GEMS’ OpenSpeed, providing additional openness for increased patient comfort. Like OpenSpeed, Ovation operates on an LX computer platform and has a swing arm table that includes the ability to place off-center anatomy at isocenter of the magnet.

Technology improvements to Toshiba’s 1.5 tesla Excelart MRI build on the system’s “Pianissimo” quiet technology with the debut of the Pianissimo Plus imaging package. Designed to further reduce gradient acoustic noise and loud sounds associated with standard high-field MRI, Pianissimo Plus soft-pedals the routine pulse sequence volume to 60 decibels from an average of 110 decibels.

Other new Excelart applications include SuperFASE, which enables clinicians to view vascular flow without the use of contrast and frees patients from the discomfort associated with contrast injections. The Cardiac 2001 package, a works-in-progress, allows physicians to study cardiac morphology and to visualize and quantify blood flow.

The company is looking to have its newest software upgrades available in the second and third quarters of 2001.

Toshiba also plans to introduce a new Excelart platform in the third quarter of 2001. Features include a 2.5 tesla homogeneous magnet.

Medrad Inc. (Indianola, Pa.) displayed its new Neurovascular (NV) Array MRI surface coil for combined head and neck imaging. The coil is designed to eliminate the need to change coils in mid-procedure. It also permits multiple applications, including MR angiography, as well as standard, gradient echo, fast spin echo, echo planar and spectroscopy pulse sequences of the brain and soft tissues of the head and neck.

Surgi-Vision in November also received FDA clearance for its new Intercept-Prostate Micro-Coil. The disposable, miniaturized device is similar in size to urology catheters and is used in conjunction with existing MRI systems to produce extremely high-resolution images of the prostate from inside the body. The images can be viewed at any angle and in any 3D plane. 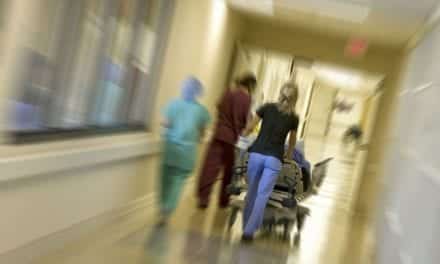 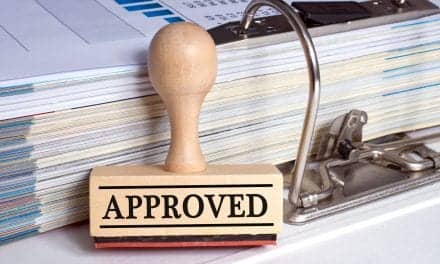 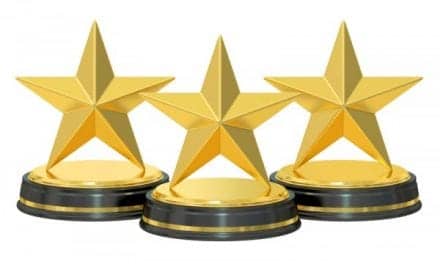