Shyam Paryani, MD, envisioned a time when the Florida Radiation Oncology Group (FROG of Jacksonville, Fla) could reach thousands of area patients featuring a revolutionary system that put a mobile PET/CT to use in radiation oncology. Then, FROG was the first group in the country to use a mobile PET/CT scanner exclusively for radiation oncology, and Paryani hoped to make this innovation available to all patients in the area who undergo radiation therapy.

“This is such a powerful modality for the localization of tumors that we use it not only for diagnostic purposes, such as detecting the tumor, but also for actually formulating our radiation therapy treatment,” notes Paryani, co-director of FROG. “So we align or better aim our radiation at tumor cells and miss the normal cells.”

FROG’s vision was simple but challenging: Make PET/CT an integral component of its radiation oncology department. Maintains John Wells, MD, co-director of FROG, “Our feeling is that you really can’t have a modern cancer facility without the use of PET/CT in cancer management.”

FROG acquired its first PET scanner in 2000, and the facility used it for about 3,600 studies. Introduced several years later, the PET/CT scanner at FROG features a 70-cm bore that allows patients to be positioned in a fashion similar to how they are treated. The advent of that advance, Wells insists, paved the way for PET/CT’s entrance into radiation oncology.

“That was important to us, because we’re major providers for radiation services,” Wells says. “Now all of a sudden, we had a test that could assist in staging. It could be used to manage the patient during treatment and make better decisions as to when and when not to treat, as well as to follow up after treatment.”

FROG purchased its initial Biograph PET/CT from Siemens Medical Solutions (Malvern, Pa) in 2004 for $2.5 million and acquired a second Biograph unit the following year to handle heavier patient demand. Because the group has been performing PET studies since 2000, staff members were familiar with PET’s form and function, and the system was operational within weeks. Both Biograph systems are housed in mobile coaches that visit five of FROG’s satellite sites.

When PET/CT became available, Paryani was adamant about incorporating it into FROG. “You only get functional imaging with a single PET,” Paryani notes. “But once PET/CT came into being and we formulated it to use with radiology oncology, we were off and running.”

Wells adds, “When I became aware of molecular imaging in the late 1990s, it was a revitalization. It just made our blood surge, because many of us realized that molecular imaging would provide us with the answer to the question, ?Is it alive, and can it hurt you?’

“In radiology,” he continues, “there’s often confusion over what’s benign, what’s scar, or what’s different about the structure. PET/CT lets you discriminate between what the bad guys are and what the good guys are with the most sensitivity and the most specificity of any procedure that’s come along.”

The second Biograph installation at FROG last August marked Siemens Medical’s milestone 1,000th PET installation. It underscores not only the importance of molecular imaging for enhanced diagnostics and treatment planning, but also the shift to PET/CT from PET-only imaging.

“Siemens has provided us with the technical expertise to develop an integrated oncology system,” Paryani insists. “From service to technical support, the company has remained focused on supporting our vision. We are proud to be part of this landmark installation.”

Wells notes that Siemens Medical’s development of lutetium oxyorthosilicate (LSO) crystals made the healthcare industry supplier a logical choice. The patented high-speed LSO detector crystals in Siemens Medical’s newest Biograph reduce the whole-body PET scanning time by up to half.

“With radiation therapy, we know patients move,” he says. “If we can minimize the time it takes to do a study, we’re going to have less problems that deal with motion. Ergo, if we can finish in 15 minutes?compared to 45 or 50 minutes of patients typically lying in an uncomfortable position?the results would be much more positive and dramatic.”

Since transitioning to mobile PET/CT, Wells and Paryani report that FROG has made great strides in the areas of radiation oncology, molecular imaging, and even mobile imaging. In fact, the majority of FROG’s patients’ treatments are now planned using PET/CT.

“More than 60 percent of our patients who are suitable?who have a tumor that can be imaged using CT?now routinely have PET/CT as part of their treatment process,” Paryani relates. “So if a patient comes in with a tumor that can be detected by PET, [we would perform] a PET/CT in the correct anatomical position and in the same configuration that he or she would be treated.”

This configuration is accomplished through lasers built into the PET/CT that allow the patient to be placed in the same position he or she would assume in the linear accelerator. In essence, the two configurations are identical. Using PET and CT information, physicians can configure the tumor volume and specifically target the tumor cells while avoiding as much of the normal tissue as possible.

“If we have the ability to tell if something’s harmful, that’s what we want to treat,” he insists. “We don’t want to treat something that’s not harmful. On a CT, many abnormal structures look the same, and you can be confused. If there is a little kernel of cancer, however, the PET can detect that. We can use both pieces of information in radiation therapy to define the high-dose treatment volume, which is wonderful?because for the radiation oncologist, it’s always about hitting the bad stuff and missing the good stuff.”

FROG’s two mobile vans?18-wheelers specially designed by Medical Coaches Inc (Oneonta, NY)?visit five of the satellite sites twice per week, or once every 48 hours. Highly trained nuclear medicine and CT technologists perform more than 4,000 PET/CT scans and 5,000-plus CT scans per year on the mobile units.

“Access and efficiency are key issues here,” Wells maintains. “We service communities with a rural population or ones that may have a population of 50,000 or less. They would never see a PET/CT scanner if our mobile unit did not go there. An efficient radiology oncology department is not just built on technology; it’s built on scheduling and time management.”

The interior of the mobile unit features a PET/CT scanner in one room, with adjacent workstations where results can be read either off the scanner or off the monitor. The luxury of having everything at hand is that a treatment-planning system can be implemented. A “hot lab” located next to the workstation allows the patients to actually be injected on the coach. In essence, the coach?replete with a cyclotron?acts as a fully functional nuclear medicine lab. “Having mobile units allows us to have consistency with our staff,” Wells says. “It would be impossible in a small clinic to bring people with this level of expertise and just keep them there.”

More importantly, bringing the service to the people provides greater access to FROG’s services. “In the old days,” Paryani admits, “people would have had to drive hundreds of miles to the Mecca. Or, the more common thing is that they would not have come at all.”

Wells predicts a dramatic melding of technology that will ultimately provide a total solution to oncological care. “In the next five to ten years in most radiation oncology departments, you’re going to see access to cyclotrons with the new isotopes that are now being produced,” Wells predicts. “You’re also going to see PET/CT scanners in the department. And everything’s going to be integrated. The data will be pushed directly to the treatment-planning computer, and the same data will be sent directly to the diagnostic radiologist, who will read the study on the fly. Everything will be integrated?it no longer will be about divergence; it will be about convergence.”

Dave Cater is a contributing writer for Medical Imaging. 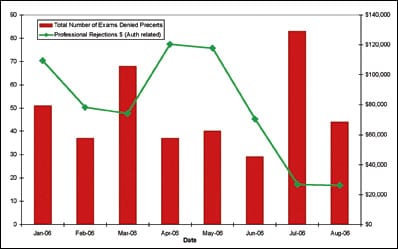 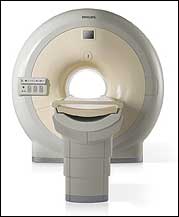