The 2005 Annual Scientific Meeting of the Society of Interventional Radiology was held March 31 through April 5, 2005, in New Orleans. At the meeting, Etiology and Clinical Manifestation of Stroke was presented by Rafael H. Llinas, MD, assistant professor of neurology, Johns Hopkins Medicine, Baltimore. Llinas notes that while stroke is the third most common cause of death among US residents 40 or more years old, it is the leading cause of morbidity requiring long-term care (outranking even Alzheimer disease). The United States has 4 to 5 million residents affected by stroke, which has a US incidence rate of 600,000 to 700,000 per year and contributes to 150,000 US deaths annually.

All of the clinical manifestations of stroke are of sudden onset: headache, unilateral or bilateral loss of vision, abnormal speech, vertigo, abnormal gait, and unilateral weakness. Roughly 15% of strokes are due to primary hemorrhages, but the remaining 85% are ischemic. About 20% of these are attributed to atherosclerotic cerebrovascular disease (hypoperfusion or arteriogenic emboli); another 25%, to penetrating artery disease; 20%, to cardiogenic embolism of many types, including valve disease, ventricular thrombi, and atrial fibrillation; 30%, to no known cause; and 5% to several less common causes, including drug abuse, prothrombic states, dissections, arteritis, and migraine/vasospasm. The primary risk factors for stroke are smoking (the most prominent risk), arterial hypertension, diabetes, hypercholesterolemia, elevated plasma homocysteine, and three factors often found together: angina, myocardial infarction, and limb claudication.

There are two rapid evaluations that may be useful for this purpose. The Cincinnati Stroke Scale is often used by emergency medical technicians in the field, by triage nurses, and by emergency physicians. Although it requires only 30 seconds to perform and is based on only three physical findings, it identifies acute stroke consistently. Patients who have one of the three findings as a new symptom have a 72% probability of acute stroke, Llinas says, and this probability increases to 85% if all three findings are present. Arm drift, the first finding, is assessed by asking the patient to hold out both arms while the eyes are closed. A positive finding consists of asymmetrical arm motion (if both arms drift equally or fail to move at all, this test is negative). The second finding is speech abnormality; the patient is asked to repeat a phrase. If the patient cannot speak, cannot repeat the test phrase, uses inappropriate words, or has slurred speech, this test is considered positive. The third finding is facial droop, assessed by observing the face for asymmetry.

At Johns Hopkins Hospital and Johns Hopkins Bayview Medical Center, both in Baltimore, neuroradiology fellows employ a 60-second stroke evaluation of the frontal, left temporal, parietal, and occipital lobes of the brain. This rapid, focused approach is used (and documented) before, during, and after neuroradiology procedures. It is particularly important to document any deficits found before a procedure, Llinas says, so that they will not be mistakenly categorized as adverse effects of the procedure itself. The 60-second screening has five steps. First, the patient is asked to follow the evaluator’s finger visually; this assesses the frontal-lobe control of eye movements. Second, the patient is asked to say, “It’s a sunny day in Baltimore.” This assesses speech centers in the frontal, temporal, and parietal lobes. Third, the patient is asked to smile, lift the arms for 10 seconds, and lift the legs (if practical) for 5 seconds to assess the frontal motor area. Fourth, the patient attempts to touch the same area with the left hand, right hand, and both hands; this assesses the parietal lobe. Fifth, the patient is asked which of the evaluator’s hands is moving to assess the vision area of the occipital lobe. Llinas notes that anesthesia itself may cause positive findings in some cases, so experience is needed to perform the evaluation properly.

If the 60-second screening performed during the procedure indicates any change from the preprocedure screening results, the sheath used for the procedure should not be removed and the neurology department should be called. Before sheath removal, reshooting the side that was manipulated should be considered. Vascular occlusion should be ruled out, and an acute head CT study should be obtained before any thrombolytic agents are used. Antihypertension therapy should also be considered.

Later in the SIR stroke-management session, Llinas presented Outcomes of Stroke Lysis: The “Hail Mary” Approach. The name of this approach is taken from the term for a last-second shot at the end of a basketball game, attempted from wherever the player happens to be (in other words, the situation may not be ideal, but some action must be taken before time runs out for the game or, in this case, for the patient). The approach was developed by Johns Hopkins Medicine because the benefit of intravenous recombinant tissue plasminogen activator (IV rtPA) decreases after 3 hours have passed since the onset of stroke symptoms. Because too much time has elapsed, only 11% of Johns Hopkins Medical’s stroke patients are given IV rtPA. Intra-arterial (IA) thrombolysis, likewise, is used to treat only a minority of patients and is not performed at many facilities. In order to provide it consistently to patients at both Johns Hopkins campuses who cannot be given IV rtPA, it was necessary to institute a new treatment paradigm, Llinas reports.

Of course, there were several potential problems to be addressed. Interventional neuroradiologists were clearly the best choice for the administration of IA thrombolysis because their skill in navigating intracranial vessels is highly developed. Even those with great expertise may find this difficult without a biplane machine. In less experienced hands, navigation of the intracranial circulation could waste considerable time; in stroke treatment, speed is crucial. Given these limitations, the investigators chose not to pursue the direct infiltration of rtPA into clots when no interventional neuroradiologist was available.

Instead, neuroradiologists and body interventional radiologists performed thrombolysis. Both were skilled at entering the extracranial circulation. The chosen technique was cannulation of the arterial system leading to the artery containing the clot. A multidisciplinary approach was developed, involving vascular neurologists, neurological critical care teams, and radiologists.

The new protocol has been employed for 10 patients since 2002, being reserved for those who were considered otherwise certain to die or become locked in (unable to move anything but their eyes, but aware, which Llinas describes as worse than death). The protocol consists of placement of the catheter into the most distal artery with which the radiologist feels comfortable (and that can be reached quickly). For middle cerebral artery (MCA) or anterior cerebral artery clots, this is usually the proximal internal carotid artery; for basilar clots, it is the vertebral origin of the artery. Eptifibatide is infused at 70g per kg, followed by rinsing; then the dose and rinsing are repeated. Prefrozen 5-mg boluses of rtPA are next infused, followed again by rinsing. This step is repeated three times if the clot is in the anterior circulation and four to five times if it is in the posterior circulation. Llinas stresses that the regular IA rtPA protocol is used instead if an interventional neuroradiologist is available.

Of the 10 patients treated using the Hail Mary protocol, four had undergone large MCA strokes and six had basilar artery occlusions. Angiography showed 100% occlusion in all 10 cases, and all had large strokes evolving. Their prognoses without intervention were all poor, with expected mortality of 80% or more for the four MCA stem occlusions and 75% to 80% or more for the six basilar artery thromboses. These patients were all comatose by the time angiography was performed.

Seven of the 10 patients had successful recanalization, and five of these were living independently 3 months after the event. Two of the seven experienced reocclusion within 24 hours, despite anticoagulant therapy, and subsequently died. The three remaining patients did not experience successful recanalization and died within a week of the event (one with symptomatic hemorrhages).

Issues in the ED: Night Call 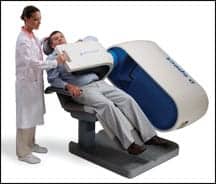 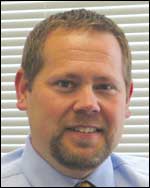