DR: A Study in Time and Cost Savings at IUH

In the first quarter of 2001, a review of radiography data at the Indiana University Hospital, Indianapolis, was undertaken. This was prompted by a need for improvement perceived in the facility’s radiology outpatient center. Staff members at the center were being called on to field complaints at least weekly, from both patients and referring physicians, because patients’ waiting times and patient throughput times were both long. For example, some patients waited more than an hour to be examined.

In 2001, the center began monitoring its patient waiting times and reviewing the distribution of those times. At that stage, the center was staffed by three to four technologists per day. There were three general radiology rooms, a dedicated chest unit, and a multiloader. Each month, approximately 1,600 to 1,700 studies were performed. The customer satisfaction rate at that time was about 92%, and changes were needed to improve that figure.

After reviewing the processes in place at the center, the staff made four recommendations intended to improve those processes. The first recommendation was that registration and patient flow be improved. All of the center’s patients were initially being registered at only one desk, and this created a bottleneck that affected all of the patient-flow steps that followed. The second recommendation was to increase staffing levels for the outpatient center, with four to five technologists to be scheduled regularly.

The staff’s third recommendation was for the clinics associated with the institution to submit their orders for outpatient imaging studies in an electronic format. The fourth recommendation was the installation of digital radiography (DR).

During its initial analysis, the center found that its patient throughput time, from arrival to departure, was a mean of 38 minutes with an SD of 20 minutes (positively skewed).

Further evaluation and approval for DR acquisition naturally required some time. Meanwhile, the center decided to implement its other three recommendations. By having the clinics submit electronic orders, increasing technologist staffing, and improving registration and patient flow, the center was able to achieve a mean patient throughput time of 29 minutes.

Following these process improvements, the outpatient center moved ahead with purchase of three multifunction DR rooms. The same DR system was chosen for all three rooms because the staff felt that it was most likely to meet outpatient needs. The three new DR rooms were installed over a 6-month period and were used to replace four standard radiography rooms. This reduction in the number of rooms in use, coupled with an increase in overall efficiency attributable to both DR implementation and the previous process changes, allowed the center to shift a technologist to another area, reducing staffing to two to three full-time equivalents.

At the beginning of the analysis, the average time that elapsed between a patient’s arrival and the beginning of the examination was more than 11 minutes (Table 1). This increased to nearly 15 minutes for the quarter during which the first and second DR systems were installed, possibly because DR and conventional systems were in operation simultaneously. Upon installation of the third DR system and discontinuation of conventional radiography, waiting times dropped sharply, reaching a low of just under 7 minutes for the following quarter. When waiting times for the 18 months prior to DR installation were evaluated, they showed an average wait of 13 minutes. For the year following installation of the third DR system, the average wait was slightly more than 7 minutes. The overall reduction in waiting time has been 56%. Before DR installation, there were times when as few as 19% of examinations began within 5 minutes of the patient’s arrival. Since DR use, this has reached a high of nearly 57%, and stands at 52% for the most recent quarter for which data have been reported.

Examination times (Table 2) have also decreased since DR implementation, although this reduction has been somewhat less dramatic at 17%. Nonetheless, the drop in examination time has persisted despite a substantial increase in examination volume (from 4,398 to 5,421 per quarter) and a 25% reduction in staffing levels. For the 18 months before DR was installed, the average time that elapsed between the beginning and end of an examination was 12 minutes. This was reduced to an average of 10 minutes during the year following completion of the conversion to DR. For the most recent reported quarter, 80% of studies were completed within 5 minutes, as compared with 69% at the beginning of the project.

Total patient throughput time (Table 3), defined as the time that elapsed between the patient’s initial arrival in the radiology department and his or her departure after the examination had been completed, decreased 32% following the installation of the outpatient department’s three DR systems and the completion of the other three process changes recommended by the center’s staff. Before the first DR unit was installed, the average throughput time was 27 minutes. After the third unit was installed and the parallel film-based system was largely abandoned, the average throughput time decreased to 18 minutes. It should be noted that the facility continues to print film for orthopedic examinations, but is otherwise operating in a filmless environment.

In 2003, the outpatient radiology center had a repeat examination rate of 7%, accounting for 580 extra sheets of film per year (Table 4). The ability to manipulate images after acquisition, provided through the installation of DR, has minimized the need to repeat studies and has, therefore, decreased the facility’s film costs. In addition, the decision to stop printing film for nonorthopedic examinations (which account for slightly less than half of the outpatient center’s procedural volume) will save a projected $59,000 in film costs for 2005. This allowed us to shift staff that was needed in other areas of the department. An additional savings of $5,750 per year is attributed to the ability of the center’s three DR units to handle the procedural volume that formerly required four radiology rooms. The room that was freed by the conversion to DR is now employed by the hospital for another purpose.

These results constitute a considerable improvement, and the satisfaction levels of both physicians and patients have increased as a result. At present, ongoing monitoring of satisfaction levels indicates that 97% to 98% of the outpatient radiology center’s patients and their referring physicians are satisfied. It is also gratifying to the center’s staff that they are no longer called upon routinely to deal with patients who are angry because they have waited so long. 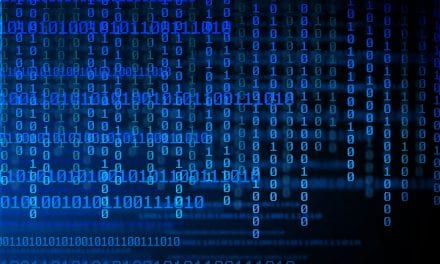 Health IT Brings Value to ACOs