CMS needs to reconsider proposal to not cover CT colonography

The Centers for Medicare and Medicaid Services (CMS) proposal to not cover CT colonography (CTC) for colorectal cancer screening may result in an avoidable loss of lives, particularly in the minority community, and is not going unchallenged by the American College of Radiology and others.

Colorectal cancer is the third most diagnosed cancer in the United States and the second leading cause of cancer death, claiming more than 52,000 lives each year, despite having a 90% cure rate when detected early. The National Roundtable on Colorectal Cancer indicates that more than 20,000 deaths could be avoided if more patients were screened for the disease. Yet, the vast majority of those 50 and older who should be screened opt not to be tested—due to the discomfort, inability to work or drive after sedation, wait times, and safety concerns associated with colonoscopy and other CMS-covered exams.

CTC produces three-dimensional images that permit a thorough and minimally invasive evaluation of the entire colon and rectum and requires no sedation. Patients can resume normal activity immediately afterward. This is attractive to many patients and could increase screening compliance. Medicare coverage would enable providers to offer the exam to more patients who would otherwise not be screened at all. In a recent Mayo Clinic analysis, 51% of screening CTC patients 65 or older had barriers to undergoing colonoscopy (eg, prior incomplete colonoscopy, anticoagulated), leaving CTC as a more viable option. Since early detection and removal of polyps can prevent colon cancer, tens of thousands of lives could be saved.

CTC is less expensive to perform than colonoscopy and could save the health care system millions of dollars by significantly reducing the number of more extensive treatments required for patients with advanced disease.

The results of a recent multisite ACR Imaging Network (ACRIN) study confirmed those of previous single-site studies—that CTC is comparable to colonoscopy at detecting cancer and precancerous polyps that are most likely to become cancer and could serve as a screening exam for colorectal cancer.

The American Cancer Society (ACS) included CTC as a recommended screening exam in the new joint consensus guidelines for colorectal cancer screening, released by the ACS, ACR, and the US Multi-Society Task Force on Colorectal Cancer (which comprises representatives from the American College of Gastroenterology, American Gastroenterological Association, and American Society for Gastrointestinal Endoscopy).

However, CMS proposed to decline coverage stating, “The evidence is inadequate to conclude that CT colonography is an appropriate colorectal cancer screening test.” CMS cited concerns regarding radiation exposure risks, costs of extracolonic findings, and whether results of the ACRIN trial (and others) would translate to the general Medicare population.

We will take these concerns one at a time:

In 2008, the ACR developed the National Registry of Diagnostic Radiology (NRDR), which facilitated quality metrics for CTC including low dose CT techniques and recording of clinically significant extracolonic findings requiring further work-up. With more than 1,300 patients piloted in NRDR to date, the metrics promote quality assurance as CTC advances.

On March 9 at the US Capitol, ACR, industry, and patient groups briefed congressional and regulatory staff on the importance and effectiveness of CTC. Lawmakers responded.

CMS will announce its final decision on coverage of screening CTC in May. The ACR will work with other medical society, industry, and patient groups to help CMS come to the correct decision: to cover CT colonography for colorectal cancer screening.

Elizabeth McFarland, MD, is chair of the ACR Colon Cancer Committee and continues to work on standardization and practice guidelines of CTC, reimbursement, and coding. She has served on multiple multidisciplinary workgroups of the American Gastroenterology Association, the American Medical Association, and the ACR. In 2006-2008, she led the radiology efforts with the American Cancer Society 5-year colorectal screening guidelines. 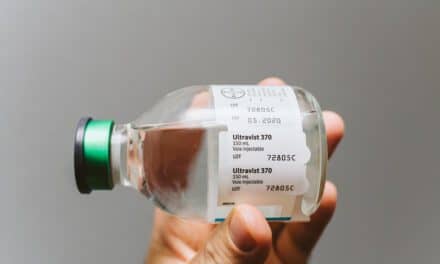