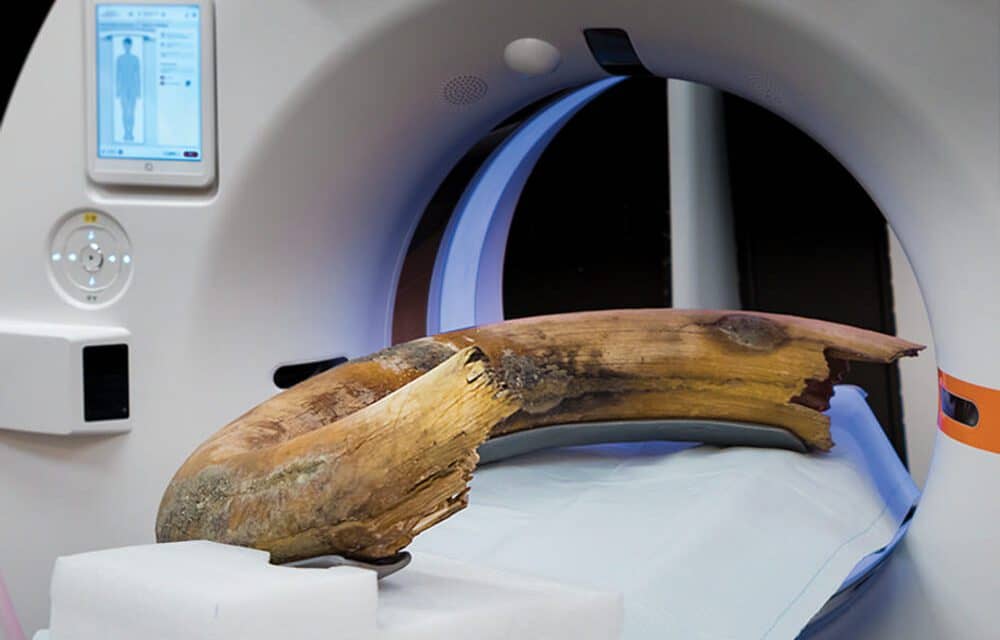 For the first time, researchers successfully captured CT images of an entire woolly mammoth tusk, according to a new “Images in Radiology” article published in the journal Radiology—the journal of the Radiological Society of North America (RSNA). Researchers were able to do a full scan of the tusk in its entirety—or in toto—using a newer clinical CT scanner. The new technology allows for large-scale imaging without having to do multiple partial scans.

“Working with precious fossils is a challenge since it is important not to destroy or harm the specimen,” said the article’s senior author, Tilo Niemann, MD, head of CT, and cardiac and thoracic radiology in the department of radiology at Kantonsspital Baden in Baden, Switzerland. “Even if there exist various imaging techniques to evaluate the internal structure, it was not possible to scan a whole tusk in toto without the need for fragmentation or at least having to do multiple scans that then had to be painstakingly assembled.”

The extinct woolly mammoth (Mammuthus primigenius) was the size of a modern-day African elephant and lived throughout Eurasia and North America. Most of the woolly mammoths went extinct with the conclusion of the last Ice Age, and the last specimens lived approximately 6,000 years ago. They belong to the order Proboscidea, which includes today’s elephants as well as other extinct mammoths, mastodons, and gomphotheres.

Mammoths were covered in fur and had small ears and a small tail to abate frostbite. They also had tusks that they used for scraping bark off trees, digging on the ground for food and fighting. The tusks of proboscideans have allowed researchers to determine the age and identification of specific life-altering occurrences based on annual growth increment analysis.

Newer CT scanners have larger gantries, which is the ring or cylinder into which a patient, or in this case the tusk, is placed. The introduction of larger gantries now allows the opportunity for scanning larger objects that was not possible before, Niemann notes.

The tusk that the researchers examined was found in central Switzerland and excavated by the heritage and archaeology office of Canton Zug. The tusk is a total of 206 centimeters (cm) in length—nearly 7 feet. It has a basal (measurement at the base) diameter of 16 cm—just over 6 inches. The total object diameter—taking into account its helical, or spiral, curvature—is 80 cm, or just over 2.5 feet.

Tusks mostly consist of two types of material: cementum, a bonelike substance, and dentin, which lies beneath the cementum and accounts for most of the tusk’s mass. Mammoth tusks are internally structured by annual increments of dentin apposition which, when viewed in longitudinal section (as opposed to cross-section), resemble cone-shaped cups stacked on top of one another. The first “cone” a mammoth creates forms the tip of the tusk, while the cone at the tusk base is the most recent, generated just prior to the animal’s death. The cones in between are formed throughout the mammoth’s lifetime.

Using the larger-gantry CT scanner, researchers, in collaboration with the Institute of Evolutionary Medicine, University of Zurich, were able to capture a clear image of the entire tusk’s interior. “It was fascinating to see the internal structure of the mammoth tusk,” Niemann says.

“Our mammoth had died at the age of around 32 years, approximately 17,000 years ago,” Niemann says. 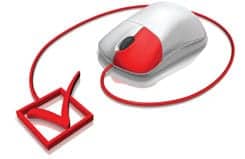