With a number of electronic brachytherapy studies being presented at the 2008 World Congress of Brachythe-rapy and several panel sessions on the topic added to the official program, the therapy technique seems to be gaining ground in the brachytherapy community.

Xoft Inc, Sunnyvale, Calif, for one, is enjoying the increased interest targeted at the technology. The developer of the Axxent Electronic Brachytherapy System believes that the studies by radiation oncologists, medical physicists, and other health experts bolster a growing body of research that supports the system’s use in the treatment of early stage breast cancer. Additionally, the studies explore potential cervical and endometrial applications in which nonisotope-based brachytherapy could be utilized to deliver precise dose to targeted tissue.

“While providing equivalent treatment, unlike brachytherapy sources containing radionuclides, the nonradioactive electronic source can be turned on and off at will, and may be operated at variable voltage to change the penetration properties,” said Frank Verhaegen, PhD, a professor at McGill University and one of the presenters. “This gives radiation oncologists the ability to provide on-demand x-ray treatments with equivalent treatment parameters, but it can be delivered in virtually any clinical setting rather than in the heavily shielded environments demanded by most radiation sources.”

Even further, a series of additional studies explored the use of electronic brachytherapy beyond breast cancer treatment. One study, presented by Adam Dickler, MD, radiation oncologist at Little Company of Mary in Chicago, compared treatment results using iridium-based brachytherapy and electronic brachytherapy in the treatment of endometrial cancer. According to Xoft, results suggested equivalent target of volume coverage for electronic brachytherapy, while sparing healthy bladder and tissue. Kathryn Huber, MD, of Rhode Island Hospital, and Michael Kirk, PhD, a professor at Rush University in Chicago, led studies that looked at the system’s effectiveness in treating cervical cancer. Investigations from other studies found that calculated mean doses to the bladder and rectum were reduced by 25% to 40% when using Xoft’s system.

With national attention being given to Sen Edward Kennedy’s recent cancer diagnosis, the Radiation Therapy Oncology Group (RTOG) shortly thereafter released an update on an ongoing study that is examining the effectiveness of a chemotherapy drug for patients with a malignant brain tumor.

Specifically, the study seeks to establish whether high doses of temozolomide after radiotherapy can improve outcomes for patients with newly diagnosed malignant glioma.

Conducted domestically by the RTOG, a clinical research component of the American College of Radiology, the study has enrolled approximately 1,153 malignant glioma patients at 217 sites throughout the United States, Canada, Europe, and Israel.

“Researchers, both in the US and abroad, have been very enthusiastic about this study,” said RTOG Group Chair Walter J. Curran, Jr, MD, Lawrence W. Davis professor and chair of the Department of Radiation Oncology in the Emory School of Medicine and chief medical officer of the Emory Winship Cancer Institute. “The rate of patient enrollment has exceeded our expectations, due in part to the strong desire of the entire oncology community to find improved treatment options for patients with this serious disease.”

According to the RTOG, the study’s objective is to find out whether administering temozolomide for a longer time each month, compared to current practice, will improve the outcome for malignant glioma patients. It also looks to observe the effects, if any, the longer drug schedule might have on patients.

Furthermore, the trial will look at the relationship between methylated MGMT status and temozolomide dose on survival. Correlative laboratory studies have demonstrated a link between tumor MGMT gene expression and treatment response. In order to identify the MGMT gene in a patient, a sample of tumor tissue must be taken from the individual and examined by a central laboratory prior to the randomized treatment assignment.

Standard treatment for patients with glioblastoma is radiotherapy for 6 weeks along with temozolomide during radiotherapy, and afterward once per day for 5 days every 4 weeks for up to 1 year.

The study’s participants each take a daily dose of temozolomide orally during radiotherapy. When radiotherapy is completed, the enrolled patients are randomly assigned to receive either the standard treatment schedule or the longer schedule, consisting of temozolomide once per day for 21 days every 4 weeks for up to 1 year. Patients receive an MRI or CT scan regularly in order to assess tumor size and the effectiveness of treatment, and patients’ medical conditions will be monitored for the remainder of their lives.

Funded by the National Cancer Institute, which is part of the National Institutes of Health, the 4-year multicenter trial is cosponsored by the European Organisation for Research and Treatment of Cancer (EORTC).

Officially called “RTOG 0525/EORTC 26052_22053: Phase III Trial Comparing Conventional Adjuvant Temozolomide with Dose-Intensive Temozolomide in Patients with Newly Diagnosed Glioblastoma,” the study builds upon the work of Mark R. Gilbert, MD, RTOG, study chair from the University of Texas M.D. Anderson Cancer Center, and the work of Roger Stupp, MD, University of Lausanne in Switzerland, with the EORTC and the National Cancer Institute of Canada.

The trial was closed to patient accrual in mid-June, and researchers are in the process of analyzing the data. 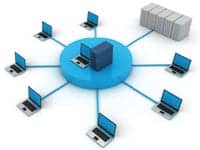