Richard L. Wahl, MD, has been elected 2021-22 president of the Society of Nuclear Medicine and Molecular Imaging (SNMMI). Wahl is the Elizabeth E. Mallinckrodt Professor and head of radiology at Washington University School of Medicine in St. Louis, director of the university’s Mallinckrodt Institute of Radiology, and professor of radiation oncology. SNMMI introduced a new slate of officers during its 2021 Virtual Annual Meeting, held earlier this month.

“Nuclear medicine is undergoing a renaissance as a precision medicine specialty, with new radiopharmaceuticals, theranostics, and instrumentation to elucidate biology and benefit patients,” Wahl says. In his years in office, he plans to focus on ensuring patient access to nuclear medicine diagnostics and therapeutics, enhancing the diversity and number of professionals working in nuclear medicine, and fostering discovery and innovation in nuclear medicine science.

A longtime SNMMI member, Wahl currently serves as the chair of the research and discovery domain for the society’s Value Initiative. He has served on the editorial board of The Journal of Nuclear Medicine for many years. He is also a member of several councils and centers of excellence at the society, as well as the Missouri Valley Chapter.

Moreover, Wahl is an elected member of the American Society for Clinical Investigation, the American Association of Physicians and the National Academy of Medicine and has received honors from multiple organizations. He holds 18 patents and has published more than 460 peer-reviewed scientific manuscripts. Also, he is a co-inventor of several FDA-approved theranostic drugs and devices. 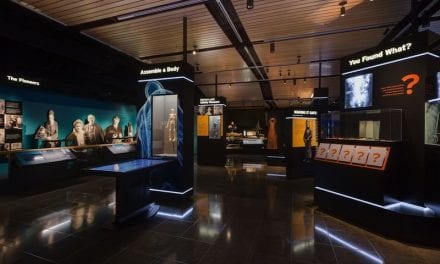