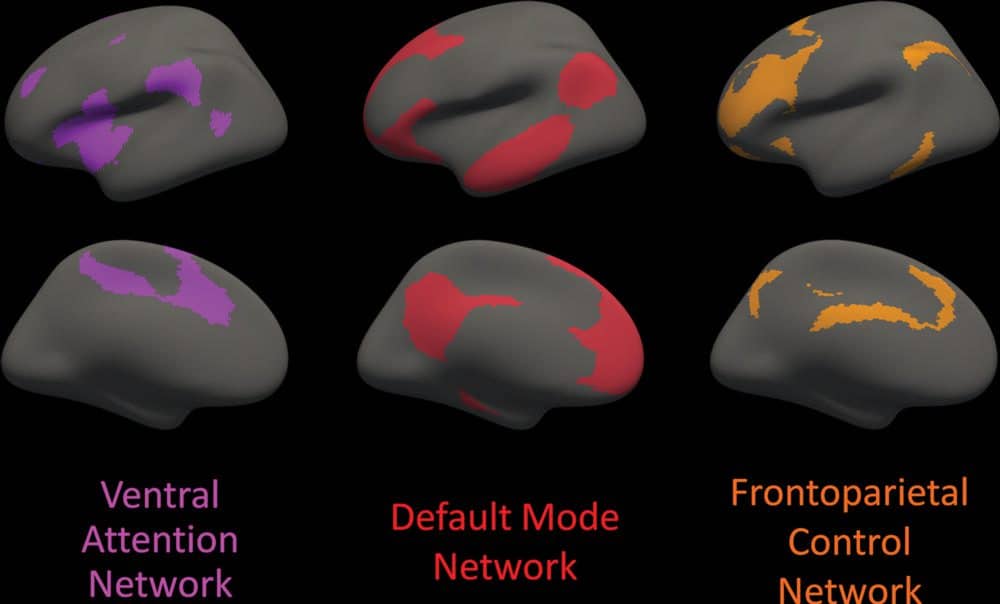 The structural integrity of the brain’s white matter as measured with an advanced MRI technique is lower in cognitively normal people who carry a genetic mutation associated with Alzheimer’s disease than it is in non-carriers, according to a study in Radiology. Researchers say the findings show the promise of widely available imaging techniques in helping to understand early structural changes in the brain before symptoms of dementia become apparent.

People who carry the autosomal dominant Alzheimer disease (ADAD) mutation have a higher risk of Alzheimer’s disease, a type of dementia that affects about one in nine people in the United States. The mutation is linked to a buildup of abnormal protein called amyloid-beta in the brain that affects both the gray matter and the signal-carrying white matter.

“It’s thought that the amyloid deposition in the gray matter could disrupt its function, and as a result the white matter won’t function correctly or could even atrophy,” says study lead author Jeffrey W. Prescott, MD, PhD, neuroradiologist at the MetroHealth Medical Center in Cleveland.

“The current work extends these results by showing that similar findings are detectable in asymptomatic at-risk patients,” says Jeffrey R. Petrella, MD, professor of radiology at Duke University and senior author on both studies.

In the new study, Prescott and colleagues used data from the Dominantly Inherited Alzheimer Network (DIAN) to compare ADAD mutation carriers with non-carriers to see if there were changes in structural connectivity that could be related to the mutation. The study participants included 30 mutation carriers, mean age 34 years, and 38 non-carriers, mean age 37. The participants all had normal cognition when they underwent structural brain MRI and DTI.

Analysis showed that mutation carriers had lower structural connectivity in the frontoparietal control network, which connects areas mainly in the parietal and frontal lobes, two regions known to be involved with Alzheimer’s disease. Among mutation carriers, there was a correlation between expected years until onset of symptoms and white matter structural connectivity in the frontoparietal control network, even when controlling for amyloid plaque burden.

“This suggests that DTI measures of network integrity may serve as a surrogate for the brain’s resilience to pathologic attack,” Petrella says.

“We used a network measurement called global efficiency, in which a decreased efficiency can be taken as a breakdown in the organization of the network,” Prescott adds. “The results show that for mutation carriers, global efficiency would decrease significantly as they approach the estimated age of symptom onset.”

The study findings support a potential role for imaging-based identification of structural changes of the brain in people at genetic risk for early-onset Alzheimer’s disease in understanding how genes influence the disease process that leads to dementia.

“This shows the potential of MRI as an evaluation tool in patients who are deemed at-risk for Alzheimer’s disease before they develop symptoms,” Prescott says. “Use of these advanced MRI techniques could help further refine identification of at-risk patients and risk measurements.”

The findings also point to a role for imaging in studying therapeutic drugs to treat Alzheimer’s disease. While the majority of trials so far have been performed with patients who already have Alzheimer’s disease or cognitive impairment, earlier identification and treatment of patients at risk represents a more promising avenue for preventing or at least delaying the onset of dementia.

“One potential clinical use of this study tool would be to add quantitative information to risk factors like family history and use that to help identify patients early, when they may benefit from treatment,” Prescott says. “But until we have an effective treatment, we will have to wait for that to be implemented.”

The researchers hope to do a follow-up using advanced imaging and updated data from the DIAN network to evaluate the progression of Alzheimer’s disease in the study participants.

Featured image: Cortical areas involved with each of the three distributed cortical association networks analyzed are displayed on an inflated brain surface, viewed from the lateral aspect (top row) and the medial aspect (bottom row) of the left hemisphere; the right hemisphere (not shown) is nearly a mirror image of the left hemisphere. The regions are based on a standard functional parcellation of the human brain from a resting-state functional MRI study of 1,000 healthy individuals. The three specific networks of interest are the ventral attention network (purple), default mode network (red), and frontoparietal control network (orange). (Photo courtesy of RSNA) 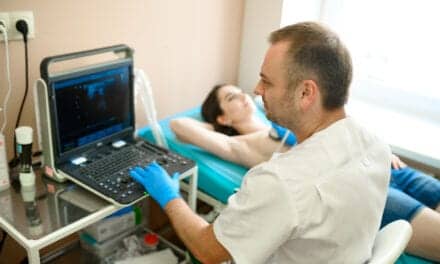 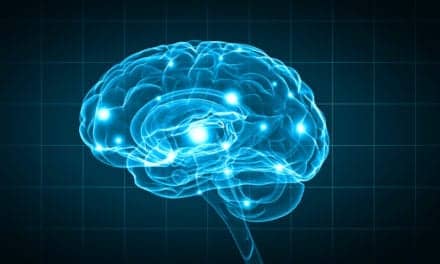 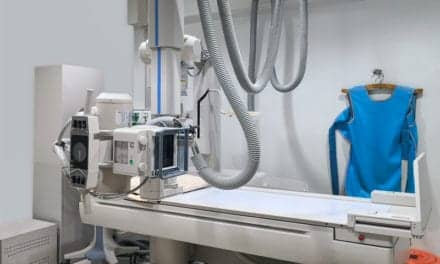 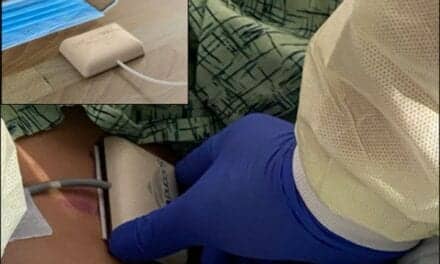