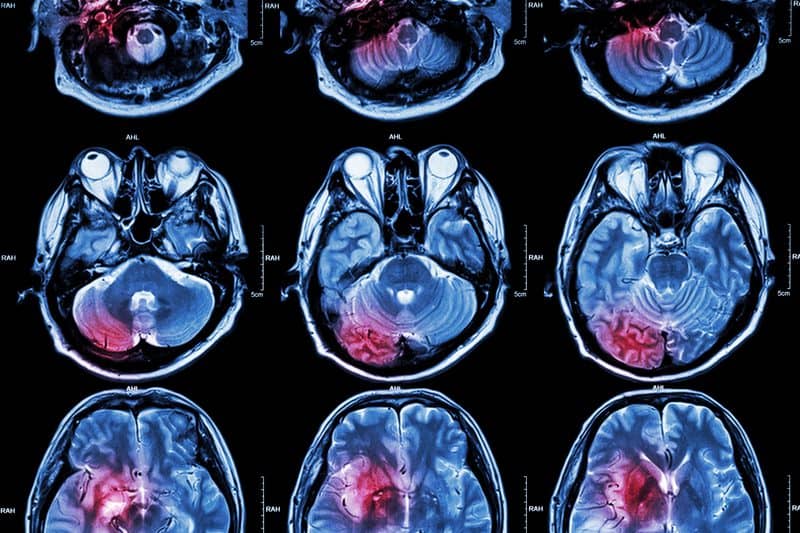 Sirens whining, an ambulance brings a 65-year-old woman on a stretcher to a hospital ER. She is conscious, but her mouth is drooping to one side, and she is confused and speaking unintelligibly. These telltale symptoms have allowed a preliminary diagnosis on the way to the hospital: acute ischemic stroke; a blood clot has blocked proper blood flow inside her brain.

Time is of the essence to prevent devastating neurological consequences that might leave her unable to speak, move or take care of herself—or, in the worst-case scenario, kill her. This is because treatment with anticoagulants—or surgical intervention to remove the clot if necessary—will cease to be an option after some six hours from the onset of symptoms have elapsed. The woman is therefore immediately prepped to undergo an emergency MRI scan for doctors to confirm her diagnosis and act accordingly to minimize damage.

The kind of MRI scan, typically prescribed for the diagnosis and assessment of brain lesions caused by acute ischemic stroke, is called “diffusion MRI” (or dMRI). For more than three decades, diffusion MRI has been extremely successful for the management of patients with acute stroke.

What dMRI does is to measure how water molecules move within brain tissues as part of their natural physical diffusion processes. The quantification of these diffusion rates generates the dMRI contrast, with which it is possible to visualize differences between stroke lesions and normal brain tissue. Because the diffusion process occurs on a microscopic scale, dMRI can reveal microscopic details about brain tissue architecture that has become abnormal due to the stroke. Importantly, it can also give doctors an estimation of how long ago the stroke started, guiding their therapeutic choices.

“For ischemic stroke, which represents about 80% of overall stroke cases [the remaining 20% being hemorrhagic], dMRI was the first method that was able to time the stroke,” says Noam Shemesh, PhD, principal investigator of the Preclinical MRI lab at Champalimaud Research and the Director of the Champalimaud preclinical MRI Centre, in Lisbon, Portugal. But dMRI has a limitation: the contrasts visible in the images do not have sufficient information to explain what is actually going on inside the brain lesions the patient has suffered.

“Stroke involves complex biological cascades, with many different potential outcomes on a microscopic scale in the lesions, that all look the same in conventional dMRI contrasts,” says Shemesh. And since the underlying nature of the lesions can vary substantially between patients, this can influence treatment and outcome. This means that dMRI gives little information to guide treatment and has very little predictive power about what will ultimately happen to this very sick woman and others who find themselves in a similar predicament.

There has been progress, though: a methodology developed in 2005, called “diffusion kurtosis imaging” (DKI), “is more sensitive in pinpointing the location of the ischemic damage, and potentially tells us something about salvageable tissue,” says Shemesh. “But it is still not sensitive enough for predicting outcomes.”

The good news is that, with colleagues Rafael Henriques (from his lab) and Sune Jespersen, from Aarhus University in Denmark, the team has developed a new methodology, which they have dubbed “correlation tensor MRI” (CTI), which may be a fundamental step forward.

According to Shemesh, CTI may become a far better way to characterize stroke lesions from diffusion MRI and to predict individual outcomes for acute ischemic stroke patients. Their results have just been published in the journal Magnetic Resonance in Medicine.

The Problem with Water Diffusion Models

Actually, the limitations of “basic” dMRI reside in the assumptions made about water diffusion in brain tissues (and the mathematical framework used to describe them) in combination with the actual measurements performed during the dMRI scan itself. MRI, in itself, is a powerful and very versatile modality; the problem consists, rather, in how information on the tissue in these images is encoded by the scanner.

So, it’s no wonder that there has always been an urgent need to develop new methodologies and mathematical tools to better model what is actually going on in the brain. Not only for the management of diseases like stroke, but also to achieve a better understanding of the workings of the healthy human brain. Accordingly, there has been much ongoing research effort in this direction especially since the 1990s, where dMRI measurements were made possible due to leaps in hardware.

Crucial to this endeavor are the statistical models used to represent water diffusion in neural tissues. At the beginning, the simplest dMRI approach assumed that water diffusion in the brain can be described in an essentially similar way to its diffusion in a pure fluid—that is, by a single number capturing the diffusion rate. However, this implicitly assumes that diffusion is the same in alvl directions.

But brain tissues are much more complex and heterogeneous, making diffusion environments much more interesting than their pure fluid counterparts. In particular, water molecules in the brain interact with cellular membranes and other biological components, and do not necessarily move in the same manner in all directions, so there is, among other things, directionality to consider when modeling diffusion in the brain.

The “diffusion tensor imaging” (DTI) approach was developed, in 1994, to take this effect into account. It proved very useful to make what are today known as structural connectomes – those brain-wide, colorful images of brain fibers and their long scale paths, that have become ubiquitous in neuroscience popularization.

Still, DTI does not account realistically enough for the dynamics of water molecule diffusion at the local scale in the brain—which is, undoubtedly, the most relevant aspect to consider when using diffusion MRI to assess damage due to acute stroke, for instance.

At this local level, water molecules encounter barriers, move between compartments, and can even undergo chemical exchanges, configuring an even more complex situation than water molecules moving along enclosed nervous fibers.

It was with this in mind that “diffusion kurtosis imaging” (DKI) was developed in 2005. “DKI can be thought of as an extension of DTI which takes into account how different the diffusion process is from appearing as a pure liquid,” says Sune Jespersen, PhD, the second author of the paper and a long-term collaborator of the Shemesh Lab. “In a glass of water, kurtosis is zero; in the brain, kurtosis appears due to the complexity of the system.”

“To estimate kurtosis, DKI requires more measurements to be taken during the diffusion MRI scan—as compared to DTI—and the mathematical modeling and analysis are also more complex,” Jespersen adds. But, as expected, DKI proved more sensitive than DTI for acute stroke lesion imaging.

Except that, for Shemesh and his team, this approach was still not satisfactory. “DKI is more sensitive in characterizing the area where we can see lesions originating from acute ischemic stroke, but it still does not tell us what actually happens inside the lesion; that is a major impediment to predicting the patient outcome and tailoring appropriate treatments”, he says.

He adds, “And because kurtosis can arise from multiple sources, each representing a different scenario [such as edema and other events] but all equally producing similar contrasts in conventional DTI and DKI, we wanted to take the extra step of disentangling these sources”.

In particular, they wanted to estimate the actual value of so-called “microscopic diffusional kurtosis,” an intrinsic property “which reflects the enclosing microenvironments through which water molecules diffuse within the brain,” explains Shemesh.

All previous approaches consider this property to be of no relevance to the total kurtosis in neural tissues—that is, essentially zero everywhere in the brain, and so they ignored it. However, the team decided to try to detect and map this property directly, which meant that they had to extend the theory further and develop new ways of gleaning the microscopic diffusional kurtosis.

“In the last four years, we had developed this completely new methodology called “correlation tensor MRI”, that gave us a way of directly measuring microscopic kurtosis,” says Shemesh.

“The math involved was much more sophisticated and advanced than with any previous DKI methodology,” says Rafael Henriques, the first author on the study. “And on top of that, the number of measurements that had to be performed required a completely new type of dMRI scan, one that is tailored to measure the properties required to disentangle the kurtosis sources,” he adds. After all this effort, it was time to use it.

And so, the scientists put it to the test and asked whether microscopic kurtosis was an important dMRI factor. It was a logical step, and they might even learn something new about what was actually going on at the microscopic level in the brain. So, they used correlation tensor MRI, in vivo, on rats. And the results, says an elated Shemesh, were totally unexpected—and came with an immediately added bonus for stroke imaging.

Contrary to their expectations, they found that this intrinsic, microscopic component of kurtosis was in fact not negligible at all. On the contrary, it has an important effect on the interpretation of the results of MRI scans.

“This means that much information that was inferred in the past about the tissue microstructure is biased, and in some cases, can even be completely wrong,” stresses the senior author of the study. Furthermore, “microscopic kurtosis turned out to be a dominant source of relevant contrasts (in the images), especially in gray matter tissues.”

This immediately prompted the second logical step: to “harness our new methodology to highlight microscopic diffusional kurtosis in stroke,” points out Shemesh. For doing this, the same team was joined by Rita Alves (also from Shemesh’s lab, and a member of the Champalimaud International Doctoral Programme), who led this part of the research, and other colleagues from the Champalimaud Foundation and University College London. This second study consisted in scanning the brains of stroked mice.

Again, the results, which have already been submitted for publication, were very surprising—and very promising in terms of stroke lesion characterization.

“Amazingly,” says Shemesh, “microscopic diffusional kurtosis represented the strongest contrast (in the MRI scans) for stroke in the brain. Of all our measurements, it was the best one. And we then discovered that these measurements are likely to reflect the amount of so-called ‘neurite beading’ (microscopic bead-like swellings in the dendrites and axons of the neurons) and edema in the brain tissue.”

These two events specifically occur in acute ischemic stroke, and their quantification could assist in determining the true state of the tissue and thus be relevant for predicting outcomes, according to Shemesh. “Thus, our work is the first to show we can get a good signature for specific events in stroke.”

“Hopefully, we have found a better way to characterize stroke in vivo in humans,” he adds. For this purpose, the scientists have now to confirm the quality of this newly found contrast in the magnetic resonance images of human patients. The work, which involves implementing correlation tensor MRI on clinical scanners, is already underway in collaboration with a lab in Italy. And according to Shemesh, “the results have also been astounding.”

Concerning the two animal studies, Shemesh concludes: “Our results are extremely exciting. And we had not even predicted the outcome; this was truly serendipitous, and reinforces that when such novel paths are tread, exciting results will come.” 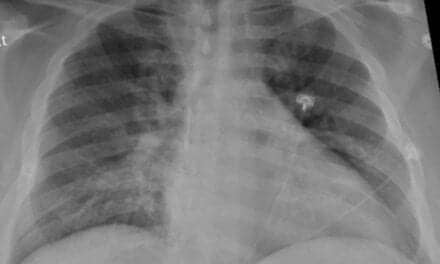 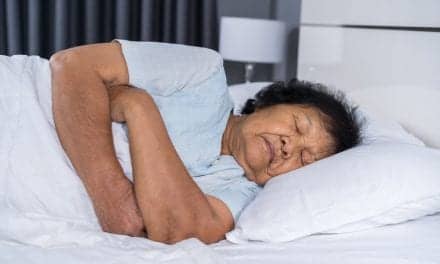