Hospital administrators are frequently required to determine the financial impact of substituting supplies, equipment or labor currently used in the provision of services, for alternatives.

The basic CVP formula is the break-even formula:  FC/CMu where FC is fixed costs, and CMu is contribution margin per unit.

To illustrate the application of the formula, consider the situation where an administrator is approached by an equipment vendor seeking to lease newly developed software for an MRI scanner.

The vendor may promise increased net revenue, despite the increased investment in the new software, due to the increased speed of the scanner’s image processing time, resulting in increased patient throughput. If the annual license fee for the software is $250,000 and the contribution margin per unit of the typical MRI scan is $1,400, throughput would have to increase by over 178 scans per year to break even.1

When faced with the decision to substitute Breeza for the traditional flavor enhancer used in the preparation of oral iodinated contrast administered in connection with abdominal CT scans, an administrator’s CVP analysis should include a computation of the effect of the decision on the department’s break-even number of scans performed, as well as the incremental revenue generated resulting from changes in scan throughput related to the substitution.

The assumptions used in this analysis are as follows:

To calculate break-even, consider the following fixed costs3 and contribution margin allocated to a CT scanner operation located in a not-for-profit institution:

Applying the formula to Table 1 and Table 2, the number of scans needed to break even resulting from the switch to Breeza increases by 21 as shown below:

Break-even scans increased as a result of the impact of a decrease in the contribution margin resulting from an increase in variable costs due to the substitution of Breeza for conventional flavor enhancer used in the administration of an oral non-ionic contrast agent.

The decision the administrator will have to make is whether the resulting increase in break-even point can be overcome by an increase in scan volume greater than 21 per year.4

It is understood that different facilities will have different combinations of fixed costs, variable costs and revenue.

Table 3 calculates the additional number of scans needed, per year, to break even assuming a switch to Breeza, under a variety of assumptions.

Because the net increase in variable cost per scan of $4.92 will lead to an increase in the break-even point, the administrator must also evaluate the associated increase in patient throughput achieved as a result of the substitution of Breeza for the traditional flavor enhancer.

When assuming an average scan time of approximately 10 minutes per scan, theoretical scanner capacity is approximately 48 patients per eight hour shift. A variety of circumstances affect a hospital’s inability to achieve theoretical capacity. One such circumstance is the adverse impact on scheduling when oral non-ionic contrast is indicated.

In a previous study, Joustra5 demonstrated that the use of Breeza reduced the time from order to start of the scan, on average, by 21 minutes, increasing scanner throughput. The administrator should consider the impact of increased throughput on a per shift basis. While 24 hour scanner capacity is not likely to be filled, first shift time slots are likely to be filled, resulting in scheduling backlogs for the more desirable time slots.

Lost patient volume due to avoidable scheduling problems represents a significant opportunity cost for the hospital.

Consider the following analysis where fixed costs and revenue per scan will not change as a result of a switch to Breeza. These charts calculate the contribution margin per scan and demonstrate the effect on contribution margin (cash flow) solely due to increases in patient volume resulting from the switch.

The administrator can interpret Table 4 in the following manner: If the radiology department can scan one, two or three, etc. additional patients per day as a result of improved efficiencies gained from the use of Breeza, the department will generate additional cash flow (contribution margin) of $75,803, $151,605, $227,408, etc. over the course of a year. Notably, only 21 additional scans per year are needed to achieve break-even.

Not all facilities will be reimbursed at the Medicare national unadjusted rate of $390.13, nor will they all incur variable costs of $107.92 per scan (with Breeza).

Table 5 displays the annual economic impact of the use of Breeza flavored beverage over a variety
of reimbursements and variable costs, to accommodate a variety of payor mix scenarios.

Other factors may contribute to increased throughput and total scan volume as a result of the use of Breeza in favor of other flavor enhancers. These include: increased patient compliance due to the improved taste leading to fewer incomplete scans; increased patient satisfaction scores leading to improved Medicare reimbursement; more repeat patient business and patient referrals as a consequence of a favorable experience; reduced backlogs, decreased likelihood that a patient would select a competitor with a shorter backlog.

Despite an initial increase in variable cost associated with the use of Breeza, and the resultant, relatively minor, increase in breakeven scans, the administrator can expect an increase in revenue due to the increase in patient throughput and reduction in backlog for prime scan slots.

1 The CVP formula can predict the number of units needed to generate a target income as well by a adding the targeted income to the fixed cost in the numerator of the formula. For instance, if the required rate of return on the investment in the software was 15%, $37,500 would be added to the license fee and the numerator would become $287,500 resulting in the need to increase scan volume by 205 units to achieve the required return on investment.

4 Because the number of breakeven scans increases by 1.736% (21/1210), scan volume would have to increase by at least the same percentage in order to achieve the same absolute contribution margin as before the switch to Breeza.

John J. Cergnul, JD, CPA was born in St. Louis, MO but was raised in Memphis, TN. He received his Bachelor of Business Administration from the University Of Notre Dame and his Juris Doctor from the University of Memphis. He passed the CPA exam while in law school and started his professional career in the tax department of the Memphis office of Touche Ross (now Deloitte). After a year with Touche Ross, Professor Cergnul moved to South Bend, IN with Coopers and Lybrand (now PricewaterhouseCoopers). He worked in Cooper’s South Bend office and their Washington, DC National Tax Consulting office. During this time he also taught tax and accounting courses as an adjunct professor at The University of Notre Dame and Indiana University-South Bend. He left public accounting in late 1984 for a career in radiology business management. He managed a large private radiology practice for 24 years. Professor Cergnul, while a radiology practice manager, was also active in the Radiology Business Management Association, serving in a number of capacities including that as President of the organization. In 2008, he followed his passion for teaching, leaving the private sector and now teaches tax and accounting courses full time at Saint Mary’s College, at Notre Dame, IN.

Professor Cergnul has lectured to professional groups many times, on many tax and business topics. He is also a frequent guest on local radio and tv news programs. He is married with three children and four grandchildren. 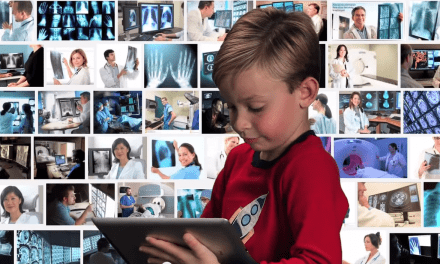 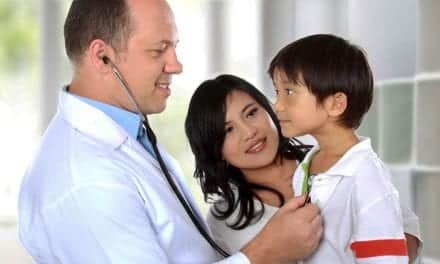