To Screen or Not to Screen? 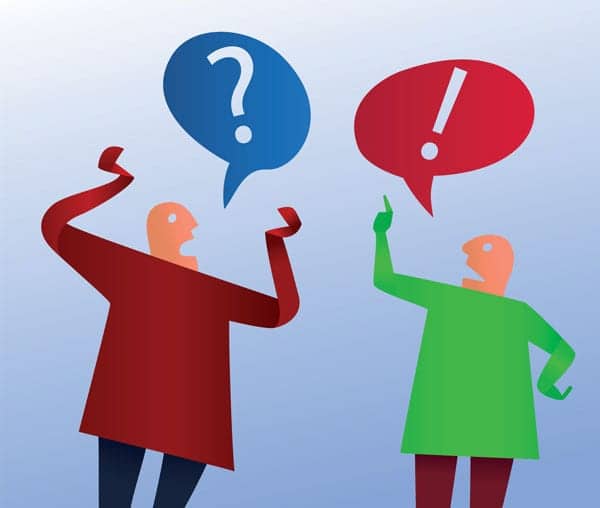 In 2014, there remains continuing confusion, controversy, conflict, and contentiousness over the value and risks associated with screening mammography. But how professional is the debate?

The intense debate about breast cancer screening is a messy one…contentious…and has gone well beyond healthy disagreements.1

Mammography has become a fighting word in recent years, with some researchers questioning its value and others staunchly defending it.2

Since the early 1960s, screening mammography (SM) has been mired in controversy, characterized by periodic conflicts between staunch supporters and those who raise serious questions about its efficacy. A major eruption of this conflict occurred in 1997 when a panel of experts convened by the National Institutes of Health (NIH) concluded that it could not recommend that all women in their 40s undergo SM. The decision was met by a “venomous reaction” from various nationally prominent radiologist-mammographers, one calling the panel’s action “fraudulent,” and another exclaiming that it is “tantamount to a death sentence for women in their 40s.”3-4 Ten years later, another conflict erupted when a published report based on a meta-analysis of randomized control trials concluded that the reduction of deaths due to breast cancer attributable to mammography was as low as 7%5; a prominent mammographer characterized the report as “misleading and an outrage.”6

A major resurgence of the conflict between the supporters and the doubters of SM occurred in November 2009 when the US Preventive Services Task Force (USPSTF) issued new recommendations calling for elimination of routine annual screening for women ages 40-49, and biennial screening for women 50 and over.7 The recommendations elicited immediate criticism if not outrage from almost the entire mammography community, with various prominent mammographers calling the USPSTF recommendations “disastrous for women’s health,” “arrogant and irresponsible,” “could lead to deadly effects for American women,” and “being either ignorant of scientific analysis or maliciously misleading women and their physicians.”8

The most recent brouhaha regarding SM was precipitated earlier this year with the British Medical Journal’s publication of the findings of the Canadian National Breast Screening Study (CNBSS), which concluded that “Annual mammography in women aged 40-59 did not reduce mortality from breast cancer….[and] 22% of screen-detected invasive breast cancers were overdiagnosed.9  While disagreements between supporters and doubters of SM have often been emotional and passionate, this time some of the criticisms of the Canadian Study and its authors were so personal that it raised the question of whether certain arguments cross the line separating passionate but honorable debate from unprofessional conduct. The American College of Radiology (ACR) and Society of Breast Imaging (SBI) characterized the study as “an incredibly misleading analysis based on the deeply flawed and widely discredited CNBSS.10 Asserted one well-known mammographer, “The continued emphasis on the corrupted results of the Canadian Trial…can only be seen as a malicious attempt to ignore the scientific evidence.”11

One author of the Canadian article received letters from mammographers that included such perverse statements as “May the faces of the thousands of women who have died, and will continue to die, prematurely because of you continue to haunt you in your dreams and in your nightmares….Once again you have violated the ethical standards of your profession by allowing your biases to prevent accurate reporting….You should be ashamed for misleading women about screening.”  A journal editor was the recipient of another mammographer-sent letter stating, “Congratulations on your latest contribution to the premature deaths and unnecessary suffering of untold numbers of young women who will contract breast cancer in the next few years….You will clearly convince many unsuspecting and less knowledgeable women to forego mammography, and lose their only chance of surviving this terrible disease. The consequent blood on your hands will likely never wash out…Thousands of women worldwide will die if they and their providers believe the lies that you are spreading.”

Similar criticisms have been lodged against others who have raised questions about the efficacy of SM. Several prominent radiologist-mammographers have claimed publicly that the controversy over mammographic screening is “largely contrived.”12  (The dictionary definition of the word “contrive” is to “plot with evil intent…to invent or fabricate.”13) Other prominent mammographers have referred to SM doubters as “foes of early cancer diagnosis”14 and “part of a small group of highly vocal individuals who have decided that they wish to end all screening for breast cancer.”15 Still another prominent mammographer characterized criticism of breast-cancer screening as “a disconcerting effort afoot to reduce a woman’s access to mammography screening for breast cancer by making it seem useless or even harmful.”16

Whereas many radiologist-mammographers seem certain about the efficacy of SM, it is uncertainty that characterizes SM’s efficacy in the eyes of many in the nonradiologic general medical community. To wit: from an American Cancer Society official: “The fact is that mammography is not as effective as some people say, and not as ineffective as others say. Women need the truth about its benefits and its limitations. Exaggerating either one helps no one”17; from a Mayo Clinic Breast Clinic director: “The continued healthy debate about the value of screening mammography illustrates the fact that screening can never be flawlessly efficient…[and] always operates at the margin of usefulness….In recent years our treatments for breast cancer have become more successful, to the point where the majority of women diagnosed with breast cancer by whatever means will survive their disease18; from a director of the Breast Oncology Center at Dana Farber Cancer Institute in Boston: “All the women at high risk usually benefit from early detection; there are also real and legitimate harms from cancer screening for average women”19; from  a New York Sloan Kettering epidemiologist: “Many women wrongly attribute their survival after cancer to early detection as a result of mammography. Of all the women who have had SM and have breast cancer detected, and eventually survive the cancer, the vast majority would have survived anyway.  It only saved the lives of a very small fraction of them.”20

Although not specifically referring to SM, a Canadian internist expressed the following thought-provoking sentiments21:

Preventive medicine displays three elements of arrogance: it is aggressively assertive, pursuing symptomless individuals and telling them what they must do to remain healthy; it is presumptuous, confident that the interventions it espouses will do more good than harm to those who accept and adhere to them; and is overbearing, attacking those who question the value of its recommendations.

More than 50 years have passed since the first mammography screening trial was initiated. None of the trials were conducted in the era of modern breast cancer treatment. How certain is the magnitude, or even the existence, of a benefit of SM today? Does the currently assumed benefit about screening outweigh the harms of breast cancer overdiagnosis?….Should we get accustomed to the possibility that SM does not really save lives? Endless rehashing of data from old trials cannot provide definite answers to these questions. The only way to know for certain is to initiate a new trial in the era of contemporary screening technologies and breast cancer therapies.22

Initiating a new trial is unlikely if not impossible in the foreseeable future. In the meantime, as has been pointed out by two Harvard University researchers, “More sophisticated tools to distinguish aggressive from indolent tumors that would reduce the burden of overtreatment, better screening methods, enhanced strategies to identify the highest-risk patients, and to help patients and clinicians incorporate these in their decisions, should be research priorities.”23

I do not understand most of the complicated statistical calculations presented in the many hundreds of articles that have been written regarding the results of SM. For example, a recent independent UK Panel on Breast Cancer Screening calculated that there is one cancer death prevented for about every three overdiagnosed cases identified and treated.24 A group of well-known mammographers calculated that for every two lives saved as a result of SM, one case will be overdiagnosed.25 Other researchers have calculated that for every three breast cancer deaths prevented from mammography, up to 14 will be overdiagnosed and treated needlessly.26 In a meta-analysis of articles focusing on this issue, Harvard researchers determined that SM is associated with a 19% overall reduction of breast cancer mortality, and that of all cancers found, 19% were overdiagnosed.23  How can researchers look at essentially the same data, and come up with such different calculations and conclusions? I do not know. I readily acknowledge that I do not have the expertise to analyze the statistical extrapolations, modeling, and meta-analyses that emanate from the various screening mammography trials. Nevertheless, I do not doubt that every one of these conflicting calculations was made by well-intentioned, honest, and sincere researchers; this strengthens my opinion that there is virtually no certainty when it comes to breast cancer screening.

Screening Mammography 2014:  Let the Debate Continue, But Without Contentiousness

Everyone with a modicum of scientific knowledge agrees that SM does save lives.  Nevertheless, there remain legitimate good-faith differences of opinion among scientists regarding SM’s effectiveness and harms. It is about these differences that I call for open-mindedness and mutually respectful discussion in both the radiology and nonradiology communities.  Undeniably, SM is the best screening tool available today to detect early breast cancer.  But it is also undeniable that certain downsides, in particular, overdiagnosis—ie, the detection of histologic carcinomas that are nonlethal—also exist.  Although data indicating that SM reduces breast cancer mortality seem to exceed data indicating that it does not, nonetheless, we must all continue to keep abreast of new data and research studies on this topic as they become available. Let the debate and controversy continue. We do not need to fear it.

It is time for the radiological community to shed its intransigence in ignoring the potential harms of screening mammography, the main one of which is overdiagnosis. It is time for it to shed its knee-jerk reaction (defined as “an immediate unthinking predictable emotional reaction produced by an event or statement to which the reacting person or entity is highly sensitive”27) to immediately refute any statement or report that expresses doubt about the efficacy of SM or focuses on overdiagnosis as a potentially substantive harm of such screening. It is time for the radiology community to automatically stop castigating any person who voices disagreement with or challenges reports extolling the benefits and minimizing the potential harms of SM. We must return to professionalism—to decent, civil debate, albeit passionate and zealous. It is time for both sides of the screening mammography controversy to be heard, debated, and respected, and to refrain from contentiousness. All radiologists, the public, and the news media should be exposed to both sides of this most important subject and become familiar with certainties and uncertainties regarding breast cancer, and the benefits and harms of SM.  And to those readers who want to learn more than can be covered in this article about the SM conundrum of controversy, conflict, confusion, and contentiousness, I recommend four books.28-31 Some radiologists will agree and others will disagree with the content of these books, but most assuredly all will find them provocative and intellectually stimulating.

Leonard Berlin, MD, FACR, is a radiologist at Skokie Hospital and Professor of Radiology at Rush University and University of Illinois in Chicago. 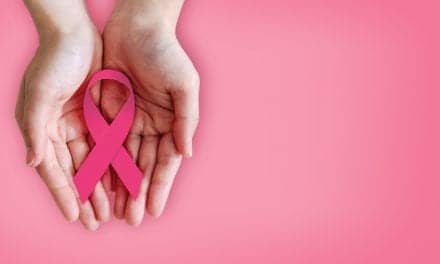 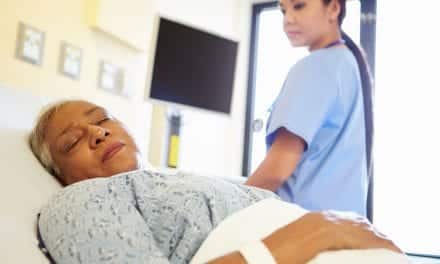