For vendors seeking to improve market share, the focus should be on community hospitals.

When providers from major hospitals and other large health care institutions attend HIMSS this year, they’ll likely be on the lookout for sophisticated solutions—from EMR software to the latest in 3D reconstruction tools. But community hospitals are apt to be seeking some of the basics, like PACS.

In my ongoing talks with vendors and providers alike, I am always surprised to hear that countless community hospitals have yet to make the transition from film to digital. But that anecdotal evidence was recently supported by a new report titled “Community Hospital PACS” from KLAS, a research firm specializing in monitoring and reporting the performance of health care vendors.

According to an online article in Healthcare Informatics (January 1, 2009), “KLAS says: The deployment of PACS technology in U.S. health care has penetrated nearly 90 percent of the large hospital and academic medical center market, according to a report from market research firm Research & Markets. Almost all large hospitals with more than 200 beds have invested in a PACS, and some of these organizations are migrating to their second-generation PACS strategy.”

But the picture for PACS at community hospitals is quite different. “Large and small vendors are now looking to smaller community hospitals to grow their PACS market share,” said report author and KLAS research director Ben Brown. “Based on that shift, it is no surprise that over the last 2 years, 64 percent of new community hospital purchases have occurred in hospitals with under 100 beds.”

There are approximately 1,997 rural and 2,900 urban community hospitals in the United States. Community hospitals are critical to ensuring the health of millions of Americans—from Connecticut to Colorado to California. Yet many still do not own one of radiology’s basic tools —PACS.

For community hospitals, budgets are tight. Equipment and technology acquisition is a big challenge. Because community hospitals don’t have a robust replacement cycle for equipment, the key is “getting it right the first time out,” said Brock Slabach, senior vice president for member services at the National Rural Health Association and a former community hospital administrator. “There is no room for error when it comes to choosing the equipment or the vendor,” Slabach said.

So how can community hospitals looking to invest in their first PACS prepare for the purchasing process?

The KLAS report is a good place to start. For its new report, KLAS conducted research at more than 600 community hospitals with less than 200 beds. The goal was to gather input on the experiences these small facilities are having with their PACS vendors.

In evaluating 17 community PACS vendors, the KLAS report found that the Avreo interWORKS interVIEW product received the highest performance score (93.7 out of 100) based on feedback from current customers. Other top products included Sectra PACS (90.6), Infinitt PACS (88.7), and GE Centricity IW (87.8).

Experts also say it is wise to look at the long-term before making any major purchase—whether a CT scanner or a PACS. “Underbuying can be just as problematic as overbuying,” Slabach said. “It’s important to explore the options that could add more value over the long haul for an incrementally small amount of money.” 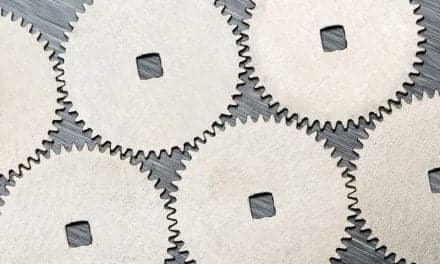