Just because they’re dwarfed by standard C-arms, don’t underestimate the mighty minis. Their mobility and lower-dose radiation make them more popular every day in ORs, ERs and doctors’ offices. They take up minimal room in tight spaces, yet provide the same high-resolution images and digital conveniences that fixed C-arms offer. In short, the minis and compacts now on the market feature many of the high-end capabilities of fixed C-arms, yet focused on extremities — at a fraction of the price.

“A year ago, we decided it would be a good idea to expand our offering in the marketplace so that we’d have the mini C-arm as well as a large C-arm,” says Perry Tomasetti, senior product manager for Fluoroscan (a division of Hologic, Inc. in Bedford, Mass.). The result was the Premier. It’s been so successful that the company discontinued its larger, standard-sized C-arm.

Customers especially liked the Premier’s user interface, says Tomasetti. Another popular feature is a beam alignment technology the company calls the Laser Aiming Device (LAD). “It allows the physician to position the patient anatomy in the center of the x-ray field when the input surface of the image intensifier is obscured by arm boards or other table extensions in the OR,” says Tomasetti. The LAD is available as an option on Premier units.

“The current development efforts are really directed toward making the system even easier to use and streamlining some of what we call our system housekeeping functions, like image storage and transfer — stuff that doesn’t go on in real time in the OR, but that does have to go on at some time or other from an administrative standpoint,” Tomasetti says.

“We are limited, as a mini C-arm, to surgical and nonsurgical procedures only in the extremities. The Premier finds strong use in the orthopedic operating room, both in the hospital and the ambulatory surgery center. It’s estimated that 64 percent of all orthopedic procedures involve surgery on the extremities, things from the shoulders to fingers and knees to toes. That’s kind of been a growth area for us.”

Please refer to the January 2003 issue for the complete story. For information on article reprints, contact Martin St. Denis 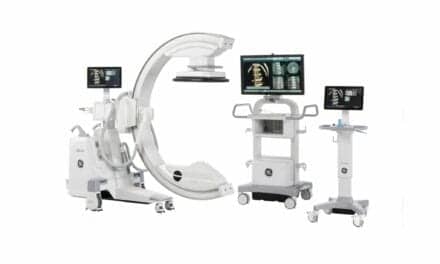 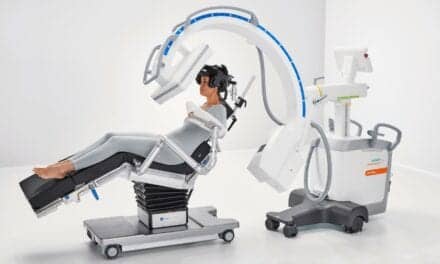