ZONARE Medical Systems Inc., of Mountain View, Calif., has introduced a new z.one ultra sp ultrasound system for point-of-care markets, a solution offered at a lower cost than conventional ultrasound systems, according to the company.

With software-based architecture allowing for affordability, the ultrasound system is designed for use in emergency medicine, interventional radiology, venous ablation, anesthesiology and ob/gyn markets.

The system, which is based on the company’s proprietary Zone Sonography technology, offers an intuitive user interface for a wider base of physicians. Clinicians can convert the z.one ultra sp system from a full-featured, cart-based system into a premium compact system without sacrificing image quality or performance, according to Zonare. It has a boot-up time of 15 seconds and features a battery pack and small footprint. Software upgrades can be downloaded over the Internet.

The z.one ultra sp ultrasound system will begin shipping to customers in the second quarter of 2009. 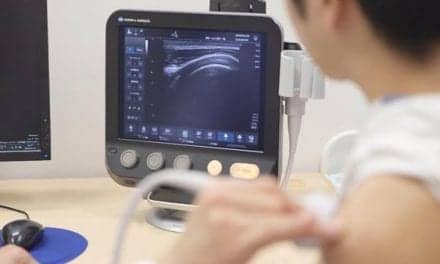