Ultrasound contrast agents, which are typically tiny bubbles filled with gas, can enhance the reflection of ultrasound waves to improve the quality of an ultrasound image. However, commercially available contrast agents are confined to the blood vessels, typically remain in the bloodstream for less than 10 minutes and are used in only a handful of settings in the United States.

But what if ultrasound contrast agents could leave the vasculature, persist for an extended period of time, and be customized for a specific application?

Now, National Institute of Biomedical Imaging and Bioengineering (NIBIB)-funded scientists are working on this very concept. Through an international collaboration between Case Western Reserve University in Cleveland and Ryerson University in Toronto, researchers are investigating longer-lasting, customizable bubbles for ultrasound contrast agents.

“Ultrasound is an extremely valuable technique for imaging tissues, as it does not require the use of ionizing radiation, and the system is highly portable, which allows it to be widely accessible to all patient populations,” says Agata A. Exner, PhD, a professor in the departments of radiology and engineering at Case Western Reserve University. “By developing better and tailored contrast agents for this technique, we could enhance the utility of ultrasound, for both molecular imaging and therapeutic applications.”

To develop a better contrast agent for ultrasound, the researchers first needed to focus on the size of the bubbles that are traditionally used. Commercially available contrast agents, generally called microbubbles, typically range from about one to four micrometers—slightly smaller than a red blood cell. At this size, the bubbles are restricted to the larger blood vessels.

By shrinking down the bubbles to the nanoscale, the contrast agents can squeeze into smaller capillaries and flow out of leaky blood vessels that often surround tumors, which are areas that are inaccessible to traditional ultrasound contrast agents, Exner explains. Further, due to their smaller size, nanobubbles can increase detail in the ultrasound images and visualize features that could not be seen with commercially available microbubble agents, she added.

“The preclinical development of nanobubbles for ultrasound contrast agents has been underway for many years,” explains Michael C. Kolios, PhD, professor in the Department of Physics and associate dean of research and graduate studies at Ryerson University. “But our bubbles take the field a step further,” he says. “We are evaluating how altering the composition of the nanobubble shell can affect the acoustic properties of the contrast agent.”

Through their collaboration, which included both experimental and theoretical approaches, Exner and Kolios investigated how adding different components into the nanobubble membrane—which made the shell more stiff or more flexible—could alter the behavior of ultrasound waves.

“The interaction between an ultrasound wave and a bubble is directly related to how elastic the bubble is,” explained Exner. “If we can precisely modulate the bubble’s elasticity, we can better control how the bubble interacts with—and reflects—ultrasound waves and customize the contrast agent based on the clinical application of the ultrasound,” she says. While the researchers only investigated three different bubbles with small changes in elasticity, this proof-of-concept study illustrates how nanobubble shells could be customized.

The ability to manipulate the nanobubble membrane—beyond changes in its elasticity—has extensive implications for the future of ultrasound. Besides making the bubble more stiff or flexible, additional additives could be incorporated into the shell—such as molecules that specifically attach to disease-specific biomarkers. This type of approach could pave the way for custom contrast agents that would be tailored to better detect—or potentially even target—a specific type of cell, such as a cancer cell.

“This study provides basic, fundamental knowledge that could set the stage for a new generation of ultrasound contrast agents,” says Tatjana Atanasijevic, PhD, director of the NIBIB program in Molecular Probes and Imaging Agents. “Further, this multidisciplinary research has broad implications for advancing the field of ultrasound molecular imaging, as well as implications for utilizing ultrasound for precision drug delivery and the non-invasive ablation of tumors with enhanced sensitivity.” 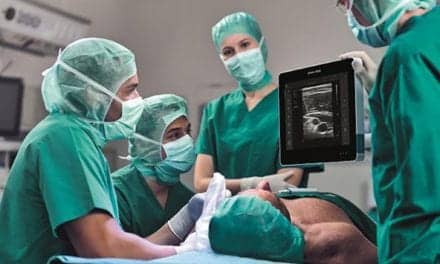