A survey of Pennsylvania physicians in six specialties—emergency medicine, general surgery, orthopedic surgery, neurosurgery, obstetrics/gynecology, and radiology—who were determined to be high risk for litigation found that defensive medicine was practiced by nine out of 10 physicians among those who pay the most for liability insurance. Defensive medicine—how physicians change their clinical behavior because of the threat of malpractice lawsuits—and its consequences are key components of the medical malpractice reform debate, especially in Pennsylvania where physicians pay dearly for liability insurance, the authors noted.

Published in the June 1, 2005 issue of the Journal of the American Medical Association , the study’s authors found that 93% (768) of the 824 participating physicians said they practiced defensive medicine. The most common practices in defensive medicine were ordering tests, performing diagnostic procedures, and referring patients for consultation.

In general, the study found that detecting cancer was a major concern for physicians in all six specialties (24%; 157), leading to an increased use of diagnostic imaging, specialist referrals, and invasive procedures.

Imaging was a preferred defensive tool. The authors reported that 43% of those who practiced defensive medicine said they used imaging (CT, MRI, x-ray) as their most recent defensive act, including 63% of ER physicians; 41% of responding general surgeons; 55% of orthopedic surgeons; 58% of neurosurgeons; 36% of radiologists; and 7% of OB/GYNs. An additional 18% of OB/GYNs reported ordering ultrasonography as a defensive act.

Technology plays a major role in defensive medicine as well as malpractice liability, the study found. The survey shows that physicians use technology to appease patients, heighten their own self-confidence, or create evidence that they tried to confirm or exclude a particular disease.

Taking advantage of modern technology, researchers are using multi-spectral imaging and x-ray fluorescence to unlock the hidden text of the Archimedes Palimpsest at the Walters Art Museum, Baltimore.

The manuscript, bought at auction by an anonymous collector for $2 million in 1998, was donated to the museum for conservation, imaging, and scholarship, says William Noel, head of the Archimedes Palimpsest project at the museum. The collector is fully funding the project.

The 10th-century document contains three treatises by the ancient Greek mathematician Archimedes that “don’t exist anywhere else in the world,” Noel says. The parchment containing the three treatises—Methods of Mechanical Theorems, Stomachion, and On Floating Bodies in the original Greek—was reused in the 13th century for a prayer book.

Using multi-spectral imaging, researchers from the Rochester Institute of Technology, the Boeing Corporation, and Johns Hopkins University have been able to uncover about 80% of the text. By combining the red channel of normal light, or RGB light, with the blue and green channel of ultraviolet fluorescent light, the Archimedes text appeared to be red rather than black, the color used to write the prayer book.

Helping to uncover the remaining 20% of the text, researchers are using x-ray fluorescence to get elemental specific information about a particular page.

“One of the things we know from medieval manuscript recipes and from ink analysis is that the ink in which the Archimedes text was written has a very high proportion of iron,” Noel says.

Using that technique, researchers have found that with the right resolution, the x-rays that fluoresce will show where the iron is on the page.

“The wonderful thing about this is that it enables us to find the iron on a page,” Noel says. “The ink is obscured by gold so we have been able to image through forgeries that were painted over the Archimedes text and over the prayer book text in the 20th century to reveal the Archimedes text underneath.”

The project is due to be completed and open to the public in fall 2008.

Several of the recommendations IOM made for improving breast imaging quality include:

In a statement, ACR said it is concerned about the impact mandatory practice auditing requirements will have on the breast imaging field.

“While these recommendations for more comprehensive tracking and follow-up likely will improve feedback to the imaging center, the feasibility of implementing this new requirement varies considerably, and may add further disincentive to breast imaging practitioners,” the statement said.

Should the IOM’s recommendations be put into practice, ACR urges that those measures be “feasible, allow for an adequate period of implementation, and do not reduce access for American women to the possible life-saving benefits of screening mammography.”

Michael J. Pentecost, MD, FACR, has been appointed chair of the Institute for Health Policy in Radiology of the American College of Radiology. Chairman of radiology at Georgetown University in Washington, DC, since 1996, Pentecost became the director of the Kaiser Permanente radiology practice in the Mid-Atlantic States in April….R2 Technology Inc, Sunnyvale, Calif, has named Shawl B. Lobree as vice president of marketing; Denise Gottfried as vice president, regulatory, clinical, medical and quality; Brad Freeman as vice president of global supply chain, service and information services; and Stephen Geisheker as director of customer service…Richard D. Young, CR coordinator at WestCare Health System, Sylva, NC, has been awarded the $2,000 PACS Administration Scholarship by FUJIFILM Medical Systems USA, Stamford, Conn.

An Eye on CAD 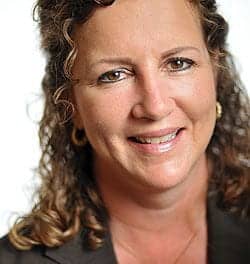