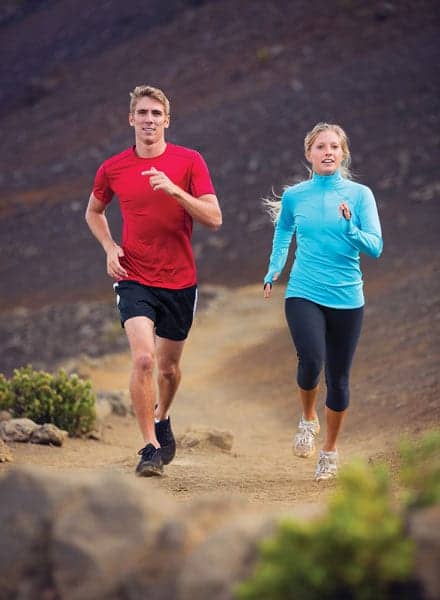 Experts say preventive imaging on healthy patients is bad business. But targeted screening programs in patient subsets with risk factors for disease can be a revenue-booster.

In today’s health-conscious environment is there a market for what could be called wellness or preventive imaging on healthy people—particularly as medical imagers search for antidotes to declining reimbursements and other growth opportunities?

At the beginning of the 21st century, the healthcare community began noticing what appeared to be a rise in the number of medical entrepreneurs marketing whole-body CT scans, with the promise that these scans could uncover hidden health problems that doctors could treat early.

An article in the November 2004 issue of the journal Radiology by Grace Kalish, MD, and colleagues reported that by 2003 the number of self-referred body imaging centers had grown to 161 compared to just 88 in 2001.

The growing popularity of the procedure was even advertised—and probably buoyed—by Oprah Winfrey, who underwent such a scan in 2000, sang its praises, and invited one of those entrepreneurs onto her television show.

Today a search on the Web shows that there are still businesses and even medical practices that offer these full-body scans. And there are many offering scans that are more specifically targeted, yet are still marketed toward what some observers call the “worried well.” For example, it’s not unusual to find an imaging center that may offer a series of exams that could include something like carotid artery ultrasound screening, abdominal ultrasound screening, or pelvic ultrasound screening—all for patients who self-refer, are healthy, and may not have any risk factors or symptoms.

But whether we’re talking about the 100+ companies that were offering whole-body CT scans a dozen years ago, or imaging practices offering “wellness” screening exams today, Jonathan Berlin, MD, MBA, doesn’t believe it makes for a viable business model and may not provide patients with the best medical care.

Berlin, who is a member of the body imaging section at NorthShore University HealthSystem in Evanston, Ill, and clinical professor of radiology at the University of Chicago, says there are several problems with this approach to imaging—particularly whole-body scanning.

First, said Berlin, whole-body CT doesn’t lend itself to repeat business. “From a business standpoint, the problem with whole-body CT is that if patients come in and they’re found to be well, they’re not going to come back,” he said. Berlin added that the price of these scans is prohibitively high for many people and not covered by insurance, so the market is going to be limited.

In addition, as evidenced by the way in which the numbers of these whole-body imaging providers multiplied early in the 2000s, it was fairly easy to enter the market, which created price wars and drove down price, Berlin said. “On top of all that, the product was of questionable validity,” he said. “You had most radiological and medical societies pointing out that radiation was associated with this test and that to do this test on someone who is completely well doesn’t make sense because the probability of disease is very low.

“So when you look at the whole-body screening business, you had a lack of repeat customers, questionable scientific validity, and inevitable price wars leading to declining profit margins,” Berlin said. “Doing whole-body studies on what is essentially the ‘worried well’ is not going to be viable as a large scale business.”

Berlin said it’s possible you could see concierge medical practices offering unsolicited radiology exams as part of a physical. “But when you have a product like this, you are going to be dealing with educated people,” he said, adding that they are the kind of people who will likely research these products and come to the conclusion they’re of questionable validity.

As for those more “niche” wellness screening exams, such as a “wellness” CT screening exam targeted at the lungs, abdomen, and pelvis, for example, Berlin said they will probably run into the same problem as whole-body CT. “They’ll have limited market demand, have trouble attracting repeat customers, and it will be difficult to differentiate these products from other providers, potentially leading to commoditization and possible eventual price wars,” he said. “And they will be of uncertain scientific value in some cases. Imaging on well people with no risk factors for disease—that’s not prescribed by a doctor and not accompanied by symptoms—is not a business that’s going to take off. It’s been tried before and I don’t think it’s a viable option.”

While Berlin believes that doing preventive imaging on well people is bad business and less than optimal healthcare, the same is certainly not true for targeted screening programs in patient subsets with risk factors for disease, he says.

Last December, the United States Preventive Services Task Force (USPSTF) finalized its recommendation that individuals at high risk for lung cancer undergo annual low-dose CT (LDCT) screening. The development of LDCT screening for lung cancer is an example of an imaging tool that promises to provide a tremendous benefit by reducing lung cancer mortality, while providing a new revenue stream for providers.

A quick look at the number demonstrates how large that potential market is.  The USPSTF recommended that adults ages 55 through 79 with a 30 pack-year smoking history (or have quit in the past 15 years) undergo screening. The population that is eligible to be screened under these recommendations is somewhere in the 7 to 9 million range.

A survey of The Advisory Board Company’s Oncology Roundtable—whose members include oncology program leaders from academic medical center, cancer facilities, and community hospitals—found that 64% of respondents were offering LDCT screening for high risk patients in 2013. This was double the percentage as reported by respondents in the 2012 survey.

The Oncology Roundtable surveys have indicated overwhelmingly that hospitals and cancer centers are motivated to offer lung CT screening by a desire to find cancers at an early stage and improve patient outcomes. But they are also motivated to some extent by market factors.

That said, institutions should think carefully about how they want to proceed before offering LDCT lung cancer screening, said Lund, adding that it takes much more than just having CT machines in place.

These hospitals and cancer centers should be asking themselves a number of questions, said Lund. “How do you develop the program and recruit patients? How do you work with referring physicians on whether the exam makes sense for a particular patient? How do you follow up with patients to make sure they adhere to referring physician recommendations? And what do you do about pricing?”

Right now, according to Lund, since the screening exam is not reimbursable or covered by most insurance companies, institutions are charging nominal fees for screening—if they charge anything at all.

For example, physicians from Leahy Hospital and Medical Center in Burlington, Mass, published an article in the August 2013 issue of the Journal of the American College of Radiology reporting on its successful launch of a free, high-volume, LDCT lung cancer screening program.

Leahy decided to offer the screening exam free of charge until private payors and CMS established reimbursement on a large scale, the idea being that it was the hospital’s ethical responsibility to provide equal access to screening. Business modeling of the program determined that the workup of any positive findings requiring downstream diagnostic CT exams, clinical assessment, or intervention would be covered by a patient’s insurance and provide the revenue stream needed to support the program.

With the USPSTF recommendation, private insurers will be required to cover LDCT screening beginning January 1, 2015. Whether Medicare will also make a determination to cover these screening exams as well is up in the air after the Medicare Evidence Development and Coverage Advisory Committee gave LDCT screening a low-confidence vote in April.

Whatever the cost of the initial screening exam, “the value of [the screening program] is in looking at the downstream care and by bringing new patients into your system,” said Lund.

Frank Detterbeck, MD, chief of thoracic surgery at Yale University School of Medicine, who helped develop LDCT lung cancer screening guidelines for the College of Chest Physicians, is a little worried about what he perceives as an “inherent conflict” involved in finding profit from downstream testing and procedures that occur in screening programs like LDCT lung screening.

Good patient care requires that a screening program should be established in such a way that it minimizes additional scans or biopsies, or other interventions, said Detterbeck. “But the business model dictates that you screen as many people as possible, don’t worry about how high risk they are, don’t worry about comorbidities, and then do as many additional biopsies and follow-up scans as you can possibly do because we make money on it.”

While Detterbeck is concerned that there “is that conflict and it worries me a little bit, I’m pleased that most have decided they are going to do this carefully and are trying to do the right thing.”

He is also concerned about opportunistic medical entrepreneurs who could make money off this test by ignoring the screening guidelines and screening people willy-nilly. He related the experience of a colleague in Atlanta who noticed a sudden influx of patients with medical images showing they had lung nodules. “When he looked into it, he found out that someone had pulled into a [store parking lot] with a mobile van and began scanning people at a cost of about $400,” said Detterbeck. “So you can always find someone who is going to prey on people’s fears.”

Still, Detterbeck believes that kind of practice is limited and that if LDCT screening is broadly covered, it will be further discouraged.

Michael Bassett is a contributing writer for Axis Imaging News.

The Importance of RIS

Slip into Something More Comfortable