The increased detail and quality of MDCT are made possible in part by the fact that the modality scans so quickly, but that raises definite issues when it comes to injecting contrast material. Indeed, in most cases, timing is now everything.

“It used to take us 40 seconds to scan the patient, but with MDCT we can do it so quickly that there is a chance we are scanning before a lot of the contrast is in,” says Elliot K. Fishman, MD, professor of radiology and oncology and director of diagnostic radiology and body CT at Johns Hopkins Hospital in Baltimore. “Contrast timing in the arterial or venous phase is crucial, so the biggest consideration with contrast is that when we are scanning quickly, we want to be careful that timing of the contrast and acquisition matches.”

?He explains that it used to take 40 seconds to inject 120 cc at 3 cc per second, making it necessary to change protocols to account for faster scanning times. The contrast rate was therefore increased to 3.5 or 4 cc per second.

“Or we can wait longer on the arterial phase,” Fishman says. “But we know that it takes us 8-10 seconds from the time we get started, and so we don’t need to do such early arterial scans. We can delay a little bit.”

Kieran Murphy, MD, director, neuroradiology, Johns Hopkins, remarks that his department has reduced the amount of contrast and inject rate to make up for the difference in time spent scanning. Whereas he used to push 6 to 8 cc per second through an 18-gauge IV for a total volume of? 150 cc, now the protocol involves pushing the contrast through a 20-gauge IV at 4 to 5 cc a second, using between 70 and 120 cc total.

“From a patient standpoint, they are not as flushed and the procedure is less painful,” Murphy says. “Eight cc per second is a lot up your arm, and that hurts. We also get a better diagnostic study.”

Mirvis points out that with trauma patients, the situation must be fairly straightforward, and incorporates both oral and IV contrast materials.

“In terms of IV contrast, we have cut back on the doseit’s 120 to 150 now, and we could cut back further,” he says. “We use the bolus timing technique, and that is standard on most scanners now. For the contrast bolus, we want them to be at the peak of early arterial enhancement, so we set a threshold in the aorta so we know how long it takes to do and allow a few extra seconds. That is efficient, and it saves a little bit of contrast.”

Stuart Mirvis, MD, professor of diagnostic radiology and director of the section of trauma and emergency radiology, University of Maryland Medical Center in Baltimore, notes that it is important to time the bolus because it can greatly influence the diagnosis in trauma cases.

“The spleen can look strange because it enhances differently at a slightly different time,” Mirvis says. “You can get injured-looking appearances, or if you wait too long, the injuries can be covered, because the lacerations fill in with contrast. We have to get into the sweet spot of the scan to optimize sensitivity and accuracy. We have the ability to make it cookbook in most situations, and I think we will achieve that.” 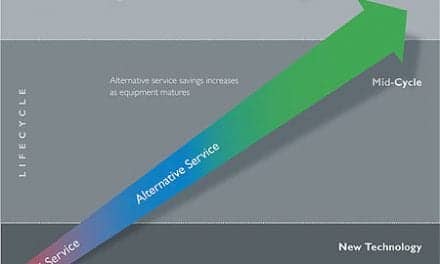 The Secret to Longevity 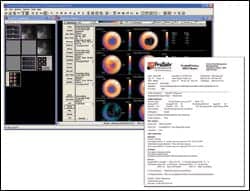