Buying CAD: Worth a Second Look

Computer-aided diagnosis (CAD) is akin to fantasy software—an evolving medical breakthrough helping radiologists detect cancers that otherwise might be overlooked, thus increasing the odds of patient survival. CAD acts as a highly trained second set of eyes to improve a radiologist’s ability to diagnose cancer (and eventually other diseases) by minimizing false-negative reports.

Currently, the CAD analysis of images is based on a system that first digitizes film, next uses sophisticated algorithms to analyze the image, and then marks suspicious features for the reviewing radiologist. Research indicates that CAD can increase a radiologist’s detection of breast cancer by up to 20% when used in conjunction with screening mammography. And early detection is critical for patients, allowing for the widest range of treatment options and likelihood of cure.

For all its advances in detecting cancer earlier, CAD is not yet perfect. Although the technology improves every year, other factors need to be addressed before investing— financially or emotionally—in the promises of a CAD future.

Gold-Standard Mammography Is Evolving
Whether in use for standard X-ray film mammography or for the newer digital mammography, CAD is most commonly known as a screening tool for this breast-scanning technology. And since 1998, when R2 Technology Inc (Sunnyvale, Calif) developed the first FDA-cleared CAD system for breast imaging, radiologists have had help in detecting cancers that are embedded in the complex architecture of the breast.

For a standard mammogram done with conventional X-ray, the film must first be converted into a digital image, which is done by scanning the film in a digitizer. The CAD software, typically based on algorithms developed from thousands of cases of breast cancer, analyzes the digital image and marks features that are suspicious for representing cancer. The radiologist reviews the case first and then looks at the CAD marks displayed on a computer monitor for indications of features that might require a second review.

One area in digital mammography that has evoked much attention lately is the testing of women under 40. False negatives are more common in younger women because they tend to have denser breast tissue that appears white, similar to cancerous tissue, during a film mammogram. With digital mammography, a radiologist can review the tissue features numerous times by adjusting the brightness and contrast levels, thus enhancing the magnification levels.

R2 Technology’s ImageChecker DM (left) is awaiting FDA clearance, but the company’s LX model (center) is available now and geared toward busy facilities. The CADx Second Look was cleared in November 2003 and is ready for use with Fischer Imaging’s SenoScan TrueView system.

“Radiologists start out with the same basic information; the X-ray beam is the same whether captured on film or digital,” he continues. “But unlike with film, radiologists have the ability to postprocess the digital image. CAD is a very important step because it can present images to radiologists in the best way to be seen.”

VuCOMP’s M-Vu is a mammography CAD system that includes a film scanner, computer, printer, and monitor.

Jeff Wehnes is president and CEO of VuCOMP Inc (Dallas), which has developed breast CAD software. In terms of density, he says, “least-to-most dense tissue has a bigger range in digital than film; you can see some details that might be washed out. Both film and digital show shades of gray, but digital has a wider range of gray.” However, he cautions that the transition to digital will be slow since most healthcare facilities that use CAD technology are still predominately film based.

Another issue to examine: How does a doctor adjust to a combined analog and digital environment? For example, a doctor wants to compare a patient’s current digital mammogram with the film-based mammogram taken 2 years ago. How many workstations and computers must the doctor access to achieve optimal results?

Further, hospitals and healthcare centers need to stay on the right side of the law and ensure that protected health information is secure under the Health Insurance Portability and Accountability Act of 1996 (HIPAA).

“Privacy and confidentiality with HIPAA is a big consideration,” Wehnes says. “But there aren’t a lot of issues with a film-based system, as opposed to digital or PACS. With film-based, the communication is limited to what is going on between the CAD processor and the display unit.”

As hospitals and healthcare centers around the country adapt to the ever-changing technology options and workflow adjustments, the Centers for Medicare and Medicaid Services (CMS) is accepting the same changes. Effective January 1, two new CAD codes were added that are to be billed in conjunction with film or digital mammogram codes. The new codes are 76082 (computer mammogram add-on, diagnostic) and 76083 (computer mammogram add-on, screening). Additionally, CAD codes G0236 and 76085 should not be reported for claims on or after January 1, according to CMS. Medicare has accepted CAD only as a separate, add-on

A Peek at CAD for Mammography
In September 2003, the FDA cleared R2 Technology’s ImageChecker DM system with OmniCAD technology, a platform for use with both film-based and digital mammography. Designed for high-volume practices that want the flexibility to provide CAD for both analog and digital mammograms, the software can transmit the CAD results to the reading stations and can archive this information as well. Currently, the OmniCAD technology is for use with the Senographe 2000D from GE Medical Systems (GEMS of Waukesha, Wis), but future releases will be compatible with Fischer Imaging, Hologic/LORAD, and Siemens digital products.

With recent FDA clearance, R2 has further expanded its mammography offerings with two new products for smaller, low-volume sites. The ImageChecker LX is suited for practices that perform up to 6,000 mammograms per year. It processes a case of four mammogram films in just a few minutes; multiple cases can be loaded into the processor at one time and are available for either hard copy or soft copy review. The Image-Checker DX has all the features of the LX plus digital capabilities to hook up to the GEMS Senographe 2000D system. For those sites with up to 10,000 mammogram cases per year, this option is cost-effective for centers that hope to transition slowly into digital mammography.

Another new development is the merger of CADx (Beavercreek, Ohio) and iCAD (Nashua, NH). The merger offers a continuum of products for small to high productivity, and even digital markets. The FDA-cleared iQ system is designed for smaller clinics that perform fewer than 20 mammography procedures per day. The iQ costs less than $70,000, and is marketed as a budget option for clinics. The program, called ClickCAD, offers a fee-per-procedure. Clinics would receive the iQ software without spending any up-front costs and would pay iCAD a fee of approximately $6.50 for each CAD procedure performed.

Receiving FDA clearance in November 2003, the CADx Second Look v6.0 was released at RSNA 2003 and gives radiologists a choice in selecting operating points ranging from higher sensitivity, lower false marks, or a median selection of both sensitivities. CADx has development and distribution agreements with numerous partners, including GEMS, Fischer Imaging, and Hologic/LORAD that further expand product offerings for small and large healthcare facilities. For example, the FDA recently cleared the CADx Second Look for use with the Fischer SenoScan TrueView digital mammography system. This new system offers a 25-micron native diagnostic resolution and provides digital mammograms at half the dose of film-screen systems. Further, for those healthcare centers that are easing into the digital realm, iCAD and Fischer Imaging extend consumers’ film-to-digital options with the iAD product, which allows for full CAD use in healthcare centers that use both film and digital image mammography screenings.

Meanwhile, newcomer VuCOMP recently introduced M-Vu, a mammography CAD system. The M-Vu system consists of a film scanner, computer, printer, and monitor. Currently film-based with digital capability, M-Vu is planned for release once cleared by the FDA in late 2004.

Advances in Lung Cancer Screening
Although CAD is initially focused on mammography, it’s a growing field that will one day dominate testing for all cancer screenings, especially work on lung cancer research. The American Cancer Society reports that lung cancer kills more people than breast, colon, and prostate cancers combined, and the World Health Organization estimates that lung cancer accounts for more than 1.2 million new cases annually. However, the field of CAD products for lung cancer screening is significantly smaller than those available for early breast cancer detection.

cancer, which uses software that’s based on algorithms of more than 10,000 chest radiographs. The analog RapidScreen RS-2000 is a CAD tool that uses chest X-rays for indications of suspected nodule sites and circles them for further analysis by the radiologist. Deus Technologies partnered with GEMS’ Revolution XR/d digital X-ray system platform to produce the RapidScreen-Digital.

“GE is the sole exclusive distributor of the RapidScreen-Digital,” explains Jennifer Christiansen, a media spokesperson for GEMS. The light-contrasting benefits of

digital images are apparent with GEMS’ RapidScreen-Digital due to Dual Energy Subtraction, a software system that can separate soft tissue and bone images and allows radiologists to literally see behind the bone.

The ImageChecker CT was developed to find lung nodules every time a chest CT scan is done, and the CAD algorithms can detect nodules as small as 4 mm, according to R2’s Castellino.

“Regardless of the original indication for performing a chest CT exam, the radiologist needs to identify any lung nodule that might be present so that it can be evaluated for its potential clinical significance,” he says. “Considering the large number of images in chest CT scans performed with multidetector (MDCT) scanners, the possibility of a lung nodule being overlooked is always present, even for experienced subspecialists. The ImageChecker CT was designed for use on all chest MDCT exams, and not just for lung cancer screening programs. Further, the whole concept of CAD can be applied to a variety of imaging modalities and disease states. After all, no matter how experienced and diligent one might be, a radiologist might overlook an important finding that is present on the image. That’s where CAD can be of great value to the radiologist and to the patient.”

The early detection of colonic polyps is critical because a small percentage of these polyps, if left within the patient, will eventually develop into true colon cancer. Therefore, the goal of this screening program is to detect and remove these “premalignant” lesions.

“Find them and take them out, and the chance of developing colon cancer is reduced,” Castellino says. “Virtual colonoscopy is a noninvasive technique that is approaching the performance level for polyp and cancer detection of optical colonoscopy.”

CAD could be extremely useful in helping the radiologist to review and analyze the hundreds of images generated in virtual colonoscopy exams. Although no systems are commercially available yet, two developments in the field include:

• CADx has partnered with the University of  Texas, Austin, to develop CT colonography —the Second Look CT Colon—that would use algorithms similar to what is used with CAD for mammography.

Of course, optical colonoscopy is still the only method for the removal of polyps. The obvious benefit of virtual colonoscopy is that it can provide patients with a noninvasive initial screening. With close coordination, those patients who show signs of a colon polyp can have it removed following the virtual exam, without the need to undergo a repeat colon prep or visit.

Elaine Koritsas is a contributing writer for Medical Imaging. 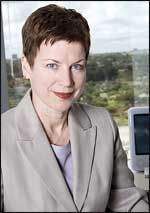 You Will Die If You Do Not Read This 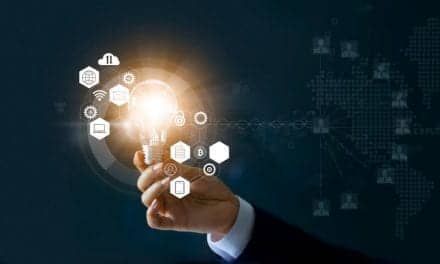