Breathing Easier: A Campaign to Save Lives 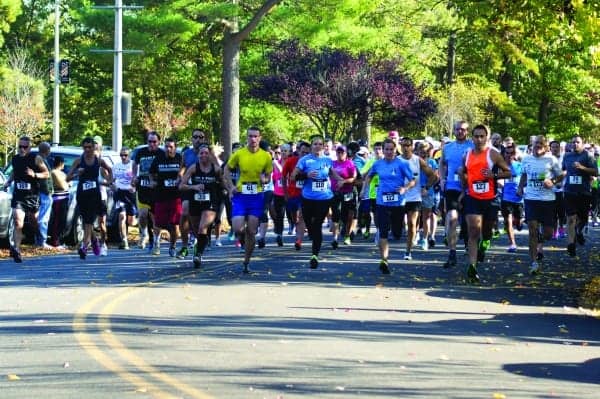 Much has changed in the medical world since 1952. Antibiotics have conquered previously life-threatening bacteria, and the polio and measles vaccines have largely contained diseases that once devastated the United States.

Unfortunately, not much has changed for lung cancer.

According to the American Cancer Society, in 1952, the 5-year survival rate for lung cancer was just 13%. Sixty years later, it hovers only slightly higher, at 17%. The death rates are staggering: lung cancer claims more lives each year than breast, prostate, and colon cancers and lymphoma combined. Researchers expect 159,260 lung cancer deaths—about 27% of all cancer deaths combined—to occur in 2014.

A new screening process may be poised to turn that trend. In 2012, a National Lung Screening Trial (NLST) enrolling more than 50,000 patients concluded that low dose computed tomography (LDCT) was useful in identifying early-stage lung cancers in a high-risk subset of the population: adults aged 55 to 74 who currently smoke or have quit within the last 15 years and have a 30 pack-year history (defined as one pack of cigarettes per day for 30 years, or two packs per day for 15 years). The study found that preventive CT screening resulted in 20% fewer deaths compared to those patients who were screened with x-ray.

The NLST data formed the basis for the United States Preventive Services Task Force (USPSTF) decision in December 2013 to grant LDCT lung cancer screening a grade B recommendation. That designation ensures that under the provisions of the Affordable Care Act, private insurers must begin covering the procedure in 2015. Despite that success, the campaign for widespread acceptance is far from over. In the meantime, patients seeking the screening must pay out of pocket, and the Centers for Medicare and Medicaid Services (CMS) has so far declined to cover the procedure for eligible seniors.

Rhode Island Medical Imaging (RIMI), a practice with locations in Providence and throughout Rhode Island, participated in the NLST study. Following its conclusion in 2012, RIMI continued offering the screening service to patients who fit the study’s parameters. According to Terrance Healey, MD, a practicing radiologist and secretary on RIMI’s Board of Directors, LDCT represents one of the few real weapons we have against lung cancer, given the limited success of disincentive programs like taxing cigarettes.

“I think that CT lung cancer screening will save lives,” Healey said. “It’s the only thing aside from smoking cessation and smoking prevention that we can do to have an impact on lung cancer mortality.”

Since the results of the NLST trial became public, RIMI has seen an increase in the number of patients requesting LDCT screening. Despite their smoking histories, many are asymptomatic—the exact population targeted in the NLST study. If a CT scan does reveal cancer, those individuals are more likely to have an early-stage, treatable form.

At the same time, Healey said, he has seen a rise in CT patients coming in who fit the study’s demographics but also exhibit mild symptoms, such as a chronic cough or occasionally coughing up blood. “Now that this data has come out that the risks are exceeded by the rewards of diagnosing cancers earlier, a lot of pulmonologists and primary care doctors are less fearful of ordering CT scans on their smokers,” Healey said. “I think the medical community is using the results of the study to embrace chest CT.”

About one in four patient scans require follow-up, Healey said, often for benign nodules that pose no threat. But some scans have uncovered cancer that requires intervention.

That was the case in 2012 with a 56-year-old male patient who had seen the results of the NLST trial on the evening news and was referred for screening by his primary care physician. His scan revealed a 1.2 cm nodule found positive for adenocarcinoma, a type of non-small cell lung cancer. The patient underwent surgery 2 weeks later, and has shown no recurrence over the last 2 years.

“He had quit smoking 10 years ago, so he was shocked to know that he had early lung cancer. He thought he was out of the woods,” Healey said. The man is typical of the type of patients the low-dose screening tries to target.

LDCT comprises only a small portion of business for RIMI, whose services also include MRI, ultrasound, CT, mammography, and bone density. But practices planning to offer lung cancer screening need to do so cautiously, Healey said. Only patients who fit the parameters of the NLST study in terms of age, duration and intensity of smoking, and time since quitting, should receive LDCT. RIMI also partners with smoking cessation programs to encourage patients to quit smoking.

Perhaps most importantly, radiologists need a network of specialists in place to strategize about the best course of treatment when a scan turns up cancerous. “There are multiple ways to treat these tumors,” Healey said. “While surgery is the gold standard for early lung cancer, the majority of patients may have other conditions that actually prevent them from being surgical candidates, meaning they need alternative treatment. You have to have a team ready to provide the patients with the counseling and the therapeutic options to deal with their lung cancer.” RIMI’s treatment panel includes pulmonologists, thoracic surgeons, radiation oncologists, medical oncologists, and pathologists.

A Partnership Toward Progress

RIMI has an ally in the ongoing push to prevent lung cancer. Free to Breathe, a nonprofit organization based in Madison, Wis, aims to double the lung cancer survival rate by 2022. On October 19, the association will host a 5K walk/run at Slater Park in Pawtucket, RI, where RIMI will serve as a key sponsor. Last year’s run raised $61,000, with more than 500 people and 26 teams participating. This year, the organization has upped the goal to $68,000, hoping to involve as many as 34 teams.

Originally founded in 2001 by Joan Schiller, MD, an oncologist at the University of Texas Southwestern Medical Center, the organization hosts events around the country to raise money for lung cancer research and programs. To date, Free to Breathe has donated $4.2 million in grants, with areas of investigation ranging from developing new targeted therapies for patients with squamous cell lung cancer to overcoming small cell lung cancer drug resistance. The association supports LDCT screening, and has partnered with the Lung Cancer Coalition and the Lung Cancer Alliance (LCA) for its widespread adoption.

Taryn Dwan, Free to Breathe’s regional event manager for the Northeast, said the event is about unifying a community that sees disturbingly high turnover in its numbers each year. “It’s a celebration. It’s a day filled with hope. It’s a great day to not only remember those that we have lost, but to also provide hope and courage for those who are currently battling.”

A kids’ zone will provide games and prizes, while a survivors’ tent lets those who have completed or are currently undergoing treatment network with others like them. Free to Breathe also provides special, optional t-shirts for these attendees printed with the words, “I am ____,” letting them self-identify with their own modifier.

During the event, Healey will also discuss the incidence of lung cancer and the benefits of early detection. He’s hoping to get out the message that LDCT can help.

“I think a lot of people who have loved ones who have died of lung cancer may show up to support the event, and I want them to know that we are making progress—not only in detecting lung cancer, but in treating lung cancer.”

For more information on the Free to Breathe event, visit www.freetobreathe.org/rhodeisland. Jenny Lower is the associate editor of Axis Imaging News.