There has long existed a connection between art and science, a bond that Joseph Gagliardo, executive director of Imaging Services and Innovative Technologies, Mission Hospital, Mission Viejo, Calif, notes can be traced as far back as the creation of the Egyptian pyramids.

“History proves that the two disciplines cannot exist without each other,” Gagliardo said. “The clinical eye is closely related to the artistic eye. Consider your patient in a frame, all attention focused on the person without external distraction. The artist is not so different from the clinician, focusing on the person and developing in their mind a picture of their medical condition. This picture is influenced by the data that they see.”

Further examining the parallel between artist and clinician, Mission Hospital partnered with the local Orange County Center for Contemporary Art (OCCCA) to present “The Art of Imaging” in February. The exhibit, which explored medical imaging through contemporary art, aimed to raise community awareness, and media coverage, of the hospital’s anticipated four-story patient care tower.

The tower is currently under construction, but when it is finished, its entire first floor will be dedicated to imaging and diagnostics. According to Peter F. Bastone, president and CEO of Mission Hospital, some of the modalities housed in the new facility include a PET/CT, a 3T MR, a 256-slice CT scanner, a SPECT/CT, and a linear accelerator. Furthermore, the hospital will add two RF suites and four ultrasound Doppler units.

Paula Serios, vice president, marketing and communications, Mission Hospital, said the concept for the exhibit emerged from a brainstorming session on marketing tools to promote the opening of the tower.

“Knowing that art and culture are an important aspect of Orange County, the team came up with the concept to reach its target audiences in an unconventional way,” Serios said. “The Orange County Center for Contemporary Art was approached, and there was an immediate connection and synergy between the two organizations.”

Part of the process of bringing the idea into fruition involved providing artists with an understanding of how health care professionals obtain the images. Participants viewed thousands of images during numerous meetings, using image data from the various modalities to inspire their works of arts. This understandably brought about some difficulties, specifically when artists requested to see particular clinical findings. Imaging professionals worked to provide the information in a format that a layperson would understand.

Gagliardo recalled how one artist asked to see a lung cancer on a film radiograph. “To the layman, the film looked just like every other,” Gagliardo said. “But to the skilled eye of a radiologist, they could see the lesion as though it was the size of a billboard off a freeway. We had to help train the various artists to see the imagery with the same eye as a trained medical professional. By using 3D imaging, as well as magnification of focal legions, we were able to accomplish this feat.”

In paintings and digital art, collages and mobiles, nearly two dozen OCCCA artists sought to tell stories of personal triumphs and tragedies. Artists began working on their pieces last spring and submitted their works this past January.

Nancy Harlan, of Laguna Woods, Calif, created several works in homage to her late bother, who this past year died of brain cancer. Harlan said she had the privilege of spending his last days with him, watching his courage, faith, and acceptance throughout his diagnosis until his death. Through her works, she was able to process grief and honor her brother’s life and death.

Harlan was also influenced by her own experiences as a patient at Mission Hospital, where in 7 months, she had six surgeries on various parts of her body.

“Most likely, every part of my body has been imaged in some way by Mission Hospital or other facilities in my local area,” Harlan said. “And yet I keep thinking, They still don’t have a clear picture of me—that I am not there. So, when we got this opportunity to work with Mission Hospital and their imaging equipment, I saw an opportunity to explore this idea of the possibility, or impossibility, of capturing who we are in a physical format, since who we are is not in a physical format.”

Pamela Grau Twena, the OCCCA exhibition director, said she was pleased to see the artists “stretch in new directions,” utilizing new innovations during the creative process. “Medical imaging is so spectacular, with the high-definition contrasts and values that you see in each x-ray, CT, and other types of images,” Twena said. “It’s like looking at art to begin with. The shapes and values easily inspire people and artists to see different things.”

The exhibit, which was first housed at OCCCA, will expand to several locations throughout Orange County within the next couple of years. Furthermore, select pieces of artwork are being considered for the new tower.

Mission Hospital is a 301-bed acute care, full-service facility, serving as one of three designated trauma centers in the county.

In today’s economy, no purchase goes unscrutinized. “People are looking hard at whether they really need to replace their MRI scanner or if they can make it last another 2 years,” said Rosemary Fisher, RT(R)(CT)(MR), cofounder of MRI Optimize, headquartered in Tempe, Ariz. Chances are, Fisher says, the machine can hold out.

“The facility can make it last and at the same time expand the scope of the services it offers. Often, the users aren’t aware of the full capabilities of a system and the things it can do,” Fisher said.

Fisher and cofounder Catherine Leyen, RT(R)(MR)(CV), stablished MRI Optimize to help facilities make smart decisions regarding their MRI operations and “optimize” their MR programs. “We look at the big picture from the beginning of a program to patient follow-up,” Leyen said.

Small changes can mean a big difference. “If we come in and improve a site so that we add one case per day, at 5 days a week, 20 days a month, on average, that is an additional $250,000 per year. And if we add two cases, it’s a half million dollars,” Leyen said.

But it isn’t all about the money. The real focus is quality. “Quality doesn’t have to take more time the same way greater speed does not need to mean poor quality,” Fisher said. The company’s coaches focus on customer satisfaction, workflow, and teamwork along with a return on investment.

MRI Optimize achieves its results by looking beyond the scanner. The ultimate goal, Leyen says, is to improve caseloads, increasing the number of patients seen daily. The company will look at not only the scanner performance and protocols, but also the workflow from scheduling to follow-up, the facility’s marketing efforts, and the skills of its technologists.

Solutions can include targeted marketing, implementation of Six Sigma processes, operator training, and new scanner protocols—anything that can be done to make the visit more convenient for patients. “Patients have a choice,” said Leyen, who notes that repeat customers are an important revenue source for an imaging facility.

The company offers software tools designed to help with patient follow-up and marketing efforts. The services often depend on the needs of the client. New centers will have different needs than existing facilities.

One of the most common challenges for a new center is the establishment of insurance contracts. “Unless you get that designation as a provider, you won’t have people coming to the center,” Fisher said. The consulting team offers the experience to help smooth the process.

They also can help a new center with its marketing efforts, which present another big challenge for facility debuts. “New centers need to get the word out and identify what will distinguish them from competitors,” Fisher said.

A problem that is not limited to new centers but is shared by all is finding qualified staff. “I have seen so many scanner installs where [the facility] had not been able to hire even one experienced MRI tech,” said Fisher. One solution is to provide continuing education support for staff, which can be done at a fairly low cost, according to Fisher. It not only helps to improve knowledge and skills, but it also will build staff loyalty.

Technologists who understand the physics and the scanner can optimize the sequences they run to increase efficiency, speed, or quality. “There are about 85 to 100 different physics factors that make a difference in how an image turns out. And some sites want to run 13 sequences in a protocol, which can be a little overkill,” said Leyen. A discussion with the clinician will often reveal that all 13 sequences are not needed and the process can be streamlined and/or sped up.

Bedside manners matter, too. “When you treat everyone as your favorite family member, it makes a difference in the way the patient is treated and that has an overall effect on the equation of running any business,” said Leyen.

Leyen and Fisher follow that same principle in their business practice and have grown a team of coaches, based throughout the United States, to help MRI centers with knowledge and inspiration, the ingredients of optimization. 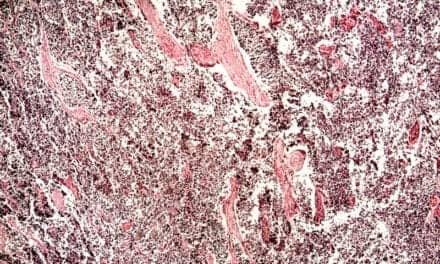 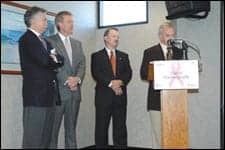 ACR Members Say “No” to RBMs at Capitol Hill Briefing