The Amherst, NY, building that initially sheltered the freestanding imaging center started by Janet Sung, MD, in 1987 was once, of all things, a pizza restaurant. Understandable, then, why her venture was destined to rise almost from the very beginning.

And although Sung’s operation—now called the Windsong Radiology Group—moved from the former Pizza Hut site in 1993, it never stopped growing. As a result, it today belongs in the upper crust of radiology imaging centers (a status confirmed by industry monitor Verispan, which identifies it as the nation’s busiest freestanding enterprise).

But enough of the Italian pie imagery. The only pie worth talking about here is the one drawn as a chart, which, in this instance, reveals that Windsong’s generous slice of the western New York market for radiology services is in no danger of disappearing any time soon because of rival imaging centers and hospital radiology departments—despite the fact that many former referral sources have, in growing numbers, acquired their own in-house imaging capabilities.

Cutting right to the chase, the Windsong recipe for success relies mainly on the following ingredients:

Doing What Is Right

The Windsong model is, to a degree, patterned after that of the renowned Mayo Clinic, Rochester, Minn.

“We’ve consciously adapted the Mayo Clinic approach to patient flow, to the provision of quality service, and to the creation of a calming, supportive atmosphere,” says Deanna Schiller, MBA, director of operations at Windsong. “Everything is oriented around the idea of making the patient’s visit easier, shorter, and more comfortable. Doing what’s in the best interest of the patient and of the community—even when that runs counter to our own best interests—is a point of differentiation for us. For example, the majority of services we’ve brought to this market have not had reimbursement associated with them. But we went forward with those regardless, because Dr. Sung and our other radiologists felt that it was the right thing to do and because the way of the future was clear. We worried about meeting patient needs first, and then dealt with trying to convince the carriers to reimburse second.”

Sung herself believes that good service includes timely communication with patients. “Patients should not be left to wonder after an imaging study if an abnormality had been found,” she says. “That’s why I insist we tell the patient right away if we’ve noticed any problems or if everything looked OK.”

There is, of course, a downside to placing an exceptionally strong emphasis on customer service, as Sung attests. “I’ve made it a point to try to greet as many patients coming through the door as possible,” she says. “In order to be able to do that, sometimes I have to schedule my reading time for the end of the day. Of course, this means having to work a longer day. Also, the busier your practice becomes, the more of a challenge it is to be able to spend as much time as you’d like with the patients.”

It was the desire to provide better customer service that led Sung to conceive Windsong in the mid-1980s.

“I was working in a hospital radiology department here in western New York at the time,” she recounts. “There was very little patient focus. I made suggestions for changing the situation, but everyone was too comfortable with things the way they were.”

Frustrated by that resistance to change, Sung decided to strike off on her own. “I felt I could offer the community something better,” she says. Using proceeds from the sale of an apartment building that she and her CPA husband John owned, they jointly procured the vacated Amherst pizza restaurant—situated on Harlem Road—to house the nascent imaging enterprise.

Sung acknowledges that she took a big risk by opening the imaging center (known at first as Harlem Radiology), and confesses to having suffered a serious case of the jitters over its prospects. The same is not true for her husband. He thought the venture stood a good chance of success. Says Sung, “Before joining the hospital where I was working, I had been on staff at another hospital in this same market. My husband noticed when I moved from the first hospital to the second that I brought with me a sizable following of referral sources. He felt the same thing would happen when I left the second hospital and started the imaging center.” Indeed, on opening day, the imaging center performed studies on 32 patients—a number that both surprised and delighted Sung.

Even now, two decades later, Sung occasionally finds it necessary to pinch herself in order to be assured she is not dreaming, that the ever-increasing demand for her imaging center’s services is real. “Each month, we exceed the previous month’s volume,” she marvels. “It’s been that way since the beginning, just about. We’ve just kept growing and growing. I didn’t expect this.”

Today, Windsong treats its patients within the stylish walls of a gleaming gray and white, gracefully curved, 50,000-square-foot facility that includes a section devoted to women’s health. The Windsong marquee also looks out from three satellites elsewhere in the area. Two of them—one located in the city of Lancaster (opened in 1988) and the other in West Amherst (debuted in 1997)—echo the flagship’s mix of modalities and services, along with its comfort-enhancing, efficiency-promoting layout. The third satellite, in the city of West Seneca, is much smaller and offers only plain film radiography.

The 13 radiologists are supported by more than 170 employees, a little more than half of whom are technologists. Together, they are responsible for handling in excess of 300,000 procedures annually using the modalities of digital mammography, MRI, CT, PET/CT, ultrasound, DXA, and nuclear medicine. In fact, name the modality, and the odds are that Windsong was using the newest and best of its kind at least 6 to 8 months before anyone else nearby.

Windsong’s model upends the conventional pecking order of technology proliferation, which places universities at the top, followed by the big hospitals, and then the freestanding imaging centers. Group partner Anthony M. Foti, MD, one of Windsong’s new-technology scouts, credits the flipping of this hierarchy not only to the insistence of the Sung organization that it be first in line for the latest and greatest equipment, but also to the fact that Windsong decision-making is unencumbered by bureaucratic processes. “We don’t have to work our acquisition requests through committees,” Foti says. “We can approve a decision to invest in new technology very quickly. If we find there is technology we should have, we go get it—no impediments.”

As a case in point, Foti cites Windsong’s acquisition of a 16-slice PET/CT system more than 2 years ago. “The market already was saturated with older-model PET scanners, and referral patterns surrounding those were well-entrenched,” he says. “But we knew that PET/CT, with its superior capabilities, would be of value to patients and the community. So, we moved forward with it. In short order, we had obtained and installed what was then the best system on the market.”

It took about 6 months for Windsong to break even with that PET/CT system. “The modality actually turned out to do well for us, despite the challenge of being in a market dominated by managed care, which made it hard to gain approval from insurance carriers to do the test,” Foti says. “Regardless, we ended up attracting many referrals and emerged as the local leader in PET/CT. Our move—and the subsequent success we had with it—even forced a big oncology PET center that was dismissive of PET/CT to acquire one of its own.”

For the most part, suggestions for new technology that Windsong ought to acquire originate from the team of radiologists following a visit to the RSNA Annual Meeting or a session pouring through the pages of various radiology journals, but responsibility for all the other steps—from sourcing and comparison shopping to making a final recommendation to the group’s radiologists en banc—belongs to whichever physician possesses the most expertise with that particular type or class of technology. “That radiologist then becomes the champion for the acquisition,” Schiller says.

Staying Out in Front

Windsong prefers to lease equipment, a strategy that abets the effort to lead the pack with the latest in technology. “Leasing allows us to turn over our equipment every 5 years,” Foti says. “It may cost us more to do it that way than if we outright purchased our imaging systems and held them for the 8 years it takes to depreciate fully. But this way, by leasing, we’re guaranteed never to have equipment that goes stale.”

And, as such, although competitors snap unceasingly at the heels of Windsong, they likely will not be able to overtake the group in the technology acquisitions race. Says Foti, “They can change out all their equipment if they want and replace it with the latest and greatest. They’ll then have everything we have. But 5 years from that date, they’ll still have those same pieces, and we will have long since upgraded and advanced beyond them.”

Similarly, Windsong expects to maintain the upper hand over physician offices that acquire their own imaging modalities, a prime example being the orthopedic surgery group that obtains a 1.5 Tesla MRI. (Speaking of which, a recently completed detailed analysis of the competitive environment of the market by Windsong reveals that within a mere 5-mile radius of its main site, there are nine MRIs up and running.) In truth, physician offices outfitted with imaging systems are easier to fend off because these challengers lack the wherewithal to match Windsong when it comes to obtaining cutting-edge technology and then utilizing it to the fullest extent of its capabilities. According to Nicole Crawford, MBA, marketing specialist at Windsong, “As long as we keep doing what we believe is in the best interests of patients and the community, we shouldn’t have to worry about the competition.”

The smart money is that Windsong will continue gaining in size and stature as the years roll by. How much bigger it can become is anybody’s guess—Sung is the first to admit that. “I just don’t know,” she says. “But what I do know is that 5 years from now, I want us to be exactly what we are today, a high-volume center known for high quality.” That shouldn’t be hard. Because, like the pizzeria that came before it, Windsong delivers.

Rich Smith is a contributing writer for Axis Imaging News. 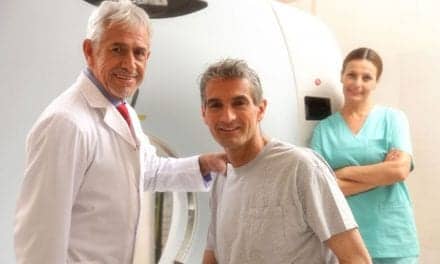 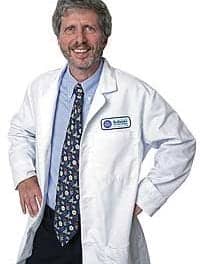 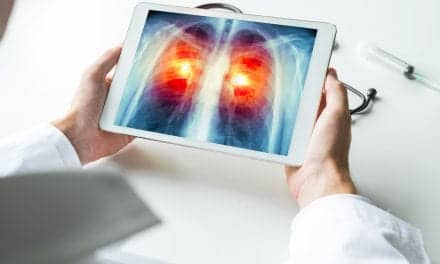