A Place for Printers? 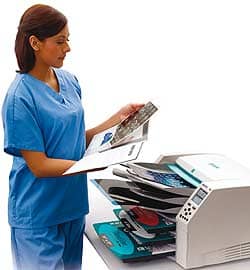 As technology marches on, medical printers and imagers run the risk of becoming extinct. The culprit in this case is digital imaging, which allows radiologists to enlarge and manipulate images on a monitor as no printer can do. Digital images can also be stored in a PACS system, so multiple radiologists from remote locations can easily access them. When needed, digital images (soft copy) can be exported to printers for hard copy distribution.

However, printers still maintain an important, if continually reduced, niche in radiology. In addition, printers and imagers continue to advance with new features adding increased productivity to the process.

Gail Trimyer, clinical coordinator of Mid-Atlantic Women?s Care of Norfolk, Va, employs the Fuji DryPix 4000. The group performs mostly mammography, some bone density, and breast ultrasound. Mid-Atlantic has four imaging centers in the region with two printers serving all four centers. According to Trimyer, they perform an average of 1,400 to 1,500 mammograms per month, which results in 6,000 images. She touts the many advantages that dry laser printers have over the previous ?wet? processing technology.

?The Fuji DryPix is very user friendly and takes up very little room,? Trimyer said. ?It allows daylight loading, which is much more efficient. The main savings comes from no longer needing a dark room, chemistry, and auto mixer. So it?s faster and much more cost-effective. It takes just 2 minutes to reload, and the film is good quality. In fact, the film is specialized for each modality. Also, not having to physically ?run? each image frees up the technologist to do other tasks. The monthly purchase and storage of chemistry is no longer needed.

?The initial cost for the Fuji DryPix 4000, with the additional Mammography Kit, is about the same as a new mammography ?wet? processor,? said Trimyer. ?We use the DryPix for mammography only and purchased the kit for that, but it is able to print any type of modality needed from general radiology to CT and MR images. I understand there are larger models of DryPix for hospitals.?

The DryPix 4000 features a throughput of 110 to 160 films per hour and accommodates all common film sizes. It also offers an optional second film drawer and a top-mounted four-bin film sorter. Although a stand-up unit, the 4000 has a relatively compact design and a convenient 110V power requirement necessary for decentralized imaging applications and mobile use.

?Another advantage involves quality control [QC],? said Trimyer. ?To meet strict mammography imaging regulations imposed by the FDA, QC standards are addressed weekly [with DryPix] instead of daily, which is required by the wet system. This frees up the technologist and is another clear advantage over the previous printer systems. The current printer does give us minor problems with redundant error messages on occasion, but we respect its speed, reliability, and ease of use. It?s a very user-friendly system.

?The downside, as with any film processing, is if it?s down, it stops the work flow at a certain point,? said Trimyer. ?Patients can be seen and exams performed, but the studies cannot be put together and sent on to the radiologist until the films are printed. The DryPix holds all the information and, as soon as it?s fixed, starts printing all studies sent to it via the network. With the ?wet? processor, we could do the patients but would have to go into the darkroom, unload the film from the cassette, and store the exposed film in a light-tight container until we could ?run? them. A technologist would then spend the next 30 minutes in the darkroom running film.

?There will be a huge reduction in printing in the future,? Trimyer predicts. ?Our goal is to be filmless soon, but perhaps there will always be a need for at least one printer to cover special physician and patient needs for hard copy. Meanwhile, the two Fuji DryPix printers we have are doing the job very efficiently.?

Paul Harmer, radiology manager at Memorial Medical Center of Weillsville, Wis, employs an Agfa Drystar and Kodak Carestream DryView 6800 multimodality printer. Memorial is a critical care hospital with 25 beds. ?The DryView is mammography certified,? said Harmer. ?This means it provides a resolution of 50 microns or less, which is necessary for FDA approval.? The stand-up model 6800 features five film sizes, up to 200 films per hour, and high-resolution 650 ppi. It also prints a full range of modalities (including CR, DR, MR, ultrasound, nuclear medicine, PACS, digital fluoroscopy, and full-field digital mammography) and has separate sorting bins for each modality.

What the Future Holds

Even with excellent features, Harmer agrees with Trimyer on the ultimate fate of printers. ?Printing is going by the wayside,? he said. ?We still need 24/7 availability and the capability of printing directly from screen, but we use printers mainly for backup. Simply put, the drawback of a printed film is that doctor A can?t see the image if doctor B has it. This, of course, is not true with PACS systems.?

Summit Medical Group of Berkeley Heights, NJ, a multispecialty medical group serving patients in the New York/New Jersey metropolitan area, has eight Codonics printers, with four on their main campus and one each in their four satellite offices. They have more than 150 board-certified physicians providing care in 58 medical specialties.

Robert Fernandez, diagnostic imaging assistant administrator for Summit, says the group utilizes the Horizon Ci, GS, and SF series. ?We like the Codonics? multimedia capabilities, use of film or paper, and its small footprint,? said Fernandez. The Horizon series requires less than 2 feet of desk space and weighs less than 70 pounds. This makes it ideal for desk, counter, and mobile applications. ?The printers are fast, reliable, and efficient,? noted Fernandez. ?This is a big advantage over prior systems. There?s not much to ask for that needs to be added. Maybe Wi Fi capabilities, if the facility would like to pay for it.

?Since the Codonics printers are able to print to digital quality paper, our film costs have decreased,? said Fernandez. ?As for service, we use Codonics? ?swap? service, which is less expensive than traditional on-site service plans. If needed, a printer is shipped out to our facility the next day.?

In terms of cost, Fernandez says, ?The unit, maintenance, footprint, and transfer cost all affect the total cost of ownership or the TCO. We need fewer and fewer printers nowadays due to our PACS capabilities. Basically, we can move or transfer our Codonics printers from one room to another or from one site to another efficiently and at a minimal cost.?

Once again, the use of printers at Summit is somewhat limited. ?Summit is using the Codonics printers only for patients and physicians who specifically request film and/or digital quality paper,? said Fernandez. ?In the meantime, our PACS system can be set up to print to any printer and facility when necessary.?

Summit is also mammography certified. In this case, they use an Agfa Drystar 4500M, a high-resolution, high-throughput (up to 80 sheets per hour) dual media dry imager dedicated to full-field digital mammography. It also has a built-in macro densitometer that verifies film calibration and image quality. With a resolution of 508 ppi, the unit connects with other modalities, including ultrasound and nuclear medicine.

The Agfa 4500M is used for copy requests only. ?Summit Medical Group provides full-field digital mammography,? said Fernandez. ?Our radiologists are using dedicated workstations with 5 megapixel monitors in mammography. At the time we purchased the Agfa printing system, there weren?t too many FDA-approved printers for mammography, so it was kind of an easy decision for us. Today, if we chose to, we can certainly add the Codonics printers to our mammography units and workstations as a backup to the Agfa unit.?

Yet, as Fernandez observes, this unit also gets limited use. ?We print film only when patients request hard copies.? In the end, Fernandez concurs with Trimyer and Harmer. ?As other facilities become more in tune to the changes in technology with PACS and the use of CDs, I feel medical printing will slowly decrease and phase out.? Then again, that?s much like what has been said of the ?paperless office? in the business world. And yet paper and printers are still around. Only time will tell if diagnostic imaging printers will go the way of the dinosaurs or will always be in demand.

James Markland is a contributing writer for Axis Imaging News. 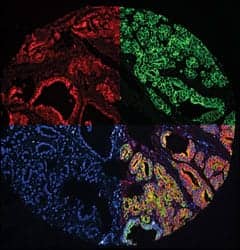 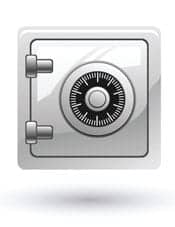 Challenge for a New Century