You Still on Earth? 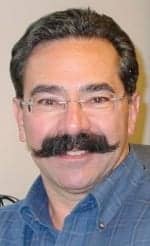 What medical imaging professionals should know about HIT, imaging, and meaningful use.

I feel like I’m reliving an episode from The Twilight Zone highlighting a race of aliens who land on Earth and offer to help. Humans are skeptical until they break the alien code and translate a book titled To Serve Man. Aliens solve Earth’s greatest woes including hunger, disease, and war. With continued code-breaking, however, the humans discover that To Serve Man is actually a cookbook. The aliens’ “gifts” are intended to make humanity complacent, much like fattening a pig before slaughter.   In the end, the narrator is aboard a ship heading for the aliens’ planet (likely for consumption!). To the audience, he says, “How about you? You still on Earth, or on the ship with me? Really doesn’t make very much difference, because sooner or later, we’ll all of us be on the menu … all of us.”I’ve thought often of this statement—and relate it to radiology’s current state in the context of health care reform.  Interestingly, imaging is “on the menu” to be excluded from stimulus incentives. This seems very strange since imaging has been a pioneer in setting standards for data exchange and interoperability, demonstrating workflow improvements through technology, and developing longitudinal health records (PACS). It would appear that imaging is exactly the model government needs to help launch EHR-related initiatives. So what accounts for this current state of affairs?  Just as we need to go to the beginning of The Twilight Zone episode to understand the human’s position, we must also start at the beginning of current health care reform. In February 2009, President Obama signed the American Recovery and Reinvestment Act (ARRA), which included incentives for use of health information technology. Specifically, $19 billion was slated for physicians utilizing an EHR, with reimbursement up to $64,000 per physician per year for 5 years. Specifics were to be developed by summer 2009. Hopes were high, and those pushing HIT were encouraged. As in The Twilight Zone, “humans” were offered a promising solution.

A committee was established to assemble a framework for administering this $19 billion program. The Office of the National Coordinator (ONC) was charged with developing IT, security, and interoperability standards, and creating a “meaningful use” matrix. The matrix would include attributes that a physician practice would be measured against to determine if the practice was really benefiting from an EHR. Reminiscent of The Twilight Zone, we were given a “cookbook,” yet we were challenged to decipher its contents.

In June 2009, the ONC invited various clinical disciplines to participate in developing meaningful use criteria.  Imaging, as a discipline, was not invited. By August, the ONC published a 2011-2015 overview. In this very detailed document, radiology was mentioned only once?specifically for a utilization measure in 2013. To me, the message was clear: We’ve got a cookbook and radiology professionals are on the menu!

During the summer, representatives from radiology providers and vendors joined with the American College of Radiology to form the Imaging e-Ordering Coalition. The group sought to develop a methodology to complement the ONC initiative. A Provider Roundtable subcommittee created a version of the meaningful use matrix that illustrates how imaging is part of the care continuum and how imaging technology complements the proposed HIT movement. In October, Coalition representatives met with the ONC to present our case. The presentation was well received, and the ONC indicated that it would take our comments under advisement. During RSNA, the Coalition hosted two panel discussions. What became clear at these discussions is that imaging is under attack. How is it that, in an area where imaging has been a leader, we are now lost in the current “noise” of news? Why are we not better leveraging our collective abilities to influence policy decision-makers?

In January, the ONC and CMS issued a revised “meaningful use” proposal. It included support for computerized radiology order entry and acknowledged decision support tools. Both will make imaging more efficient and transparent. Yet, “the not-so-good news is that despite the growing importance of imaging for diagnosis and treatment, specialty EHRs, such as radiology information systems (RIS), are still not recognized,” stated Nancy Koenig, Merge Healthcare president and chair of the Provider Roundtable. “To move this issue forward, we, as an industry, will be challenged to address issues of quality, to promote use of tools that provide transparency, and to speak up.”

Coming out of HIMSS, I was reminded that it’s all about technology. More specifically, it’s about technology that connects diagnostic equipment directly into IT systems; and scheduling systems performing multiresource contention decisions; and physician portals; and patient portals; and voice recognition; and on and on. Imaging has only recently come into the dialogue at the federal level and it’s still unclear how it will be included in the meaningful use matrix. To me, this simply doesn’t make sense.

I ask you, radiology colleagues, “How about you?  You still on Earth, or on the ship with me? Really doesn’t make very much difference, because sooner or later, we’ll all of us be on the menu … all of us.”

To learn more about the Imaging e-Ordering Coalition and its Provider Roundtable, contact Liz Quam () or Nancy Koenig (). 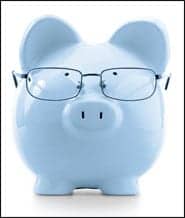 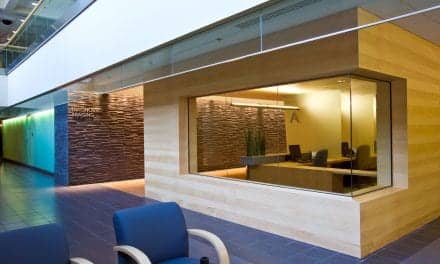 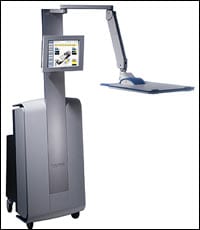