Yes, Virginia, the Formula Is Broken

Without reform, proposed cuts to 2008 SGR only hold promise of more.

It’s December: the time of year for such annual treats as holiday music, winter coats (or, as we call them here in southern California, long-sleeve T-shirts), and Congress stressing out the medical community with another looming cut in spending. It’s nearly like a picture print by Currier & Ives, doncha think?

As it has each of the past 5 years, the government has proposed reductions in the Sustainable Growth Rate (SGR) formula used to calculate Medicare payments for physician-related services. For 2008, it amounts to a 10.1% cut. Congress has found 11th-hour money to avoid the reduced reimbursement every year but 2002. As of my late-November deadline, Congress has brought no tidings of comfort and joy on the subject for 2008.

And as sure as I’ll be shopping on Christmas Eve, we’ll all be walking down this same path next December—despite the fact that nearly every medical organization has demanded an overhaul. The American Medical Association (AMA) has called for scrapping the SGR entirely. The American College of Physicians (ACP) has asked Congress to replace the 2008 cuts with increases for 2 years that don’t simply delay a negative impact, as has been happening.

Put another way: “The cuts will accelerate the collapse of primary care, create access problems and manufacture obstacles to fundamental reform of physician policies. It is essential that lawmakers agree on an immediate fix that will provide positive and stable updates, support patient-centered care coordinated by a personal physician, and create the building blocks for long-term reform of a flawed payment system.”

I’m sure ACP President David Dale, MD, FACP, wanted to wish that lawmakers’ days be merry and bright, too, but I didn’t see the draft version of his comments.

Permit me to digress for a moment. For a series of about 5 years, I asked Ol’ St Nick for a motor scooter. Never got one. It finally occurred to me that asking for the same thing and expecting a different result was futile. I could promise to tend to the yard and eat all the liver and onions my mom could fry; a motor scooter just wasn’t in the cards.

Maybe the Senators have a different experience, and that’s why they keep pitching stopgap measures that only delay the inevitable. The last time Congress halted cuts—about 5%—in 2006, they failed to find money to fill the gap in 2007. So for 2008, the industry faces double the cuts.

So, amid calling up old friends and distant family this holiday season, make the phones of your Representative and Senator ring ting tingle-ing, too. Tell them the formula is broken. Offer a suggestion how to fix it long-term. Remind them that Election Day 2008 is a mere 11 months away. Without action, another round of threatened spending cuts will only be 11 months away, too. 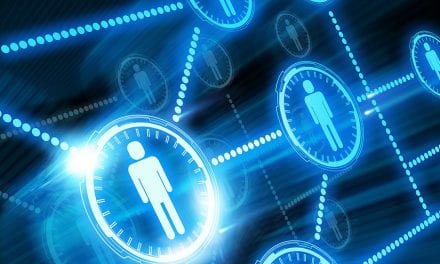