New technology may be the visible sign that imaging has advanced, but the philosophy that underpins these improvements can be evidence of an emerging  sea change in care. Philips Healthcare’s new suite of multi-modality breast imaging  devices is a perfect illustration.

Speaking to Tech Edge, Pat Venters, vice president Women’s Healthcare and Oncology Care Cycle Program, said the company’s new Integral Breast Workspace is meant to take a patient through the entire care cycle, from screening to diagnosis to treatment to post-treatment surveillance and follow-up. The entire system is designed to give radiologists and clinicians access to multiple images—including  baseline and historical scans—on a single workstation. The system is vendor-neutral to aid in accessing images across the enterprise, integrating BI-RADS reporting for mammography, ultrasound, and MRI, all with single click comparisons.

The Integral Breast Workspace includes the company’s MammoDiagnost VU viewing station, multi-modality breast applications (mammography, ultrasound, MRI), and DynaCAD Enterprise Solution for advanced data analysis. The integrated approach to reviewing data and making diagnoses and treatment decisions stems from observations that Venters and other members of the Philips’ team saw when visiting radiology departments during the development process. “I walked into a reading room and there were all these monitors and the radiologists had to go from monitor to monitor to try to make sense of the patient data,” she said.

This resulted in too much data from too many modalities in too many places, which meant that gaps in the care cycle could occur, sometimes with adverse results. Philips’ solution is designed to close those gaps, including eliminating  the lag between diagnosis and treatment, and make all the disparate information centralized, easily accessible, and understandable to improve care for women.

Venters said that Philips’ commitment to women’s imaging  is simply an acknowledgement of demographic realities. Because of their longer lifespans, women are becoming the majority in so-called mature markets such as Europe and the United States. What’s more, economic power is a factor—women make up to 80% of care decisions for their families and are, increasingly, not accepting (as their mothers and grandmothers did) that certain diseases are the cost of aging.  It is the philosophical commitment to patients first as much as the resulting technology that makes the company stand out among its competitors, according to Venters.

Philips has an array of other offerings for the breast care market that it is already offering throughout the world, including developing markets, and is in the process of getting government clearance to offer them in the United States. 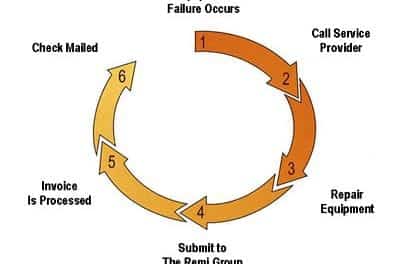