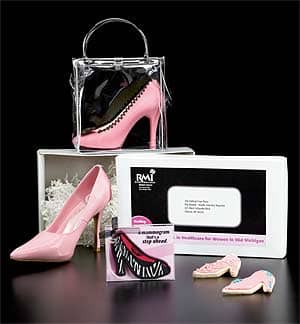 The team at trg Marketing Works prides itself on creating attention-getting campaigns and promotions such as this one for radiology practices.

Radiologists are smart. Spending upward of a decade in the rigorous exam culture of college and medical school, doctors-to-be must have the right answers or find a new career. Nevertheless, doctors often stumble on a seemingly simple question: “What differentiates you from your competitors?” It’s not a question that will make or break anyone’s MCAT score. In fact, it’s not even on the test. But Tina Rudisill, the person asking the question, thinks it is vital that everyone in the field know the answer. “If you say it’s your great equipment and your board certified physicians, you’re not there.” Rudisill is also smart. She knows that not having the right answer could be just as detrimental to someone’s medical career as flunking a final. So, Rudisill teaches doctors how to reconsider their approach to answering the question.

Rudisill purchased trg Marketing Works in 1996, her sixth year with the company. Based in York, Pa, Rudisill and her agency soon found themselves on the national stage. “Some of the things we were doing [for a radiology client] caught the attention of the Radiology Business Management Association (RBMA),” said Rudisill. “The marketing person for that client was asked to speak at an RBMA conference about their approach. But she said we should be the ones presenting. The rest is history.”

Her impact on the industry continues to grow, but Rudisill’s philosophy has stayed the same. “To the general public, an MRI is an MRI is an MRI,” she said. “There has to be something more; there has to be something different. Coming from a referring physician, there’s already an expectation that there’s a good radiologist, that the equipment is right.”

Identifying and communicating that “something different” to the public frequently breaks down at three junctures.

First, the question of differentiation Rudisill posed isn’t just being answered incorrectly—it is often ignored altogether. Some doctors don’t think it applies to them. “I think that, even today, medical specialties such as radiology really lag behind in this arena,” said Gail Schwartz, healthcare category manager at Marketing Works. “They just never thought they had to do marketing. It used to be a dirty word.” She says the idea caught on with hospitals in the early 1990s, but smaller, independent practices struggle to go beyond the technicalities of their business.

The second issue has to do with execution, which can affect even those who buy into the importance of marketing. “Doctors are looking for ways to grow their business, but they often just don’t know how to do it,” said Schwartz. “They’re doctors practicing medicine. They’re not always business savvy.”

The last tripping point, and the most important one, has to do with replacing a narrow definition of what marketing is with something broader, a definition that is neither consolidated into a single department nor limited to the parameters of an advertising campaign. “I don’t care if you’re the CEO or the janitor,” Rudisill said. “You’ve got to have skin in the game.” Rudisill works to expand her clients’ definition of marketing. While some treat marketing and advertising as synonyms, she sets the two apart: “It’s not just making pretty pictures and developing ads. You can’t say, ‘Oh, my numbers are down, let’s throw up a billboard.’ It doesn’t work that way. Let’s use the word culture instead of marketing—it’s developing a culture that we’re proud of and explaining that to our public.” 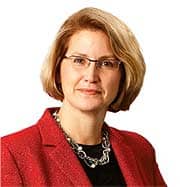 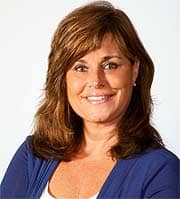 Assessing Your Practice, Understanding Your Patients

Anthropology is the study of culture. So, when working with an office’s culture in mind, it’s fitting that Rudisill, Schwartz, and the 21 other associates at Marketing Works begin the process with sober, exacting methods that seem more like graduate-level anthropological research than the buzzing, helter-skelter atmosphere one might expect from a team of marketers.

“We do a full-blown assessment of new clients,” Schwartz said. “We spend a couple of days in their market. We sit in their waiting areas. We listen to phone conversations. We do one-on-one interviews across the organizationâ€¦not just leadership. We are looking for things that are aligned or unaligned: Do they have a common set of goals? We ask them how they think they are perceived. We want to know about their competitors. We want to see data. We can’t give good advice without it. We need referral data, patient origin data. Some people are reluctant at the beginning, but this isn’t fluff—we need some substance.”

The assessment period can last 12 weeks. After a small team has collected the data, a bigger team at Marketing Works analyzes it. The team draws from it, such as retail and hospitality industries do, when they examine the expectations being set at radiology practices. “We’ve been able to bring retail thinking—that focus on the customer—to health care,” Rudisill said. “We’ve gotten our clients to not call patients ‘patients,’ but to instead call them ‘guests.’ Think of all the things you do for a guest who comes to your house, all the things you do to prepare. Your whole mindset changes.”

Some might be hesitant to group medical practices with service industries like hotels and restaurants. But for Schwartz and Rudisill, the alternative is akin to ignoring the obvious. Hotels and restaurants that thrive do so because they work hard to go beyond satisfying the basic needs of their customers. “If you’re just meeting expectations, you’re not doing anything memorable,” Schwartz said. “People who remember are those patients who refer.”

“Look at a Starbucks,” Schwartz said. “There’s an expectation when you walk in—you know what you’re going to get. That’s by design. Someone thought about it.” When Rudisill and Schwartz walk into a radiology practice, they often find the same pattern: “We call it chair-on-the-wall syndrome,” Schwartz said. “It’s a very clinical feel. So we ask, ‘What do you want to present to people?'” When doctors rephrase the question like that, they realize that “chair-on-the-wall syndrome” is not what they want to project.

Rudisill and Schwartz say that presenting unaligned expectations is a problem commonly seen in practices that have multiple locations. The locations might share similar letterhead, but if a patient has a different experience, they struggle to connect the multiple messages. If the locations don’t present a cohesive, consistent identity, they might as well be unaffiliated.

Cultural change doesn’t always come quickly. Rudisill and her team typically lay out a 15- to 18-month strategy for clients following the assessment period. Clients usually begin to see change about 12 weeks in. When Marketing Works does roll out advertising materials, they are looking to make people “stop in their tracks and pay attention.” A past campaign put a basket of socks in a gym with a heavily female clientele. Printed on the socks was the phrase, “sock it to breast cancer,” and the information clients needed to get screened.

Although catchy slogans go hand-in-hand, that creative side of marketing is like a trailer towed by a truck: It only moves when the internal strategy is firing on all cylinders. And for that, Marketing Works can only do so much. “We don’t live there,” Schwartz said. “You need internal champions. You need navigators. The groups that really pay attention to that really do a great job.”

Marketing professionals, such as those who work at Marketing Works, can help radiology practices find what differentiates the practice and then leverage that distinction in an effective marketing campaign. But practices that don’t have access to the pros aren’t without options. Rudisill says the first step is being objective about your culture. Taking a clear picture of the internal situation will help inform where to focus your energy, a task that shouldn’t be difficult to grasp; after all, it’s a concept that radiologists and others in the imaging field already employ daily. That, and they’re smart.