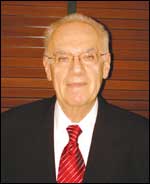 The hand-carried ultrasound market will top $1 billion by 2011, according to a report by ultrasound industry analyst and consultant Harvey G. Klein, PhD, president of Klein Biomedical Consultants Inc, New York City. The report, The Hand-Carried Ultrasound (“HCU”) Market: A Disruptive Technology?, also names three projected market leaders by 2009—GE Healthcare, Waukesha, Wis; SonoSite Inc, Bothell, Wash; and ZONARE Medical Systems Inc, Mountain View, Calif. Medical Imaging spoke with Klein about some of the finer points of his report, which can be purchased for $10,500.

MI:  How was the study conducted, and what was the methodology?

Klein: The methodology is really simple: I talk to everyone. I’ve been involved in ultrasound for 31 years now, and I’ve been a consultant for most of the companies in the business. So, it’s a matter of talking to as many people as possible to get a feel for what’s going on.

MI:  What is the potential margin of error here? One billion dollars by 2011 is a pretty big figure.

Klein: One could give a low estimate, a middle estimate, and then an optimistic estimate, but I’m finding that my clients don’t really want that—they just want my best estimate. I’ve been doing forecasting for a long time, and frankly, it’s not easy—the overall market has shown inconsistent growth over the years. It’s extremely difficult for my clients to forecast accurately.

MI:  What are some factors that will contribute to this growth, in your opinion?

Klein: The traditional markets have always been dominated by cart-based systems, but as we begin to see the performance of the small systems get better and better with every new generation, they will compete more effectively with their larger brothers.

MI:  How did you determine the market leaders that you named?

Klein: I’ve been tracking this market since the very beginning. I understand each company and the strategy. It’s just a matter of putting it all together and figuring out 1) who has the momentum, 2) what new products are coming, and 3) who has the commitment, which I think is very important. When I talk about commitment, certainly SonoSite is committed. GE has what appears to be a big commitment. So, I factor in commitment, strategy, and how much money a company has. Having said that, companies do stumble on occasion. Certainly, when you have a lot of companies getting into the business, there’s a lot of uncertainty.

MI:  What else does the report contain?

Klein: I [include] models in the market, breakdowns of all the major companies, spreadsheets by product as well as by market segment, and fair amounts of international data. I go into some of the technology, but because I’m not an engineer, I didn’t spend that much time on the technology.

MI:  you think that hand-carried ultrasound is a disruptive technology?

Klein: The answer is yes and no. If you look at some of the very small markets that SonoSite began developing, even though some of those markets were around for many years, it didn’t really disrupt anything because it didn’t actually replace any systems that normally might be purchased. So, in some respects, it wasn’t disruptive. On the other hand, the fact that the systems were small and could be carried around—even though the image quality used to be pretty bad—really opened some of the physicians’ eyes to ultrasound. Where they might have referred patients in the hospital to the radiology department, it allowed the emergency medicine physicians to perform the scan themselves. So, I’m not 100% sure it’s disruptive. It will be disruptive if it takes a large percentage of the market away from the cart-based systems, and right now, it really hasn’t.

MI:  But you’re predicting that it will.

Klein: It’s going to. Absolutely. I don’t think that it’s going to take the place of what we call the premium systems in the market, because they keep getting better in terms of performance. I don’t think hand-carried ultrasound will ever replace those systems. But there’s a pretty good chance that over the next few years, a high percentage of the lower-performance systems will be replaced.

Mammography is not perfect, but it is the gold standard for screening breasts for cancer. When mammography indicates that something is wrong or is inconclusive—as it often can be with dense breasts—physicians turn to a second modality, ultrasound or MRI, for confirmation and additional information.

MRI has been touted as the most sensitive modality, but its expense keeps it from being ideal. Ultrasound is less expensive than MRI and a better differentiator, but also has not been perfect.

“Conventional ultrasound has had image acquisition problems with operator dependence and image manipulation limitations, making it difficult to save, store, slice, and dice images,” says Joe Pepper, PhD, president and CEO of U-Systems Inc, San Jose, Calif. In response to this need, U-Systems has introduced an ultrasound machine, branded SomoVu, which increases the field-of-view of the transducer, automates the image acquisition, and captures three-dimensional images that can be saved and stored for viewing and manipulation at a later time.

The Same Way Every Time

The device is used at Mammography Specialists on a variety of patients. “No one is excluded. There are many reasons to check with ultrasound,” Smathers says, adding that the examination has been particularly useful for patients with dense breasts or abnormalities found during mammography.

When a lump is discovered, the risk of finding another rises, and so both breasts must be examined carefully. Dense breasts and scarring, seen in patients with previous cancer history who require regular screening, can pose challenges in mammography. Pepper estimates that in the United States, approximately 40% of women of screening age have dense breast tissue. “In Asia, that figure rises to about two thirds,” Pepper says.

Citing new research that indicates dense breast tissue may be tied to an increased risk of breast cancer, Pepper highlights the importance of being able to see through and into the tissue. “A woman could get a clean report for an annual mammogram but have dense tissue hiding cancers that won’t be found until something becomes palpable or another symptom develops,” he cautions. Treatment at later stages can be more difficult or less successful.

The SomoVu helps to provide an accurate examination with a larger field-of-view on the transducer so that more data is collected per scan. The movement of the transducer is automated and controlled by the device, assuring reproducibility at later examinations.

The patient lies supine with the tech standing bedside. The transducer is placed on the breast with light, stabilizing pressure—not compression, Pepper notes. The instrument senses the proper parameters and begins its scanning at a spot toward the middle of the breast. The device will begin at this spot every time and scan in the same pattern, permitting easier comparison over time.

“Each scan takes about 60 seconds,” Pepper says. “The average exam is 12 to 15 minutes in length and captures one to three views per breast. Once a view is complete, the tech pushes a button to transmit the scan to the reading room. Two minutes after the scan is done, the 3D data sets have been constructed, and the image is ready for review.”

The process saves the physician time, although it does not necessarily shorten examination times; at Mammography Specialists, physicians still scan suspicious lesions with a handheld transducer and then perform the SomoVu examination.

“Compared to doing just a handheld exam, the 3D imaging takes longer to acquire, but that is not its main value,” Smathers says. “The instrument saves time in having to examine both breasts in their entirety—I don’t personally have to cover every square inch of the breasts with the handheld.” He notes that such an examination can be an intensive 5 to 10 minutes, and occasionally even 20 minutes. This is reduced to 2 minutes for each breast with the SomoVu.

The reading can go more quickly as well. “Using the coronal angle, it is very easy to differentiate scarring from a lump or cancer recurrence,” Smathers says. Pepper notes that another angle permits easier detection of invasive lobular carcinoma, which can have a thickness of only one cell.

Second readings also are easier. The images can be saved for later viewing and printing, rather than having to be read as they are acquired. And the reimbursement, coded for 3D imaging, is reasonable. “It’s a fair reimbursement for an intensive exam,” Smathers says.

Pepper notes that the break-even point occurs at about two patients a day. “The price of the instrument is comparable to that of high-end ultrasound machines and significantly lower than digital mammography systems,” he says. “With the workflow efficiency gains, a reduction in overhead, and the new 3D reimbursement, a center can more than cover the monthly payment on a 5-year lease to acquire with two patients per day.” But, of course, the impact on patient outcome is immeasurable.

“It’s good for patients and the insurers,” Smathers says. “We get a reproducible, objective, thorough study. The price to the government, patients, the individual clinic and doctor, and health care as a whole for a missed lesion is high. [SomoVu’s] value lies in excluding other lesions.”

Renee DiIulio is a contributing writer for  Medical Imaging. For more information, contact . 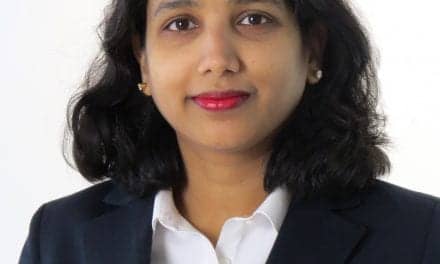 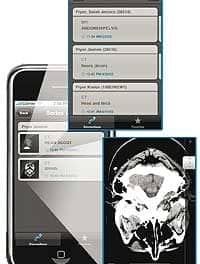