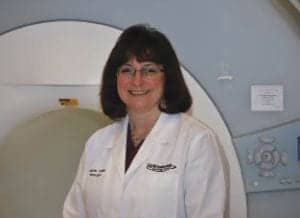 On May 10, 2010, the American College of Radiology (ACR) launched its Breast Magnetic Resonance Imaging Accreditation Program (BMRAP). One of the first facilities in the country, and the first in western New York, to achieve this accreditation is Windsong Radiology Group (WRG), a large private imaging center with a special focus on breast imaging, in Williamsville, NY.

Windsong, founded in 1987 by Janet Sung, MD, started as a practice predominantly oriented to women’s imaging. According to the group, it has diversified and grown to become the second largest freestanding diagnostic imaging center in the United States. More than 320,000 procedures were performed at Windsong Radiology Group last year. Of those, approximately 3,000 were breast MRIs.

Already accredited as a Breast Imaging Center of Excellence, Windsong set a high standard of excellence for the staff and the 12 additional radiologists who have since joined the practice. WRG recently opened a dedicated women’s imaging suite at their main campus in Williamsville. It is no surprise then that Windsong is one of the first facilities to have sought and gained BMRAP accreditation.

The Breast Magnetic Resonance Imaging Accreditation Program was developed by the ACR Committee on Breast MRI Accreditation. Like other ACR accreditation programs, BMRAP enables facilities to improve and maintain the quality of their breast MRI services through a peer-review assessment of their processes, equipment, and quality of images.

When asked why Windsong Radiology Group sought this particular accreditation, Laurie Fuller, manager of the CT/MRI/PET/Nuclear Medicine programs, explained that WRG has always sought to provide excellence in patient care and image quality. “The ACR accreditation is like a gold standard in the whole medical imaging world. Our standards are generally over and above. This was really just a formality. We knew that we met the standards, and we might as well have that noted.”

In addition to the distinction of an ACR accreditation, WRG completed the breast MRI accreditation process in order to maintain eligibility for reimbursement for breast MRI procedures after January 2012. The mandate put in place by the Medicare Improvements for Patients and Providers Act of 2008 (MIPPA) included a deadline of January 1, 2012, for what it considers to be all advanced imaging services to maintain an acceptable accreditation. “We had already been accredited in all the other modalities. This was a brand-new modality so we wanted to get right on top of it. Now we are all set for 2012,” said Fuller.

ACR lists approximately 70 facilities that have been accredited by BMRAP and more than 180 imaging centers currently in the review process. With a lengthy and stringent application and review process, it helps if your center already performs at the required level of patient safety and image quality. The accreditation process can take anywhere from 4 to 6 months. The accreditation is valid for a 3-year period. In some cases, a provisional 1-year accreditation has been granted.

Windsong Radiology Group applied as soon as the online application became available. An application was submitted for both of their MRI sites, their main Williamsville (Windsong) campus and their Hamburg location. Once the ACR received this online application, along with the application fee of more than $2,000 per site, they mailed out a testing package to Windsong with a submission deadline of 45 days to complete it.

Windsong Radiology Group ranks among the first facilities in the country to achieve breast MRI accreditation from the ACR.

For each MRI site, WRG was required to submit two bilateral breast MRI studies. “Basically, they want to see a normal study and an abnormal biopsy-proven malignancy study,” said Fuller. “We do a lot of [MRI] studies, so we didn’t have any problems doing this. I would have to say that the biggest challenge is that it’s a very time-consuming process.” Along with the two clinical studies, they were required to submit their annual standard performance results on their equipment. A quality assurance questionnaire was also required that questioned things like report turnaround time, and patient safety and confidentiality standards. The information gathered and submitted for the accreditation process included credentials for all the physicians involved in interpreting the MRI studies as well as all the technologists conducting them. Also, the medical physicists who are employed to check the equipment every year needed to have their credentials submitted for review.

“When you send your package back [to ACR], they have a 3-month window. That is where the time comes into play,” Fuller said. “They not only look at image quality, but how you label your images. They look at your patient positioning protocol, the quality of your physician reports. One thing they are really big on is to ensure that every image is properly labeled. And if there is any label missing, from one image even, it’s an automatic failure. You have to be very, very precise… First our Windsong location received accreditation in September. Our Hamburg location took just a little bit longer because we don’t do quite as much breast MRI there, and we were very picky about the two studies that we wanted to submit. So we received accreditation there in November.”

Seven physicians and eight technologists staff the breast MRI program at WRG. Along with the two physicists from an outside agency who consult with WRG to conduct their annual equipment testing, they must maintain a certain amount of CME credits on the specific topic of breast MRI in order to retain their accreditation. “You have to notify the College of Radiology [ACR] if anything changes with your personnel or your equipment,” added Fuller.

Not only the staff, but also the equipment’s capabilities, need to measure up to the ACR’s standards. WRG maintains three MRI suites, two of them (one at each site) dedicated to doing breast MRI. The two Siemens MAGNETOM Espree 1.5T Open Bore MRIs are set up with a very specific type of coil in order to perform breast MRI studies.

In addition to the screening breast MRI procedures routinely conducted on high-risk women, another critical service provided at both MRI locations of the Windsong Radiology Group is the ability to conduct breast MRI biopsies. “It’s an expense and an expertise. Not all our radiologists do the breast MRI biopsies. It’s just very carefully trained radiologists who do this and have an interest in this area. They have to maintain the credentialing according to the ACR to be able to continue to offer both MRI diagnostic readings and the biopsies,” said Fuller, adding that during the accreditation process, “we had to comment on whether we had that capability and whether we are doing them.” According to the BMRAP requirements on the ACR Web site, “facilities performing breast MRI must have the equipment to perform mammographic correlation, directed breast ultrasound, and MRI-guided intervention, or create a referral arrangement with a cooperating facility that could provide these services. The cooperating facility must be accredited by the ACR in breast MRI (or, until May 10, 2011, has had an application for breast MRI accreditation accepted by the ACR).”

One WRG radiologist conducting breast MRI biopsies is Cynthia Fan, MD, who recently submitted an abstract for presentation on her retrospective analysis of the impact of presurgical breast MRI on surgical planning. According to Fan, presurgical breast MRI has been generally accepted as standard care for newly diagnosed breast cancer patients since 2007, when 3.1% contralateral malignancy detection was originally reported in the ACRIN 6667 trial. Fan’s preliminary results based on data from 445 patients seen from November 2008 to the end of October 2009 suggest an even higher percentage of additional malignancies detected through presurgical staging MRI and biopsy than the ACRIN trial had shown; 78 additional malignancies were discovered among the 445 cases (17.5%), of which 24 cases were contralateral breast cancer (5.4%).

As a full-service women’s imaging facility, WRG is able to handle a breast cancer patient’s imaging and biopsy requirements from the original diagnostic testing and initial biopsy through to the presurgical staging MRI and second MRI biopsy, if required. “This is typically conducted all before the patient even meets with the breast surgeon, so that one complete surgical plan is possible,” said Fan.

According to Fuller, until BMRAP, there was nothing to differentiate a women’s advanced imaging facility from those centers that provide advanced imaging in general. “It’s a good means of assuring not only to patients and the referring physicians but also to our providers that we are providing quality service to our patients.” 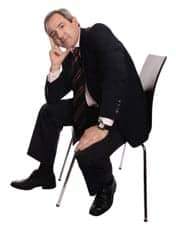 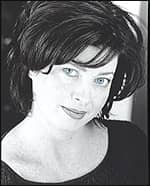