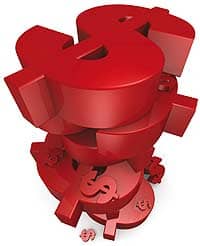 Ideas for Hospitals, Centers, and Practices

In today?s challenging health care environment, many practices have been looking outward for new revenue streams. Radiology Associates of Clearwater (RAC), Tampa Bay, Fla, was one of them?that is, until it set its sights upon something closer to home.

Using a relative value unit (RVU) scale, the group decided to look inward at how it ran the practice in order to maximize how it used its revenue.

?Our size and the number of staff we have allow us a lot of flexibility to plan strategically, looking at how we run our practice and making it more efficient,? said Barry Kraus, MD, vice president of RAC. ?We looked inward in trying to manage ourselves better to work with revenue that we have, more so than looking for additional income streams.?

Five years ago, RAC merged with another smaller practice to form a large group, bringing the total number of radiologists up from an initial 18 to today?s 39. Since Kraus started 13 years ago, RAC went from working with one hospital and four imaging centers to four hospitals and seven imaging centers.

To cope with the challenges that arose from its expansion, RAC has been evaluating physician productivity with the help of Medical Management Professionals and its RVU system. Kraus emphasized that it?s not done as a punitive measure, but rather as an opportunity to assess an individual radiologist?s skills and determine where to place radiologists in a certain shift. RAC?s digital PACS has played a key role in allowing the practice to break down the walls in how doctors read cases, Kraus said.

?We?re leveraging the electronic data to help us decide where we want to put people and when we want to put them there,? he said. ?Our point of view is that we?re not collecting this to be punitive to radiologists who are not producing. It?s more of a biofeedback. We?re doing this to show everybody individually where they are because, without the data, we?ve found that some radiologists have had misconceptions about how they were working.?

Another strategy that RAC has employed is geared toward its relationship with its referring physicians and health care system.

RAC uses a triage system in which it reads the most urgent cases first. For example, emergency department exams get read before anything else, which proved to be a very large satisfier for referring physicians, according to Kraus. The practice has also assessed the duration of its turnaround times and broken them down by day and night.

Kraus explained that in the past, radiologists were assigned to shifts based on a guessing game, or for the sake of convenience. As a result, reading exams would sometimes be delayed even though they were urgent. ?We recognized that was not the right thing to do for the new paradigm,? Kraus said. ?We?ve started to put people in shifts that match more of the workflow, and we can do that because we know when the busy times are during the day and where we need to put people.?

Practice administrator Pat Epting said the practice has also set itself apart from other groups in that it utilizes its own in-house staff for overnight reads. ?We felt that was a great lead for us from the relationship standpoint with the hospital, where we actually have our own staff covering the night shift,? he said.

Kraus added, ?Our referring physicians are ecstatic when they can call a phone number in the middle of the night and get a live radiologist who is actually there in the hospital.?

Rhode Island-based Insight Health Solutions (IHS), a developer of risk management and quality improvement software solutions for the health care industry, has released RadiologyInsight, an automated peer review management system designed to improve radiologist workflow and ensure regulatory compliance. The company hopes that the new product can remove the overtime aspect out of the overread process. 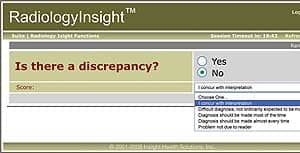 IHS says the technology is the only statistically valid peer review system that assigns overreads to qualified physicians by subspecialty. Total review steps are minimized to as few as four mouse clicks.

A percentage of cases are randomly selected based on the facility?s requirements and assigned to another reader who is a specialist in the type of exam. Explaining further, Gita Afshar, president of IHS, said, ?It then randomly distributes the cases among the pool of readers in each subspecialty group. The software application identifies standard of care issues and escalates discrepant cases for investigation and final disposition. In addition, RadiologyInsight integrates with the hospital?s overall quality improvement initiatives and physician reappointment process.?

Jonathan Movson, a radiologist for Lifespan, affiliated with Brown University in Rhode Island, said his practice approached IHS to co-develop the tailored solution. His practice already was using a suite of quality control applications from the company, and its radiologists hoped to create a product that addressed some of their unmet needs.

?We were using a paper-based system to do physician overreads,? Movson said, describing radiologists? work environment prior to using RadiologyInsight. ?It was very cumbersome and difficult to manage, and had poor compliance.?

Recalling the earlier inefficient process, Movson said back then radiologists themselves selected cases for overread and pulled them out. As a result, ?they weren?t randomly selected at all and there was a lot of bias in the way people chose their cases,? he continued. Additionally, doctors were required to fill out a form and manually add the patient?s name, age, medical record number, the modality used, the date, etc. ?Now they don?t have to do any of that,? Movson said. ?All of the information is captured in the background. The application [RadiologyInsight] interfaces with our radiology information system and gets all the information from there.?

After radiologists complete the American College of Radiology?s agreement scale, every case gets ranked and all of the information is collected and reviewed by Lifespan?s quality control officers. Quality control then makes a determination as to whether the radiologist who performed the read is correct or incorrect.

According to IHS, RadiologyInsight meets the evolving compliance requirements from The Joint Commission and anticipated ?meaningful use? standards. The company points out that the new application enables facilities to produce physician profile reports for evaluation, feedback, and reappointment processes in support of The Joint Commission?s Ongoing Professional Practice Evaluation requirements.

?Plus, it is intuitive and fits into the radiologist?s workflow without disruption,? Afshar said.

Fully customizable, the Web-based system uses an HL7 interface data feed and is available for integration into information systems in facilities with and without a PACS. Pricing is based on the number of radiologists, as well as the number of exams performed.

For a large health care provider like San Diego-based Imaging Healthcare Specialists (IHS), it can be quite a challenge to keep track of the different contracts it has with all its payors.

The group?s billing services team works to determine whether they are actually getting paid the right amount. However, as IHS? chief operating officer Tom Cleary knows, often they don?t really know if a processed claim does indeed match the contracted rate. ?They can only hope,? he said, adding, ?There?s a lot of hope, especially in health care.? 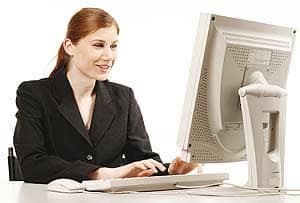 However, after outsourcing its entire billing operations to Zotec Partners, IHS is no longer relying on hope. Instead, it is focused on auditing the results.

IHS, which has two hospitals and 15 imaging centers in its network, was formed 5 years ago as a result of a merger between Radiology Medical Group and Open Air MRI centers. While Open Air MRI had hired Zotec to handle its billing, Radiology Medical Group used an in-house billing department that employed 48 full-time personnel. When the two entities combined, the companies compared their services and looked at their results.

?It was a pretty big human resource challenge,? Cleary said. ?What we learned in talking with other people who had outsourced their services was we could find someone who knows the business. If that?s their core mission, that?s probably more appropriate for us. Our core mission is to provide highly expert imaging services and not to provide highly expert billing and collection services.?

According to Cleary, Zotec can process their claims using a highly sophisticated computerized network that is fully automated. Zotec?s proprietary software enables the group to verify that all payor disputes are resolved and it collects any monies it is owed.

?We are really committed to using technology to the best of our advantage in order to be more efficient,? Cleary said. ?They have continually updated their technology to make us state of the art.?

Since signing on with Zotec, IHS has seen a decrease in days outstanding, according to Cleary. It also gets its money faster than before. Zotec performs background checks, overlooks collection processes, and makes sure clients are HIPAA compliant. IHS has been so satisfied with Zotec?s services that they decided to renew their contract with the firm in 2008.

Ultimately, group members appreciated Zotec?s decision support systems for their ability to provide meaningful information?not just data. ?If we are making mistakes or not gathering data in a timely manner, Zotec Partners can help us train our staff on how to do a better job,? Cleary said. ?They can also help us negotiate with a payor by giving us more information about our relationship with that payor. With their broad base of clients across the country, they can keep us abreast of what is going on from one region to another.?

According to IHS, the group is saving $400,000 annually, representing a total savings to date of $1.6 million. 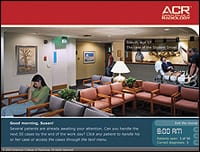 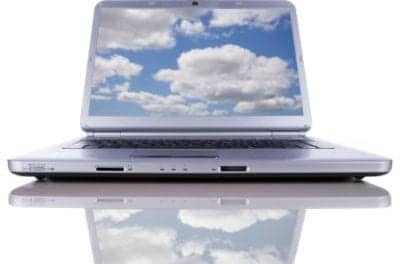 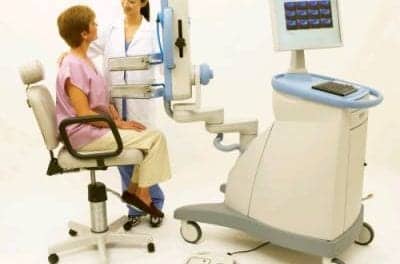 The ROI of PEM