A Triple Threat in the Making 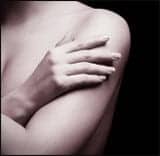 New imaging technology is introduced every year at the Radiology Society of North America (RSNA). Yet for every new device on the convention room floor, there are more waiting in the wings while they’re being developed in the laboratory.

Duke University’s Multi-Modality Imaging Laboratory (MMIL) in Durham, NC, is one of those laboratories that hopes to have not just one, but three unique 3D breast imaging technology inventions on the RSNA show floor someday. Yet even with its Duke pedigree, National Institutes of Health (NIH) funding, and recent national attention on Good Morning America, MMIL scientists recognize that it is a long road to Chicago.

It was Tornai who first conceptualized the three modalities (in addition to others) for which MMIL is gaining national recognition. He had worked with early versions of miniaturized breast nuclear medicine gamma cameras as a graduate student at the University of California, Los Angeles, but those were 2D imaging devices.

Arriving at Duke in 1997, Tornai remembered these cameras and believed he could go several steps further: He could create several 3D breast imaging systems with off-the-shelf parts. Two years later, he received a small grant that enabled him to begin work on the first of these systems, a single photon emission computed tomography (SPECT) 3D breast imaging system. However, his intention was to produce a computed mammotomography (ie, 3D breast CT) scanner, followed by a hybrid SPECT-CmT device that would allow radiologists to image a breast with both greater sensitivity and specificity.

But it was not until 2002, after receiving a generous grant from the NIH, that Tornai officially opened the doors of MMIL in a 1,500-square-foot facility.

Since then, with the help of graduate students, Duke faculty, and various grants, Tornai and McKinley have constructed three prototypes based on Tornai’s original concepts, and they are now awaiting patent confirmation. Once that is approved, the team will be a step closer to commercializing the inventions through Zumatek and reserving a spot at a future RSNA.

According to Tornai, the SPECT system that MMIL has developed is the smallest clinical SPECT in existence that can image breasts in 3D. The patient is injected with a radiolabeled tracer designed to enhance tumors. Currently, Tornai is using Tc-99m-Miraluma (aka Tc-99m Sestamibi) from Bristol-Meyers Squibb Medical Imaging, Billerica, Mass.

The dedicated technique is similar to imaging with larger conventional nuclear medicine gamma cameras, but the process changes when the patient lies face-down on a specially designed table with an opening for her breast. There is no breast compression. Instead, with the breast hanging down, the gamma camera moves around the breast three-dimensionally, collecting many images, and then creating a 3D image in a computer offline.

Aside from patient-friendly image acquisition, the MMIL’s 3D SPECT system has several advantages over a larger nonbreast-dedicated SPECT or digital mammography.

First, the camera’s imaging system is agile enough for close-up shots of a section of the breast, or even to tilt up and image beyond the breast into the chest wall.

Tornai adds, “Another advantage from a physics and engineering point of view is that by moving around three-dimensionally, you more completely sample the volume. In other words, for every picture you take, you take a better picture than if the camera was just stationary or moving in a simple circle.”1

In terms of markets, Tornai sees the SPECT being used both for lesion diagnostics and also for therapeutic monitoring of treatment response.

After successfully constructing the SPECT prototype, MMIL tackled fabricating the 3D CmT system. With fresh funding from the NIH, Tornai and McKinley started buying and gathering off-the-shelf components. These included an x-ray tube and a digital flat-panel detector the size of a laptop, and a similar system that would enable the 3D movement. After putting it all together, McKinley wrote and refined the software needed for the various parts to synchronize and create a 3D scan.

McKinley admits that the team was quite amazed when they did their first scan and it worked. He said, “We were initially hand-turning things, and the scan took about 6